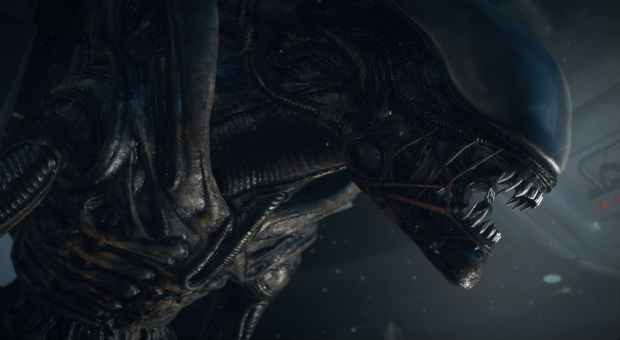 Hatsune Miku all up in here, holla!

Once your heart’s broken, what do you do? I only want some pieces of you, Sega. And I won’t be making it out to E3 to check out your lineup. There are a few games coming down the pipeline over at Sega that I’m more than a little intrigued by. Heck, I even want to try out the Sonic Boom games, even though I’m really not liking the characters’ new look. Here’s what you can expect to see at Sega’s booth this year if you’re heading out to E3 next week.

Alien: Isolation leads the pack, of course, a slick-looking exercise in survival horror that our own Brettany went hands-on with and lived to tell the tale. It looks to be much-improved from the abortion that was Aliens: Colonial Marines, which I’m sure everyone is waiting to be able to say after putting down the controller, and it’s one of my most-anticipated games of the show as your resident Alien die-hard. Follow Amanda Ripley, daughter of Ellen Ripley, as she struggles to survive while being hunted by the Alien. Look for the game October 7 of this year, but play it on the show floor at E3.

Sonic Boom: Rise of Lyric for Wii U, and Sonic Boom: Shattered Crystal for 3DS are making their debuts as well, showcasing a new look for Sonic and the gang. Spoiler alert: They look absolutely horrific, but Brett the Hedgehog went hands-on with the latest entry in the franchise for us and took one for the team with his preview, and he thinks Sonic Boom: Rise of Lyric is fair to middling. Eh. Both games include the newest member of the Sonic team, Sticks, as they band together to fight off Lyric, a snake-like creature who wants to take over the world. Same thing he does every night, Pinky.

Last, but not least, we’ve got Hatsune Miku: Project DIVA F 2nd, and the introduction of this previously Japan-only PSP rhythm game on PS3 and Vita make me happy in all the right places. With twenty new songs for Western gamers and twenty new songs new to the Project DIVA series, it sounds like I’m going to need to get my Miku on yet again when this finally releases. And there you have it — Sega’s E3 2014 lineup. Is it what you were expecting? Are you disappointed?