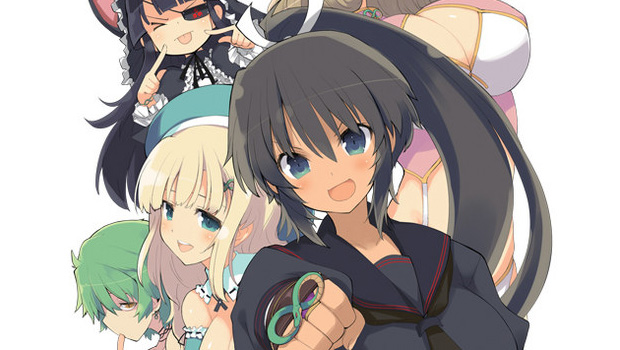 Ninja schoolgirl brawler Senran Kagura sold, like, super well in Japan, so while us Westerners wait ever so patiently for a localization announcement, Marvelous is wasting no time pumping out a sequel. Appropriately titled Senran Kagura Burst, it promises even more busty battling babes, this time giving players controls over the rivals from the original game.

For a 3DS game that was essentially the digital equivalent of The Cheesecake Factory, very few moments in Senran Kagura allowed for stereoscopic 3D. Only pre-mission scenes, transformation sequences, and a couple other bits could be viewed in 3D, while everything else, including the main game, was flat. Though gameplay in Burst will still be in 2D, additional 3D support is being incorporated. A major fan request was 3D viewing in the locker room — gee, I wonder why.

Senran Kagura Burst is approximately 81% finished and should be ready for an August 30 release. It’ll include a book, a drama CD, and a soundtrack CD; also, a possible anime adaptation may appear down the road as well. In the meantime, enjoy some fresh screens brought to you by Famitsu.