Today’s gaming setup belongs to the one and only atheistium. She has quite the collection of games, toys, and stickers all over her room. It’s kind of funny seeing all of her consoles so cramped up on her desk. You need more room, atheistium! Check out her blog for more pictures of her setup.

Hit the jump for the Community Highlights, as always. Some of the more interesting community stuff from this past week includes evil chad still being alive, the next Educate Yourself is going down, Dtoid Cincinnati is going to have an epic party, plans for an Australian NARP are underway and much more all after the jump.

Before we continue on, I just wanted to say it’s great to see evil chad’s operation go smoothly. If you didn’t hear, evil chad recently discovered a hole in his heart. The odds were in evil chad’s favor that the procedure would fix everything and as it turns out, evil chad is doing great. He just made a blog announcing he’s still alive and can continue doing his evilish deeds. So glad to hear everything is fine!

As you may know, another Destructoid Los Angeles party took place last weekend. teknomcr made a couple of blogs with a small collection of photos taken that night. Why yes, that is Chad’s dog Luna trying to get drunk!

Dexter345 had a blog recap of the party as well. Dexter goes into great detail from the very beginning of the party until the end of the night when everyone has crashed from exhaustion at 4 AM. Some of the LA Dtoiders also went to see Iron Man the next night. The movie theater they went to actually had the Iron Man suit that Robert Downey Jr. wore.

Last month, Cowzilla3 debuted Educate Yourself. It’s basically like a book of the month club, but with videogames. The first month’s game was Kid Icarus and Cowzilla3 recaps the months collection of Kid Icarus blogs and forum post as well as giving us his own take of the game.

I’m here to make Necros’s life a little bit more miserable than it already is. At the end of each month, Necros compiles a list of all the completed games you all have finished. If you want to contribute to the list, then just head on over to the Forums. 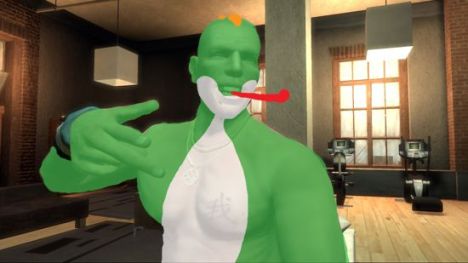 McSnow has discovered something amazing! Grand Theft Auto IV is coming to the Wii. Of course, since it’s Nintendo, they’re going to be some small changes. Awesome job, McSnow; I demand more of these type of spoofs!

The last of the new Dtoid groups to premiere this past week was Dtoid Cincinnati, run by Buck F1tches. From the looks of it so far, the party they’re planning for the end of the month is going to be EPIC. Ron Workman and Joseph Leray will be attending and Tazar will actually be celebrating his birthday that day too. This is looking to be one of the biggest Dtoid parties of this year until PAX happens.

OK, I can’t believe I’m really linking to this, but whatever. It’s really well done and I laughed really hard. Warning: You’re about to read gay fan fiction of Yashoki, Necros and CannibalCalvin doing it. Hot.

Here’s something you don’t see every day: An amazing forum introduction! Welcome to Destructoid The Hero with 1001 Faces!

Just a heads up to all of you Maximum Overdeath fans: AgentMOO has moved his game to Fridays now to coincide with Friday Night Fights.

BlindsideDork still has more Cancun stuff to post! Well, actually, this is the final one. This one is more of a video overload compared to the other ones and gives you a look at some of the rape that went on at Cancun.

PetiePal knows his shit when it comes to GTA‘s soundtrack. I spoke to him a few times prior to the launch of GTA IV and we were both a little worried that the soundtrack wouldn’t be as amazing as previous games. Well, it looks like we were right to worry. In the end, Vice City and San Andreas both still have amazing soundtracks compared to the latest game.

Animated Trigger recently got himself Ikaruga for the GameCube again from eBay, but it didn’t have the original cover. So he went ahead and made his own cover for the game. Nice job.

Happy Birthday to one of the most influential people in my life. Colette, I hope you had a good one.

Koobert just scored himself a small haul of games. He got himself a Wii, Okami, GTA IV and … Street Fighter The Movie: The Game for Sega Saturn. Very interesting collection of games there.

I’m really bummed that I’ve missed FNF the last two weeks in a row. Hopefully I can make it this Friday. It doesn’t help that Professor Pew and Reaprar are unintentionally rubbing the awesomeness of GTA IV’s multiplayer in my face. It’s annoying also to see that there are still a lot of multiplayer issues with GTA IV, too. Hopefully, a fix comes soon.

Australian Dtoiders, listen up! FooLiz and a few others are trying to round up Dtoiders in the area for some NARPage. If you’re in the area, hit up the forum thread and let yourself be known.

Finally, let’s end this edition of the community highlights with a Mother’s Day post by the amazing Ashley Davis — it is Mother’s Day, after all.