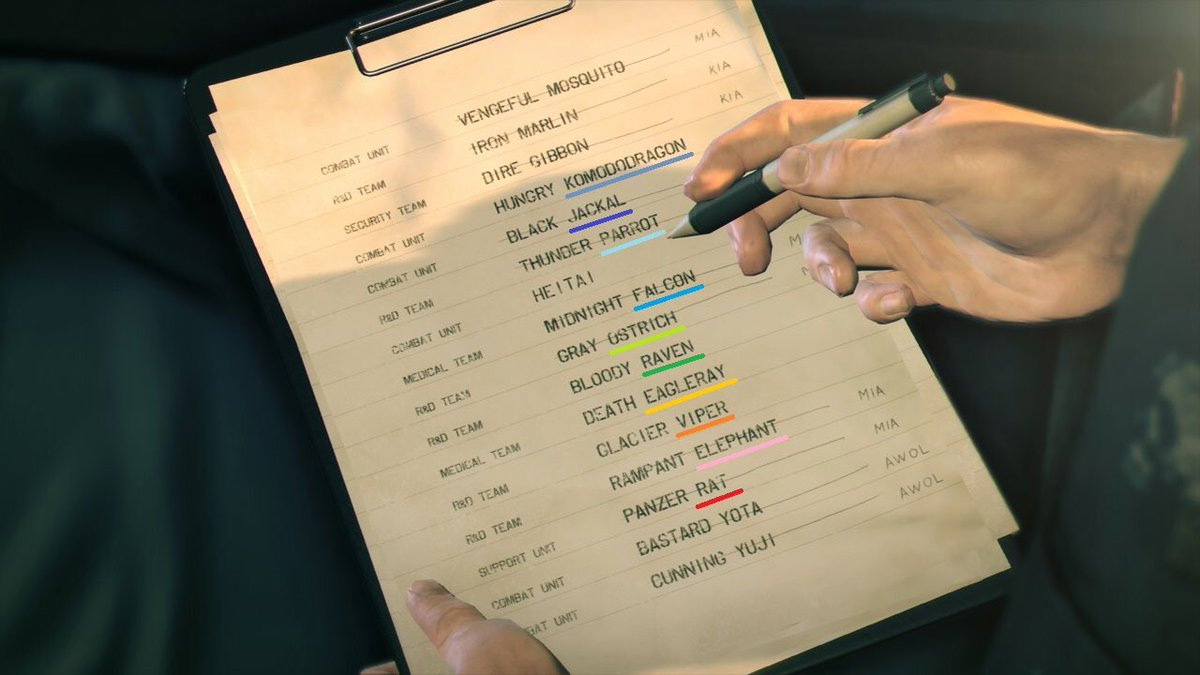 Metal Gear Survive is a strange game in and of itself, but the context surrounding Metal Gear as a whole makes it even stranger. We’re stuck in this messy transitional period between the Kojima-led games of old and whatever direction Konami eventually settles on for the future of the series.

For now, though, we have Survive. Attentive fans have noticed something peculiar in the game’s opening moments. During an early cutscene, you’re shown a list of code-named soldiers alongside your own custom-named character and, as laid out by Michael Yurko on Twitter, there’s a hidden message.

Just take the first letter from each of the the underlined words and put ’em all together.

Am I the only one who saw “KoJima Productions FOREVER?” using the first letter of the highlighted code names? @HEITAIs #MetalGearSurvive #MGSurvive pic.twitter.com/NrYGVmwm8J

It’s worth noting that these specifically-named characters are the wandering Mother Base soldiers from Metal Gear Solid V: The Phantom Pain. So while the “KJP forever” Easter egg is a holdover, to some extent, the folks working on Survive went to the trouble of listing the names in the correct order.

Another fun one: the AWOL soldiers at the bottom of the list are named Bastard Yota and Cunning Yuji. That’s surely a nod to Metal Gear Survive director Yota Tsutsumizaki and producer Yuji Korekado.