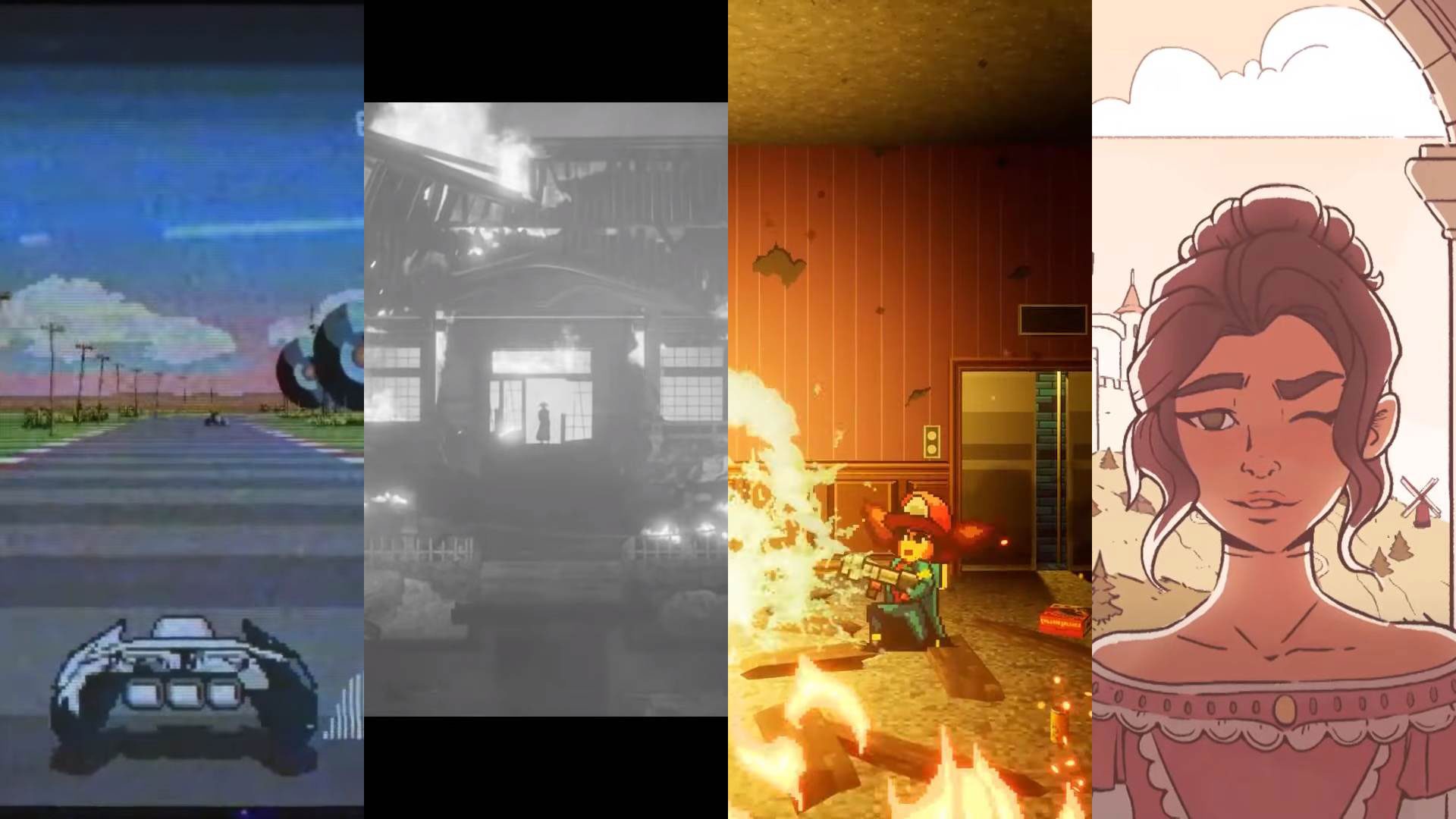 The smaller games with the biggest impacts

The summer of gaming news may still be going on for a while, but E3 2021 comes to a close today, with the last few showcases airing today. From Xbox and Nintendo to the showcases and panels, it’s been four days of non-stop games.

And while there are always the big blockbusters and one-more-thing announcements that seize our attention, I always walk away from these showcases with a shortlist of indie and smaller studio gems to keep track of through to next summer. They’re the surprises; the games you don’t expect, but you can’t stop thinking about.

Throughout the last week, we’ve all seen some ourselves, and so we wanted to take some page space to share some of our hidden gems that we think are worth keeping an eye on through this year, into next, and maybe even beyond. Here are our hidden gems of E3 2021.

In the futuristic, mega-capitalist interstellar space station of Erlin’s Eye, your actions every cycle are metered by a roll of the dice. Citizen Sleeper gives you a roll and asks what you’ll do with the results, constructing the narrative around you as each die is assigned to various tasks and endeavors. It looks like a really fascinating mix of tabletop pillars and narrative, with some incredible character art for good measure. Citizen Sleeper is currently aiming for a 2022 launch. — Eric Van Allen

I’ll mostly remember E3 2021 as a blur of indie games, and I mean that as a compliment to solo and small-team creators everywhere. I feel like I have hundreds of games floating around my head; I can’t think straight! Even though Firegirl was one of many glossed-up pixel-art-in-a-3D-world games at E3, it stands out with a cool, rarely seen firefighting premise. I would very much like to fight evil fires, use my hose as a jetpack, rescue stranded folks, and spend cash on upgrades back home at a cozy base. It seems to have an urgent action-platforming pace, and I really dig the style. Firegirl is out Fall 2021 across PC, Xbox, PlayStation, and Nintendo Switch. In Thunderful I trust. — Jordan Devore

I prioritized my E3 streams incorrectly. For some reason, I was sure the Future Games Show would be the one to watch. An hour after the show ended, I had trouble remembering any games that appeared in it.

Turns out, I should have tuned in for the Guerrilla Collective E3 showcase. That’s where all the hidden gems of E3 were hiding. A lot of great games debuted during the stream, including Arcade Paradise. From developer Nosebleed Interactive, the game puts you in control of Ashley as she turns the family laundry mat into one hell of a ‘90s arcade. Not only will you be able to run your own arcade, but you’ll actually be able to play each of the 35 retro-inspired games you can install.

Look, I love a bombastic blockbuster as much as the next guy, but sometimes I just want to relax — which is why games like Stardew Valley and Animal Crossing are at the top of my list. After watching the PC Gamer showcase, I thought Ishtar Games’ upcoming Lakeburg Legacy might scratch that same itch.

On top of the more chill pace of the game, I was really drawn in by its visual style — I’ve always been partial to hyper stylized games, and the menu UI reminds me of some really cute, custom Dungeons & Dragons character sheets I’ve used. The Jane Austen fan in me was also so pumped when I saw the matchmaking mechanic. Overall, this game seems like it was tailor-made to fit my interests, and I haven’t been able to stop thinking about it since I saw the trailer.

Lakeburg Legacies will be out on Steam, and is shooting for a 2022 release date. — Noelle Warner

Quite honestly, you could throw a dart into Devolver Digital’s E3 stream and you’d hit a game I want to play. But perhaps the bullseye would be the dramatic and intense-looking samurai adventure, Trek to Yomi.

Quite the opposite of the studio’s bombastic and rambunctious Shadow Warrior 3, Flying Wild Hog’s Trek to Yomi is the stoic tale of a young swordsman undertaking a do-or-die quest laced with honor, treachery, and sacrifice. What draws me into this title is its haunting feudal Japan setting and simplistic but detailed visual style, sporting more than a touch of Akira Kurosawa and classic Toei cinema. With gorgeous use of light, shadow, and silhouette — even at this early development stage — Trek to Yomi appears as achingly beautiful as it is brutally violent, an aesthetic that ticks my boxes. Just add Meiko Kaji as Lady Snowblood and you’ve got my GOTY sticker.

This year, indies won E3. Limited Run Games came packing River City Girls 2 and a bunch of other shocking announcements, New Blood stole the PC Gaming Show, and The Wholesome Direct was overflowing with more originality and positivity than any other presentation at the event.

For two years running, the staff at MotherForever.net have put on their own E3 video presentations, showing off all the best and brightest projects from the EarthBound/Mother community. This year, they kicked things off with a big bang, literally. Starting off from space before moving down to some familiar faces (is that a grown-up Lucas wearing his Dad’s hat?!), Mother: Beyond Bounds looks to pick up right where Mother 3 left off, with the recreation of life, the universe, and everything. I don’t want to spoil too much for people who haven’t played Mother 3, but I think it’s fair to say that it ends with a firm seal on the fate of the people in the game world, and the future of the franchise in real life to boot. The good thing about seals though is they keep things fresh, and despite the clear references to prior games in the series, Mother: Beyond Bounds is simply bursting with the unique freshness that defines the franchise.

While Nintendo may not know what to do with the Mother/EarthBound series, it’s clear that their lack of involvement with the series is only working to drive fans to do more with it themselves. To create for the sake of creating, making work that’s infused with love and honesty, avoiding the pull of profit motives or other factors that might confound your intentions; that’s the best of what indie games can do, and it looks like Mother Beyond Bounds intends to do just that. — Jonathan Holmes