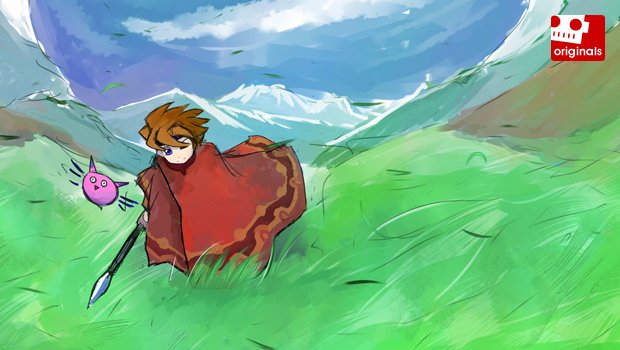 Given that the Super Famicom has literally twice as many games in its library as the Super Nintendo, it shouldn’t come as a surprise that many classics never reached the States.

Although some of the best have been reborn through late-ports (Megaman & Bass, Final Fantasy V), many titles remain in obscurity. Some have yet to even receive a fan translation.

Read on to discover a few.

The below eight titles are by no means the very best of what is out there. However, these picks will give you a good head-start into the world of imports and fan translations and, hopefully, renew your interest in the Super Nintendo/Famicom.

Along with a brief description, I give information on current availability and language barriers for each title. 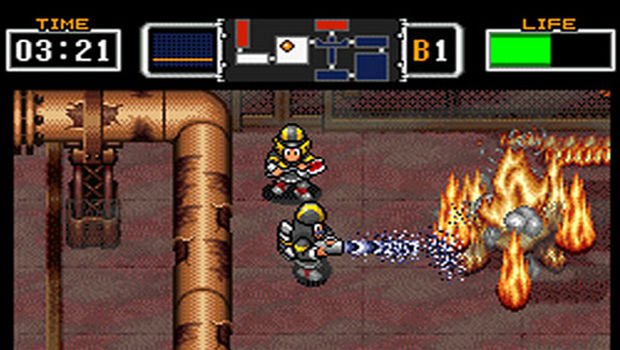 The Firemen
Developed by Human Entertainment
1994

Human Entertainment never gave much of a damn about the West. Its most acclaimed series — Clock Tower, Fire Pro Wrestling and Twilight Syndrome (which launched Suda51’s career) — passed on Western releases for many (or all) of their series entries. You can add The Firemen to that list. Although the SNES debut did reach Europe, its lackluster PlayStation sequel did not.

Before Ignition Factor (which came out two days later) and Burning Rangers, The Firemen was the definitive firefighter-themed action game. You and a buddy are tasked with putting out a fire devouring a highrise. Each level takes place on a different floor, taken over by flame monsters and robots.

You and a surprisingly effective  A.I. partner eat away the flames with your water house and (magical?) fire axe. The game is redundant, but oddly addictive considering its subject matter. The level design links all the floors together nicely, recreating the “How the hell am I going to survive this night in this crazy ass building” feeling of Die Hard. Unfortunately, you don’t kick anybody out of a window.

Japanese Required?: No. An English version was released in Europe and Australia.

Availability: No ports. Original carts are rare and go for $20-50. 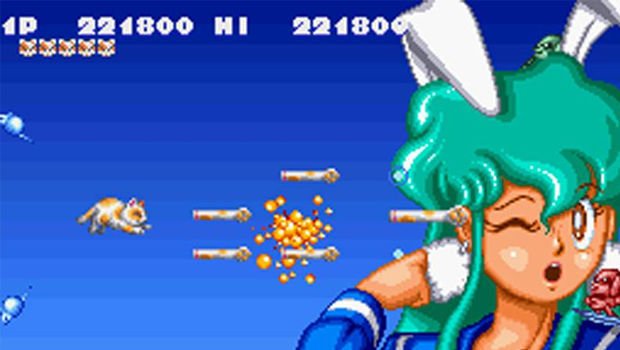 Other than a Game Boy release and an arcade cabinet, Parodius never made it to the U.S., which is too bad. In addition to being a great companion to Gradius, it’s one of the most colorful, humorous series to come out of Japan.

It’s debatable whether Jikkyou Oshaberi is the best of the series, but I selected this one due to its wacky presentation that outdoes any of its predecessors (the following games in the series were released on disc-based consoles). The game has 16 playable characters that range from a traditional spaceship to a penguin with a 9mm — there are stranger options but I find them much harder to describe in text. A paper airplane with stick figures chillin’ on top?

The greatest thing about the game are the levels. While you start off fighting a flamingo-dressed panda at a disco, you’ll eventually fight your way through levels and bosses that pay direct homage to other Konami titles. Most memorable has to be the Lethal Enforcers segment of Stage 6, where you shoot down gun range targets while a background depicts penguins driving police cars.

Japanese Required?: No. It’s a shmup about penguins and anime girls.

Availability: Sadly, no US release. Parodius Portable (PSP) used to be the best option, but now that it’s out of print it’s not much more affordable than an original SFC cart ($20-40). The good news is that it’s on a lot of systems (SS, PS) so you may get lucky … one day.

Most notable for being the first project directed by current Zelda series producer Eiji Aonuma, Marvelous is an adventure-RPG hybrid built-on the Link to the Past engine (borrowing plenty of sounds and assets). The game received positive reviews in Japan and eventually landed Eiji on the Ocarina of Time development team.

Without having played the game (my Japanese isn’t good enough yet), it looks like a mix of A Link to the Past with The Lost Vikings and Earthbound. It’s not surprising Nintendo didn’t bring it out, since they wanted the focus to be on the upcoming launch of the Nintendo 64 (much like Mother 3 with the Nintendo DS). It is surprising, however, that the game hasn’t received a fan translation yet.

Japanese Required?: Yes. Very text-heavy adventure game. This is for those fluent in Japanese or those very patient kanji dictionary owners. There are a couple Gamefaqs.com guides that may provide help, however.

Availability: There are some Japanese ebay users selling carts for around $10. If a rom translation should ever arrive, expect those prices to shoot up. I’m not foolish enough to think this article can have that effect though. :checks price listings: Nope. 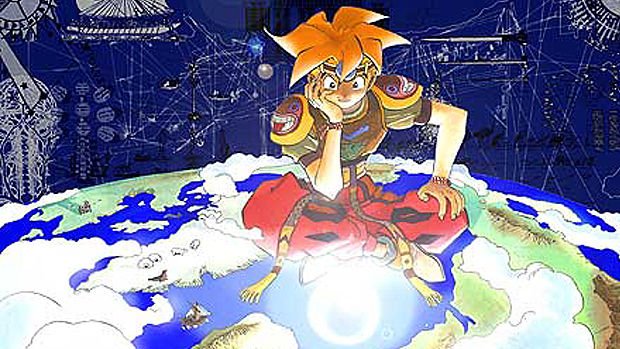 Up there with Chrono Trigger, Final Fantasy VI and Secret of Mana, Terranigma is just as ambitious, beautiful and well-designed as the best of the Super Nintendo’s RPG epics — but in many ways, it feels like a game that was too big for the SNES.

This is not a complaint about the game, as much as it is a testament to its massive scale and aspirations. The game begins as an underwhelming take on Soul Blazer, as you essentially revive a dead world by battling your way through five unimaginative dungeons. After the first act of four, the game becomes the true successor to Illusion of Gaia as you travel a world filled with color and variety. By the third act, Terranigma truly becomes an adventure beyond compare.

Terranigma is unique in many ways, but what stands out is the game’s overarching world which is, literally, our own. Once you break free of the underworld within the game’s opening hours, you find yourself on a dead Earth — the planet we know and (maybe) love, except with all its life sucked out. Without giving away too much, you find yourself on a journey through Earth’s history as you travel from ancient tribes to a future vision of Tokyo.

Japanese Required?: No. An English version was released in Europe.

Availability: A cart will set you back at least $100. This is really one of those games people need to demand to be released on Virtual Console. 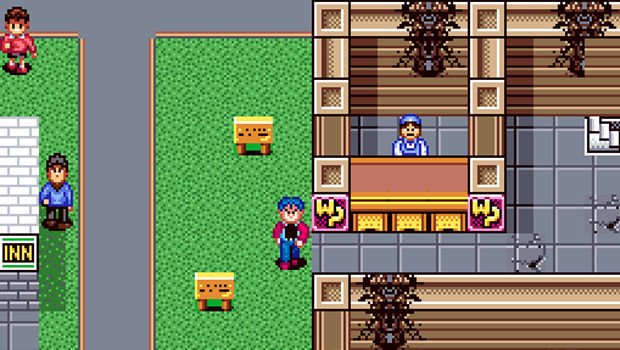 I think the video sells itself.

Japanese Required?: Yes. Text heavy RPG, although I get the feeling it wouldn’t make much more sense if you knew Japanese.

Availability: Original copies are somewhat rare, but go for cheap: $20 or so. 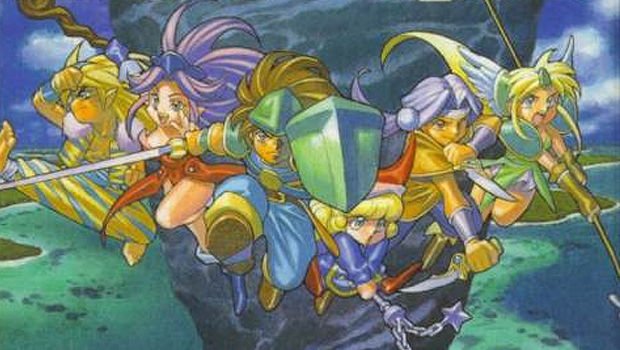 The spiritual successor to Secret of Mana, Seiken Densetsu 3 is a complete mess of a game. But, a very enjoyable and ambitious mess.

Yes, I know: These are the words of someone who favors Secret of Mana (by a long shot, no less). Yet, even I appreciate the dense, intertwined storylines that far predate those of Dragon Age. At the start of the game, you get to pick your three main characters out of a selection of six. The story, combat and events of the game will be different according to who you pick. Back when the game came out — or even, 2000, when the game received a fan translation — thinking about what changes occur depending on your selection boggled the mind.

Where the game shines is in the combat, which does away with SoM’s power meter and unreliable hit-detection. It’s not as good as Terranigma (God, I love that slide), but it’s a step-up from SoM. I also love the class-based system that lets you change your role throughout the game, further expanding on crafting your individual playthrough.

All of these options, along with inferior music and art direction, make me prefer the more cohesive, linear Secret of Mana but this is a great sequel that doesn’t rest on the series’ laurels.

Availability: No ports. Original carts are fairly common and go for $10-30. 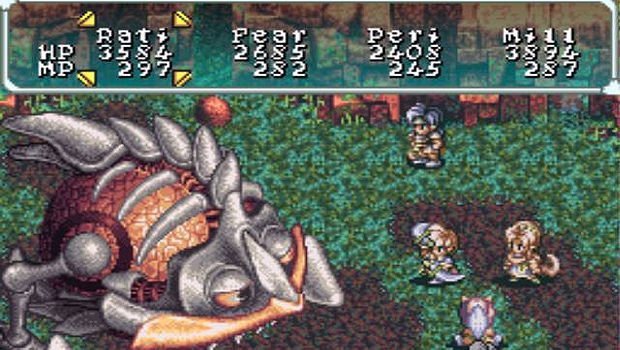 During the development of Tales of Phantasia (another great Japanese game lost in translation), developer Wolf Team had a falling out with publisher Namco. Half of the team left to form tri-Ace most well known for its Star Ocean series.

The original Star Ocean is most similiar to Tales of Phantasia; it even borrows a lot of the tech introduced in that title, such as voice samples and advanced compression techniques that let Wolf Team fit 48 megabits onto one cart. For comparison, Final Fantasy VI was 24 megabits.

Although the game’s story is full of cliche — feeling like a anime-themed Star Trek episode at times — the graphics are some of the best of its era and the game is full of innovative systems. The real-time combat keeps things interesting, while the skills and item crafting offer depth. The story is dull, but the multi-path narrative, party selection (you get to recruit 8 of 11 characters in a single playthrough) and emotion system, that lets party members react to your decisions, give the game some maturity.

Japanese Required?: No. You have fan translations and the PSP remake.

Availability: The PSP remake is a different beast but a much more affordable option. A SFC cart will cost you about $20-30.

Seven is an oddly confining number that doesn’t even touch the surface of what great Japanese games we never received, which is why I will be launching a series next month that will cover obscure, Japan-only games for the Super Famicom and other now-ancient systems.

If you have any questions about the above titles you felt weren’t answers in the post, feel free to post in the comments below. I’d also love to hear what your favorite SNES games that never received a US release are! Who knows, maybe I’ll cover them in an upcoming feature?!