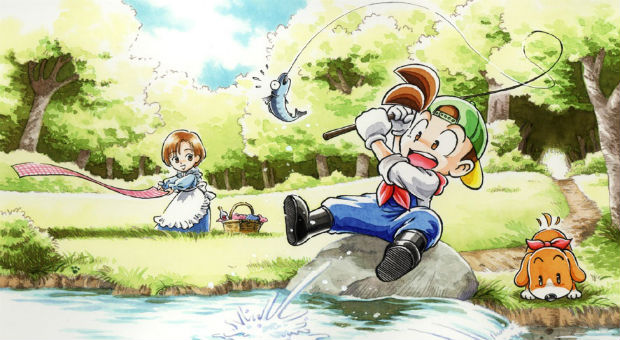 Natsume got it (mostly) right, at least

Just the other day I brought you the “trailer” for XSEED’s Story of Seasons, where many of you were concerned with what’s going on with Harvest Moon: The Lost Valley. It looks like Natsume’s finally come out with an official trailer, and it’s already leagues better than what XSEED could come up with for Story of Seasons.

This video showcases the game’s horrible logo, strange superimposition of text, a narrator that’s overacting, and video that doesn’t take up the whole screen. And it’s still better than what we got for Story of Seasons.

I kid, I kid. It actually shows off some of the block-building and “3D gameplay” we were told about not long ago, as well as what looks like farm animal grooming and some other functionality like riding horses and other silly farm stuff. I mean, it’s cute and all, and I’ll buy it. I just happen to think I’m going to get more mileage out of Story of Seasons, so I want to see more “official gameplay” out of XSEED. Get on that, guys!