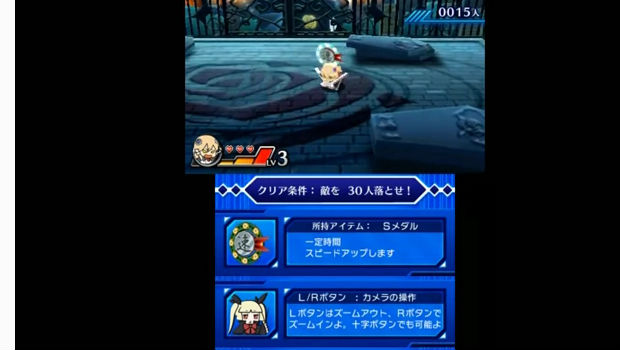 Some time ago, Jonathan Holmes reviewed BlayzBloo: Super Melee Brawlers Battle Royale. It was a pretty quaint release that was forgotten almost immediately.

But now, it looks like a full sequel is upon us, ready to grace the 3DS eShop: BlayzBloo: Clone Phantasma. As you can see in the footage above, it looks very similar to its predecessor, almost to a fault.

Despite my love for BlazBlue in general, I can’t really get into the game based on what I’ve seen so far, but I’m willing to give it a shot.