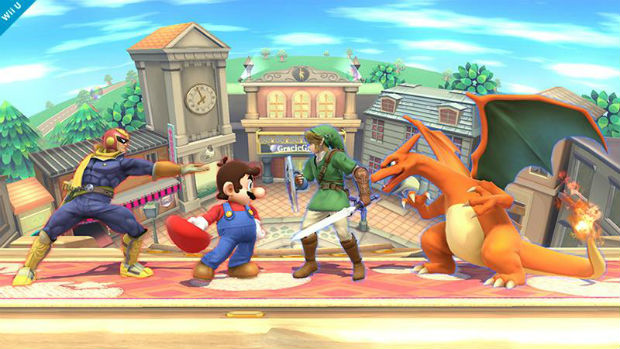 While the 3DS version of Super Smash Bros. is just around the corner, I know quite a bit of people who will be waiting on the Wii U edition. The good news is although the game is still a ways off (rumors point to mid November), we’ll be getting more and more details with the 3DS version’s launch.

One such bit of info is the representation of how team colors will work. Compliments of the screenshot above, we know that there will be light outlines for each player, and that they will get stronger as the camera zooms out more.