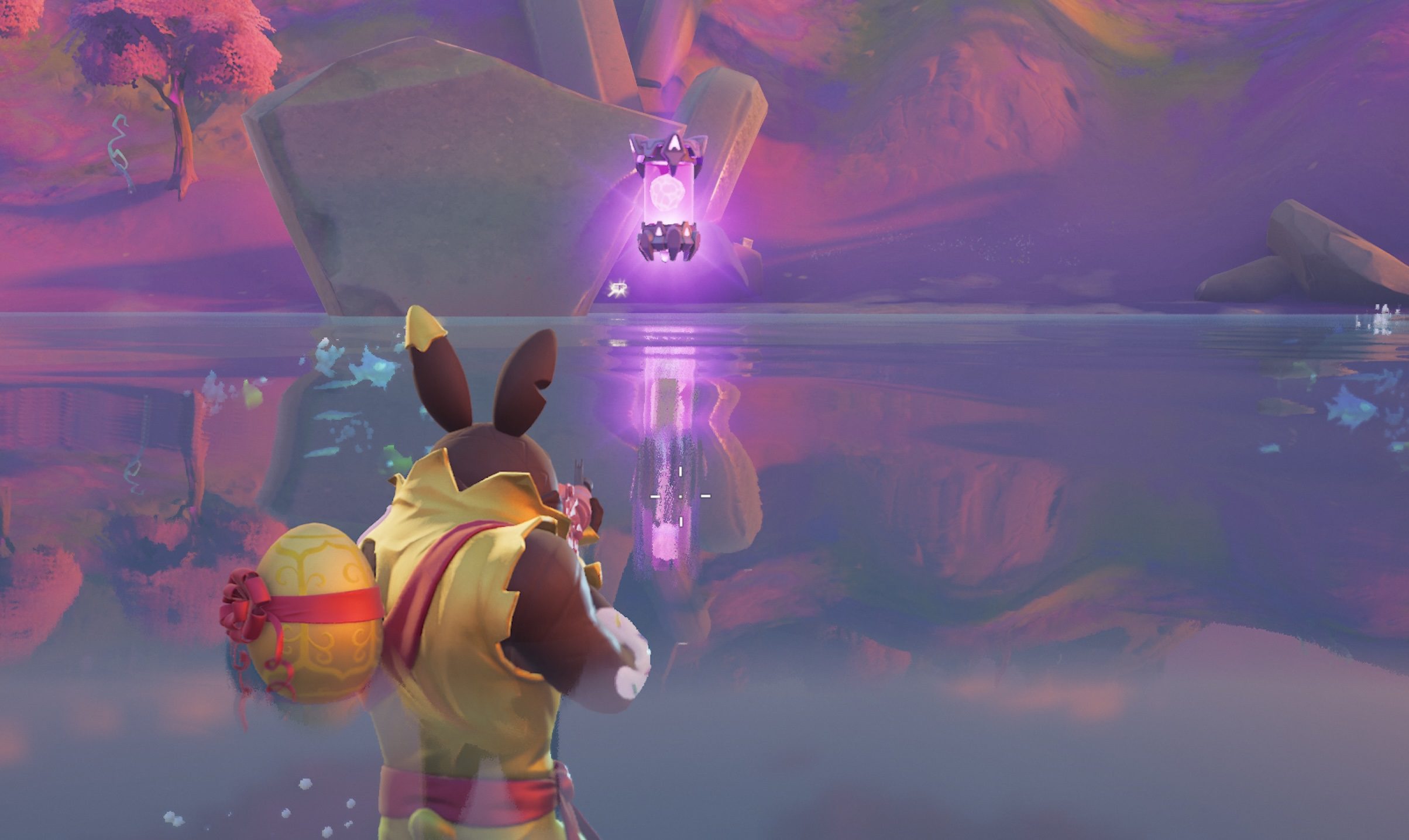 Fortnite season 7 is bringing an alien invasion into the fray: and UFOs and mysterious objects are kind of part of the package deal. Here’s a quick rundown of two of the biggest changes this season.

We’ll start with UFOs because why not?

So UFOs are a new vehicle type this season. When piloting them, you can do one of three things: shoot a ray gun-esque blast that destroys structures and does damage to enemies in a splash radius, grab things with a tractor beam, and dash. They’re extremely powerful and formidable objects, so thankfully acquiring them takes a bit of work.

To locate a UFO, just head to one of the named locations on your map that’s flickering purple. You can check out the font above, it looks like a little choppy VCR effect if you can’t see the color. Once you’re there you’ll find a small group of UFOs terrorizing the town: shoot at it (the easiest place to aim is the soft underbelly) to bring it down.

Once it lands, the angry pilot will lock the ship down and attack you. Defeat them and walk up to the UFO like any other vehicle and enter it. You’ll also be able to grab a Kymera ray gun for your troubles.

If you see a UFO flying around, be aware that they’re extremely strong right now if people collectively don’t fire back at it. It has a relentless and unlimited ammo supply and can instantly obliterate structures, so if you don’t try and shoot it down early and just leave it up, it’ll eventually overwhelm you. Rail guns and rifles are great counters for it.

The other big gimmick is alien artifacts. These can randomly appear anywhere on the map, and will grant you bonus cosmetics toward the “Kymera” skin you’ll unlock at the start of the season pass. Just touch them to grab them (like XP tokens in the past).

You can also find artifacts in special cosmic chests, which are located in the battle royale mode. These show up parodically on the map and look like chests encased in crystals. To open them you need to have your entire squad present and do a little minigame. Once it starts, just approach the crystal when you have a beam and hit a “weak point” (the little circle reticles) with your pickaxe. After a short time it’ll crack and automatically open.

Again, the artifacts are currency to buy the Kymera skin new head, outfit, eye, and emblem options. Each pickup lets you buy roughly one lower tier cosmetic. Similar to the season pass, to get the last item on a tier, you need to buy out the entire tier.

One of the easiest ways to farm artifacts is to fly around with a UFO!

Filed under... #Epic Games#Fortnite#guides#mobile#PC#PS4#shooters#Xbox One