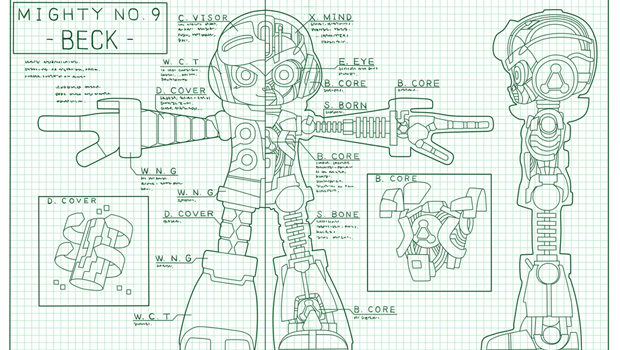 The second Mighty No. 9 beta stage focuses on the female No. 2 boss, who is a master of ice and water. In addition to my playthrough of the first stage here, you can also get a better look at the next phase of the beta above in my second playthrough.

I actually liked this level a bit more. While the first stage (No. 5) was a standard romp throughout, I like how No. 2’s level mixed things up with a water section as well as an ice portion, and seeing the fire-based No. 1 in the background was a little more interesting than No. 2’s appearance in the original beta stage.

My main concern at this point is the art direction, which can look a bit drab in terms of the level design (the two are very similar) and the enemy models themselves, despite the fact that they have great base mechanics. Since this is a beta the full version will no doubt have a bit more flair, but how much flair is yet to be seen.

Filed under... #Mega Man#Mighty No. 9#Notable