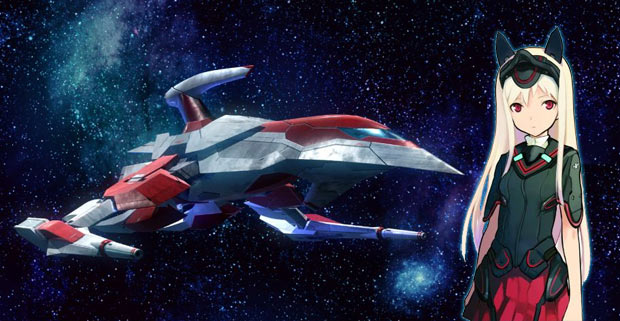 Good morning! What’s the best thing to wake up to on a day like today? If you said “bacon and coffee,” you are WRONG. The answer is actually these screenshots for Darius Burst on PSP. Alright, so I can think of better things, but this is what I’ve got right now, so work with me.

And what’s the only thing that could make this game better than it already was? You’re right, it’s the girl in the headphones. But the next best thing is original character art by the father of mecha musume himself, Fumikane Shimada. Somehow this slipped by me when I posted the trailer a while back, but there’s no mistaking the Strike Witches character designer’s work here. Good choice, Taito.

Darius Burst hits Japan on December 24th, priced at 5,040 Yen. And what’s better than importing it? Downloading the digital version from the PSN Store for only 4,000 Yen and saving a ton of money. Check out the screens in the gallery below while I make some bacon and coffee.