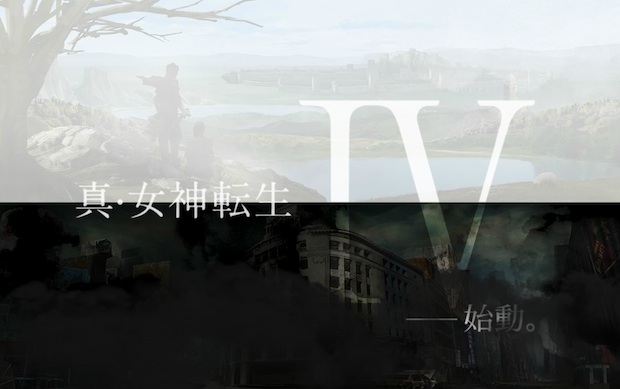 Quick! Look at this teaser site and then freak out with me! I am spinning around in my office chair!

Famitsu’s lastest issue confirmed that Shin Megami Tensei IV is currently in development for the 3DS. We know that from the 3DS logo, but that’s all we know. Judging by the images it looks like we can expect a post-apocalyptic world where things are foggy. Sadly, there are no other details to share.

Sometime this morning, the teaser site launched. It features the same image shown in the Famitsu announcement, set to heart beats and wind. Thanks to the ton of fellow SMT fans that sent this to me this morning.

YES! The next numbered SMT is real and it’s really coming. I almost can’t believe it. I’ve been patiently waiting since the PS2 release of one of my favorite games of all-time, Shin Megami Tensei III: Nocturne. Strange Journey was a treat, but not that real numbered sequel I’ve been craving for almost a decade now.

Let’s hope that this will be playable at TGS later this year. Let’s also hope that Atlus USA is already thinking of US SMT fans.