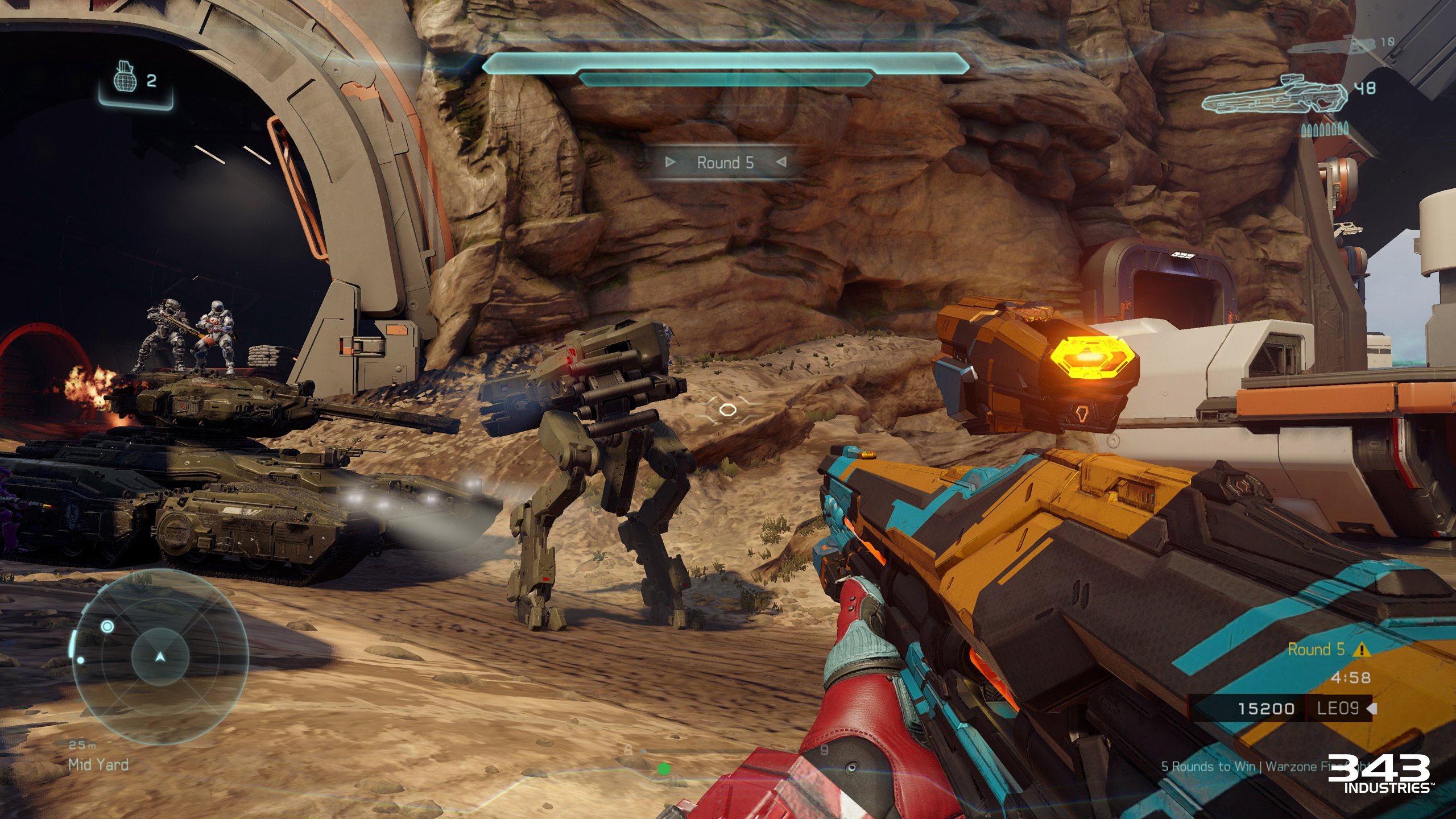 343 Industries is going to let Halo 5: Guardians players try out the upcoming eight-person cooperative mode Warzone Firefight early with a beta. It’s set to run next Thursday, April 14 at 10:00am Pacific until that same time on Monday, April 18, with one map, Escape from A.R.C., available.

I liked Firefight in past games, and I’m into Warzone, generally speaking, so it stands to reason that I’d also enjoy Warzone Firefight. It’s a five-round mode that will have your team leaning on the REQ System to complete increasingly-tough objectives. You’ll take on the “most on-screen enemies in the history of the franchise” and bosses, including a foreboding new Mythic tier. The finished version of Warzone Firefight is going to release this summer, pending the beta goes as planned.

In more immediately gratifying news, Halo 5‘s Ghosts of Meridian update went live today, adding maps for Warzone (Skirmish at Darkstar) and Arena (Tyrant), weapons, vehicles, and a slew of game improvements and bug fixes. Follow that link for the full breakdown, or stick to these highlights: