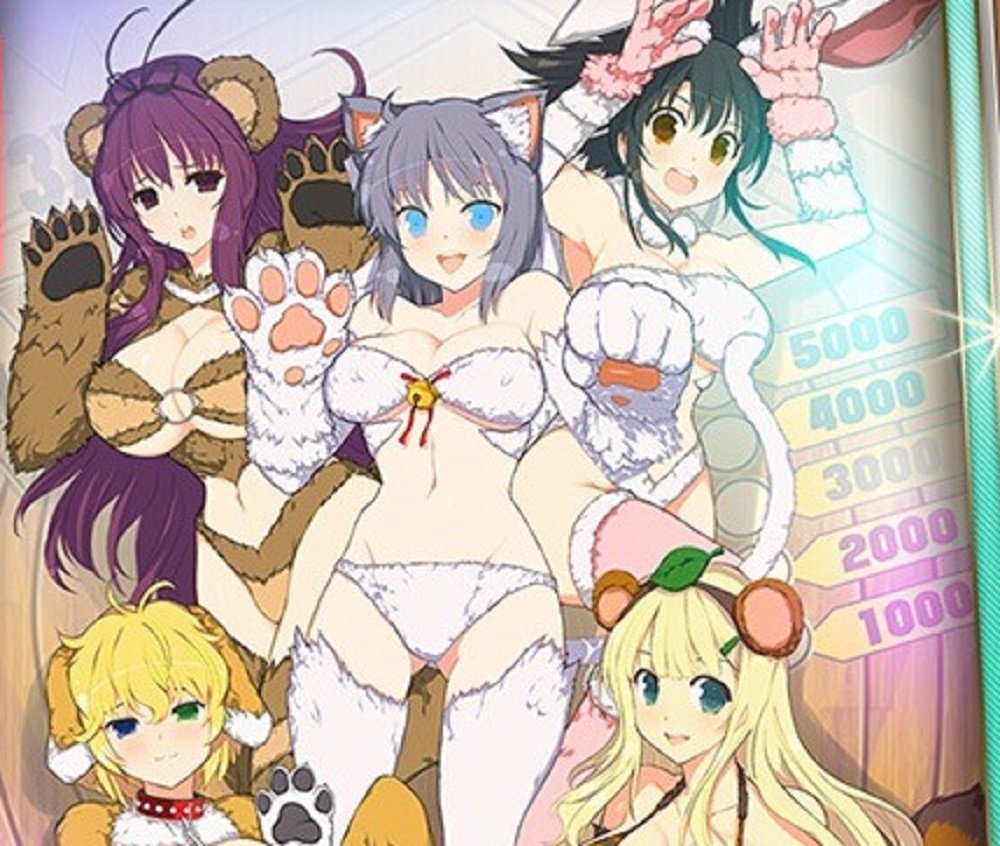 Japanese publication Famitsu has reported that the girls of Senran Kagura, having tried their hand at fighting, cooking and Splatoon-ing, will be rolling into the world of pinball for the next title in their genre-hopping series, Senran Kagura: Peach Ball. The game was first announced one year ago today, so more info has been a long time coming

Because reasons, Haruka has accidentally turned some of the gang into cute half-girl/half-beast anthros, who can only be restored to their loveable old selves via playing a selection of pinball machines in a 24-hour amusement park. Just run with it, ok?

Well-timed shots will trigger a selection of animations from the menagerie of characters, with multiple modes available including “Sexy Challenge” and “Super Sexy Challenge”. That must’ve been an intense planning session. Of course the series trademark Locker Room mode will also return, likely featuring a selection of customisation options.

I’m a huge pinball fan myself, so, provided that the physics are up to snuff, I’m looking forward to seeing what the brand brings to the table with this bizarre venture. Senran Kagura: Peach Ball launches in Japan on Nintendo Switch December 13.