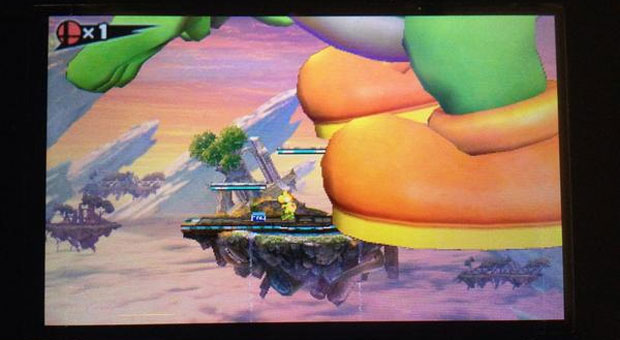 Giant characters are nothing new for the Super Smash Bros. series but not like this. Not like this.

It seems that in Smash Bros. for 3DS, Yoshi’s Egg Lay move has the ability to make large CPU characters even larger in Multi-Man mode. Each time they break free of an egg, they’ll come out bigger until the stage simply becomes too small for them to firmly stand on. What a fate.

Some glitches are great in that they add to — not inhibit — your fun. This is one of them.