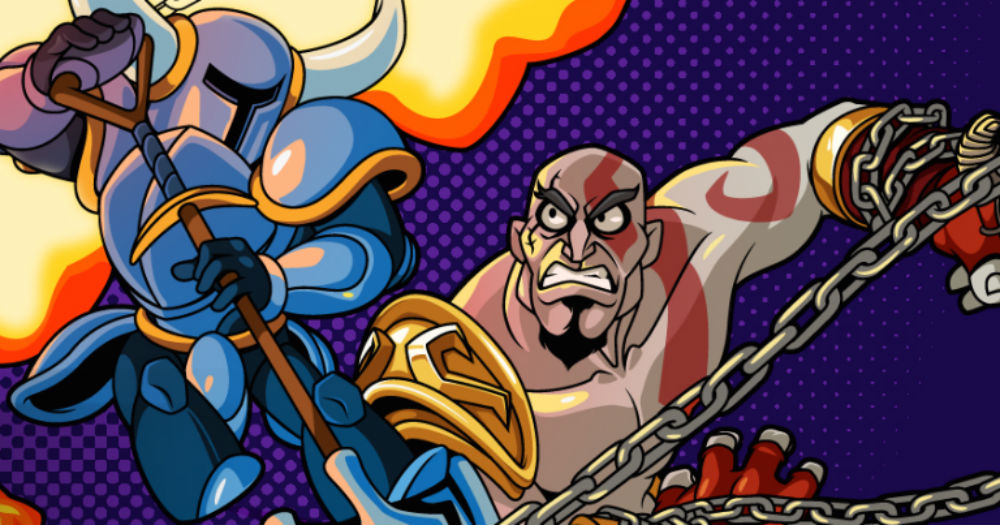 Though it may not be worth a double-dip

Shovel Knight has arrived this week on the PSN, bringing Cross-Buy and Cross-Save promotions to the PS3, PS4, and Vita platforms.

I had a chance to test out all three, and although the justification for buying it again is very slim, it’s no doubt the best version yet.

Spoilers for the Kratos boss fight in the video below:

Point blank, the only real addition in terms of meaty content is the Kratos boss fight. I covered it in detail yesterday in regards to the discovery of the encounter, the fight, and the reward, so you can judge for yourself if it’s worth double-dipping for. I really enjoyed it quite a bit, but I’m not sure I’d pay $10 for it. For those of you who don’t have the game yet though, the decision to buy this tri-platform edition is a no-brainer.

Everything else works exactly as advertised. I tried out Cross-Save across all three platforms, and it works like a charm. The game looks incredible on the Vita (I have the OLED version), and there’s even a few extra Easter eggs with the back touch screen. The D-pad feels excellent, and transferring my save to my PS4 took roughly five seconds.

This is purely anecdotal, but the more I play with the DualShock 4’s D-pad, the more I prefer its predecessor. It’s not a bad D-pad by any means, but it doesn’t feel as tight as the Vita’s, so I ended up going portable multiple times yesterday during my tests for comfort. With Cross-Buy though you really don’t need to worry about anything, as you can just switch when you see fit.

If you’re curious, here’s a rundown of what to expect from the PC, 3DS, and Wii U versions specifically. If you end up picking it up, here are some tips.