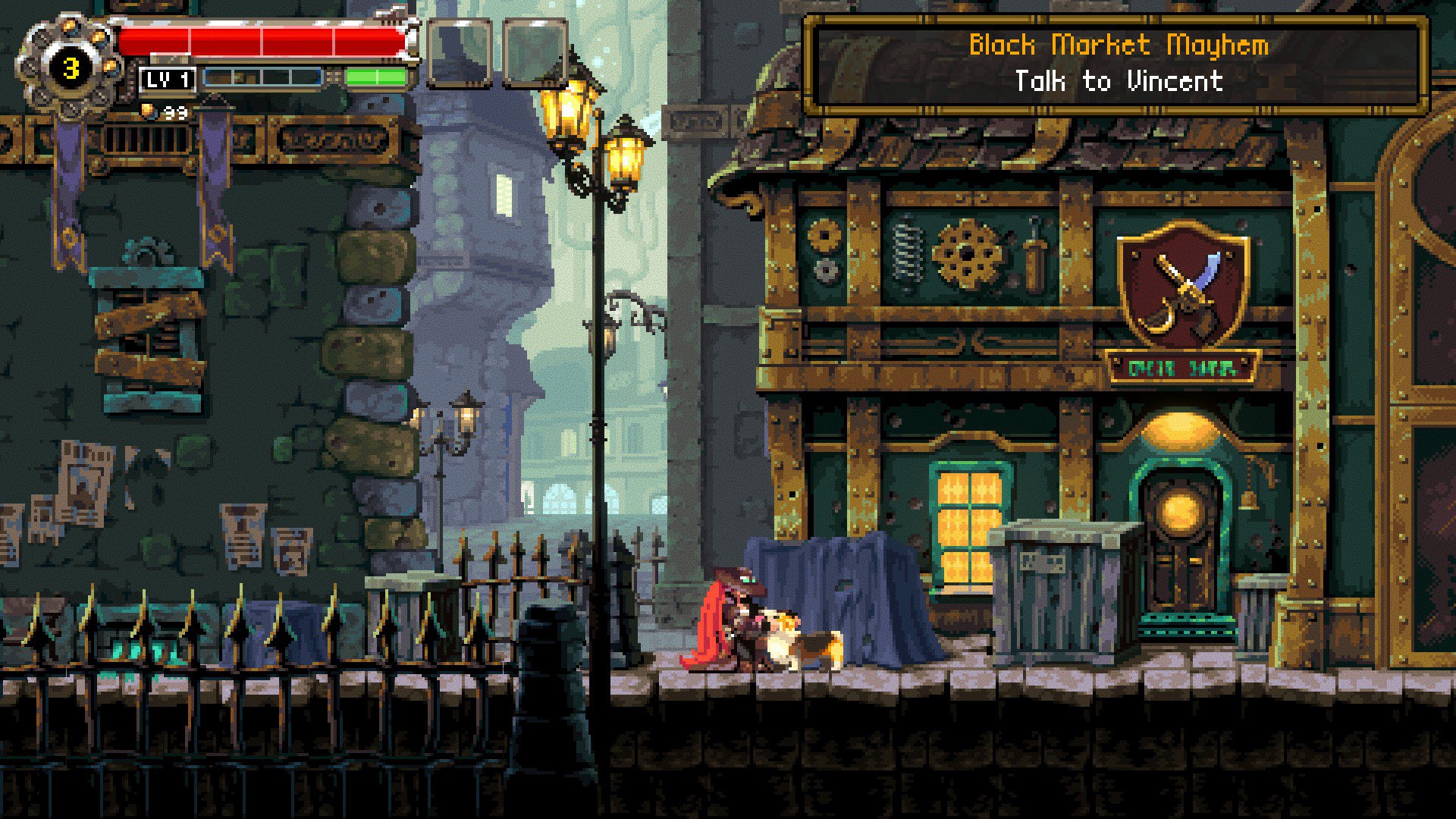 The last action-platformer to pull this off was Blasphemous

A single room with a pair of friendly NPCs, enough space to dodge-roll, and a wall to leap off of – that’s all it took to convince me that Gestalt: Steam & Cinder, an upcoming revolver-firing, sword-slashing platformer, will be worth picking up this year. Aletheia’s movement and attack options are on-point.

As you might’ve seen (but no worries if you missed it), Gestalt has a demo up this week on Steam. You should play it! Or at least consider it among the literal hundreds of other newly-released demos.

If the opening is any indication, Gestalt will have an expansive cast of characters and lots of side-quests.

There are a few things to note that you might’ve missed in trailers or other coverage. For starters, Aletheia has to manually reload her gun (using LT) and draw it (RT) before firing shots. That might sound like a small-ish detail, but it has big implications. Her foes – mostly thugs and robots, in the case of the demo – have health and “break” meters that she can effectively burst down with bullets to stun them.

Facing off against common creeps and especially the first boss, a man-turned-beast, I felt pressure to constantly be on the move, sneak in slashes, and find windows of opportunity to fire off shots and reload. Aletheia has generous i-frames on her forward and backward dodges, but still. It’s all so fast.

Definitely play the demo with a gamepad if you have one handy. Gestalt has quite a few inputs to keep track of, and even the early enemies will come at you relentlessly. The keyboard controls aren’t ideal.

The boss’s green bar is essentially a stagger gauge. It’ll refill fast if you take a breather.

This week’s Steam Game Festival: Summer Edition demo was a pleasure, even if it fell on the short side and even if there was a lot of upfront dialogue to set the stage for its “twist-laden” steampunk world.

Gestalt‘s attention to detail in its presentation and animation, soundtrack, tight platforming, and large-scale lore is, at least so far, a treat. I’m curious to see where the story goes – certain word choices, like “einherjar,” are pretty intriguing – and how the abilities might expand over time. I didn’t get much of a sense of the leveling (with stats like END, STR, and LCK) or the (presumably) metroidvania-style map.

There are opportunities for tuning here and there, but looking at the big picture, I’m feeling confident. Gestalt: Steam & Cinder launches this year on PC, PlayStation 4, Xbox One, and Nintendo Switch.

I hope it plays like a dream on Switch.