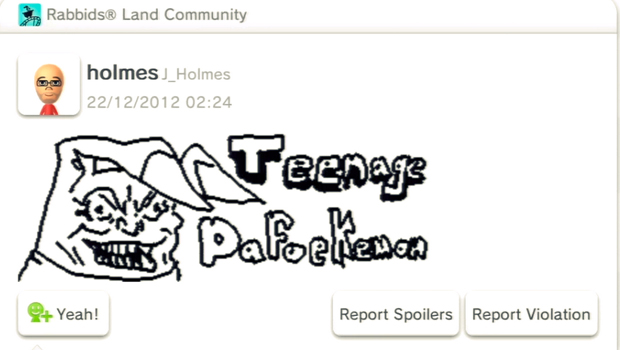 Dafoe on your phone!

Nintendo has announced that the Miiverse is coming to smartphones and web browsers sometime in ether April or May. Kiyoshi Mizuki took the stage earlier today at the Game Developers Conference in San Francisco, reaffirming what Satoru Iwata mentioned during a Nintendo Direct earlier this year.

Players will need to log into the service using a Nintendo user ID, which will allow for basic functionality such as viewing threads, drawing, and posting comments. Mizuki went on to say Miiverse will also be coming to Nintendo 3DS at a later date. Until then the company is fielding suggestions for ways to improve the social network.