For kids growing up in the ‘90s, it was pretty rare that your parents would ever play video games. Sitcoms had jokes about, “The Nintendos” and media around the time demonized the medium, making it seem like a child’s plaything. I never really understood that mentality, especially since both of my parents played video games. This is a Mother’s Day article, though, so I’m going to focus on a bunch of the gaming memories I have with my mom.

While there was a short period where she didn’t really play anything (mostly when I was in elementary school), as I got older, she started to reacquaint herself with the medium. In her pre-marriage life, she actually used to be quite the gamer. As a young nurse living at home in her twenties, she had enough disposable income to indulge in a new Atari 2600 game every week.

My mom also vividly remembers the arcade era with such classics like Pac-Man and Q*Bert, which she laments she is no longer good at. Life eventually took over, though, and my mom drifted away from games for a short time. Birthing two children and working full-time will do that to anyone, so she focused most of her energy on making sure me and my sister were taken care of.

As I got older and the media continued to prattle on about how destructive video games were, my mom started to get more involved. While she bought me basically anything I wanted, it wasn’t without a heavy dose of explanation as to how games aren’t real. I was one of the lucky kids to actually own Mortal Kombat, for instance, and my mom wasn’t worried that I’d become a killer.

That wasn’t the title that really brought her back, though. That honor goes to Grand Theft Auto III. If you can believe it, my mom actually played the PC port of the game while I was at school. Since it was a massive cultural phenomenon in the early ‘00s, I suppose she just wanted to see what the fuss was all about. She wasn’t very good at the game, but she loved how absurd the whole idea of roaming a city and robbing cars from people was. 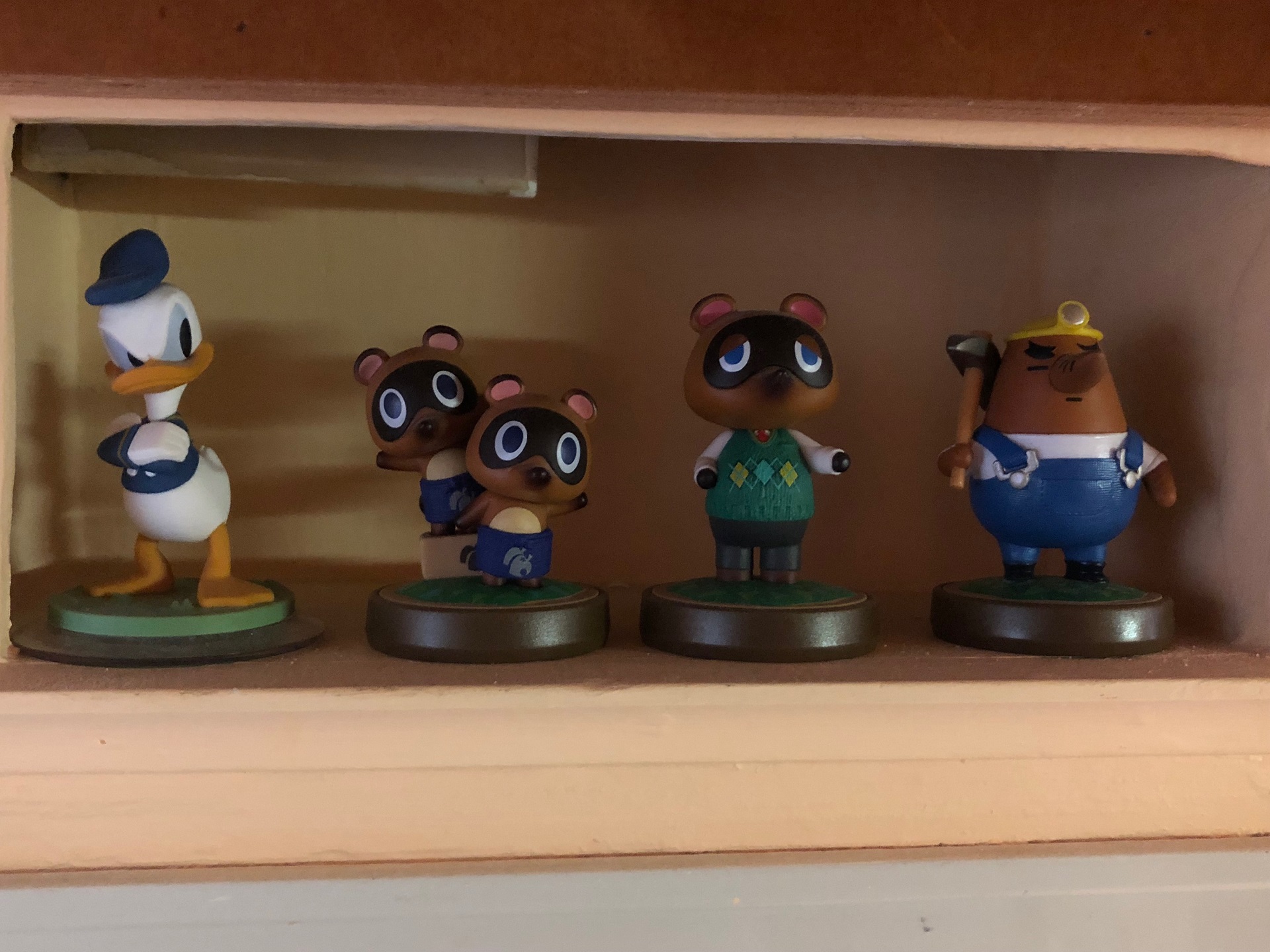 With that, she began to shift back into playing games more regularly, buying a Game Boy Advance and even playing a bunch of Mario titles with me. There is also my extreme love of Zuma that I got from her, since she was really into PopCap’s casual-friendly puzzle titles from that era. Our true bonding happened over Animal Crossing, though. That is a series my mom is utterly in love with.

While she had skipped out on the Gamecube original, getting her own DS and copy of Wild World was a revelation. She wasn’t very skilled at reaction-based games or platformers, so Animal Crossing’s laid back approach to being a game was perfect for her. She could turn it on for 20 minutes sessions and the lack of anything resembling difficulty meant she would never get frustrated for being “inept”.

It just so happens that I was pretty obsessed with Animal Crossing (and still am), so we began to play that together. One of our very first goals was to amass a collection of all the various fruits your town can start with, which led me to visiting friends’ copies of the game and transporting them over to my mom’s town. We also loved to goof off with the various tools in the game, taking the axe and trying to swing it at each other, or using the bug net to bop each other on the head.

It was a fun way to relax in the summer when we were trapped inside from the sweltering heat. It also gave us time to talk to each other and just generally bond over a fun game we both loved. I’ve never been estranged from my mother (we used to see a crap-ton of movies while I was in high school), but I had never felt closer to her than when playing Animal Crossing. 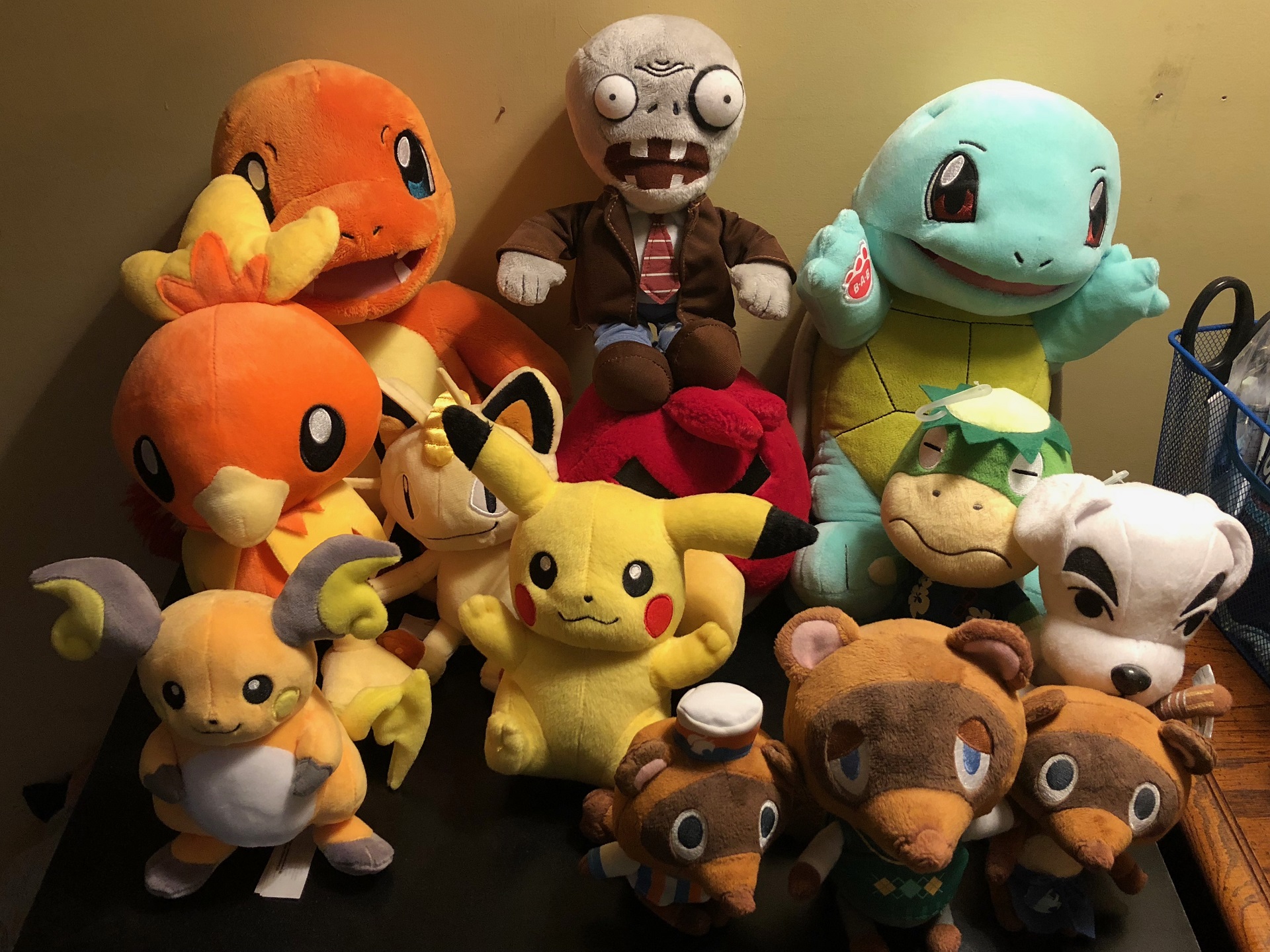 Our weird love of Animal Crossing still persists, with us both putting in a tremendous amount of time into New Leaf. While I have a staggering 250 hours played on my 3DS, my mother has something approaching 500 hours on hers. She always jokes about buying other games, because she only tends to play them for a couple of hours before reverting back to Animal Crossing.

When she isn’t playing that, she is collecting various plush toys based on it. Nintendo is her favorite game company, probably because of how closely it resembles Disney (her personal favorite place in the World). We’ve made a lot of trips to Nintendo NYC over the years and left with a new, soft, fuzzy Animal Crossing plushie most of the time. Recently, though, she has also expanded her love into Pokemon.

The real catalyst for that was Pokemon GO, a game that she and I play almost daily. My mother and I go to the gym three times a week and our drive has us detouring to spin Pokestops or attempting raids, to no avail. I think my seemingly encyclopedic knowledge of the critters has piqued her interest, making her want to learn more about this series that was such a huge part of my childhood. Pokemon GO is what led her to Pokemon Sun, a game that she is slowly chipping away at.

The amiibo craze wasn’t lost on her, especially not once Animal Crossing came into the fold. She loves Tom Nook, so that was the first amiibo she bought when she happened to see him at Target. I also gifted her a green yarn Yoshi, which she thinks is very cute. He sits on her TV mantle next to a plush toy of Resetti, reminding her never to reset a game without saving. 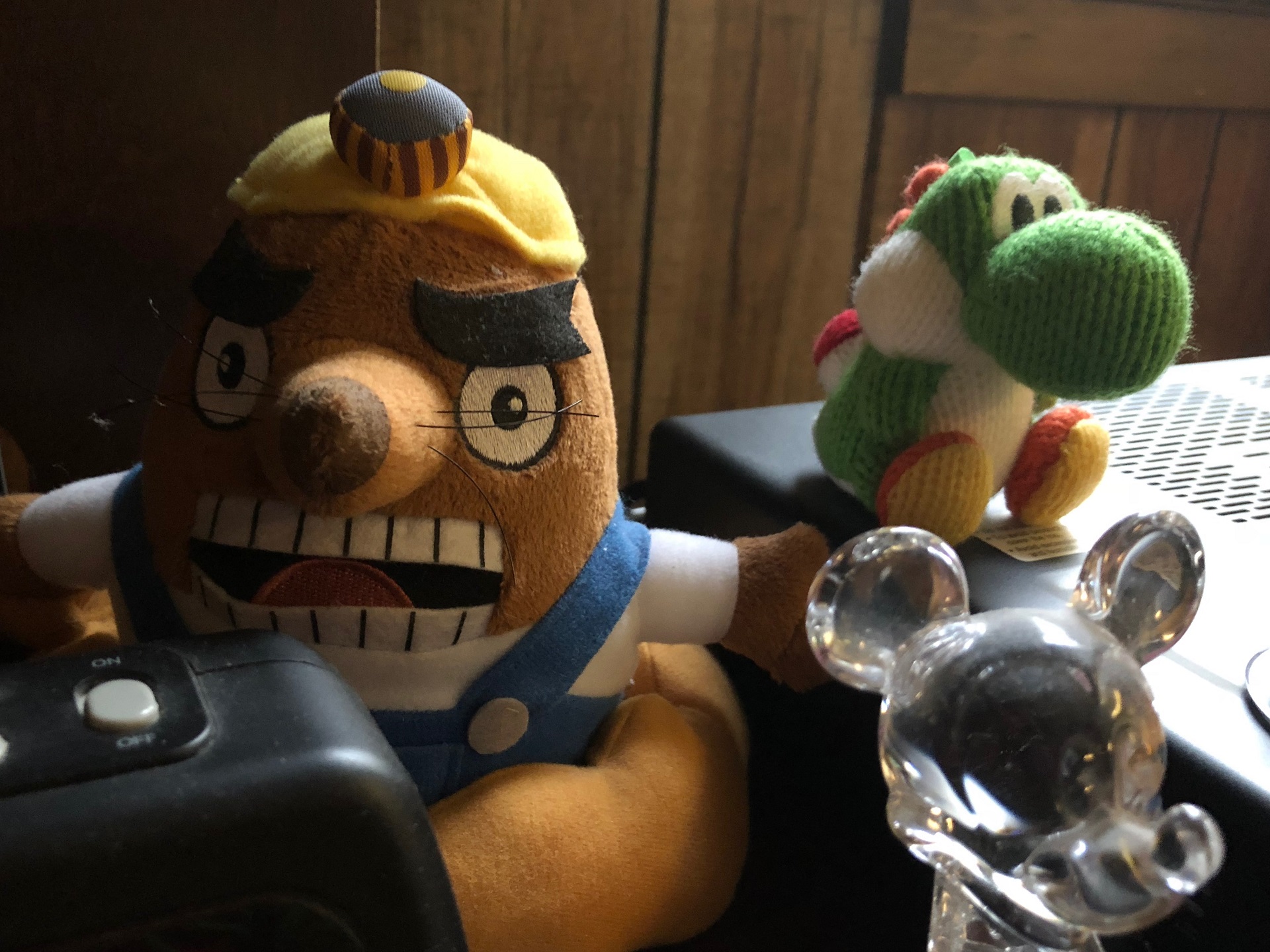 I owe a lot to my mother. She’s not only put up with all of my bullshit over the years, but she helped firmly cement gaming as my favorite hobby. She didn’t panic when ‘90s media was screaming foul; she just sat down and sincerely watched me play these games to see what they could do. If anything was questionable, she was there to teach me fact from fiction and right from wrong. What’s more, she joined in with me, making it a family gathering instead of just an escapist activity.

While I still don’t have enough money to move away and start my own life, I honestly fear that leaving might destroy this bond that we have. I love being able to not only talk to my mother about her life, my life and some of our problems, but our weird diversions into searching Resetti’s home at night. She is the only person I can lovingly hug and then immediately talk about catching a Charmander on Main Street.

Without her, I would be nothing (literally), but I’d also probably not be as dedicated a gamer. I love my mother and I hope our fascination with shaking trees, collecting fossils and fishing for sharks never ceases.