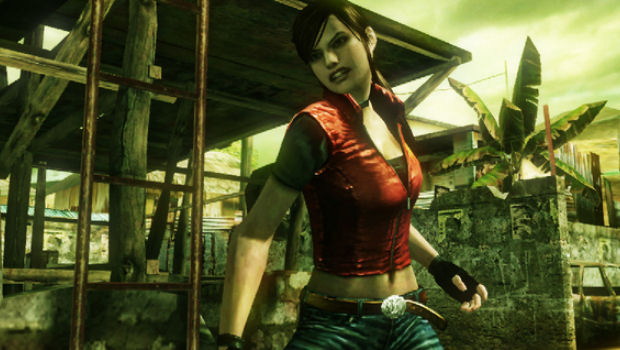 [Update: A number of readers tell us that their local GameStops are singing a different tune — claiming that they WON’T accept used copies. While I can only go by the information I was given, this is an interesting situation. I am currently waiting to hear back from Capcom itself on the issue, so keep reading Destructoid.

Update 2: Capcom’s Brian Keltner has responded to us: “In Resident Evil: The Mercenaries 3D, all mission progress is saved directly to the Nintendo 3DS cartridge, where it cannot be reset. The nature of the game invites high levels of replayability in order to improve mission scores. In addition, this feature does not remove any content available for users. Secondhand game sales were not a factor in this development decision, so we hope that all our consumers will be able to enjoy the entirety of the survival-action experiences that the game does offer.

Update 3: After speaking with more managers and gamers, it’s safe to say GameStop is selling new copies, but NOT selling used ones.

“In regards to your question about retailers, Capcom doesn’t comment on sales or retail figures.” ]

There are a few rumors floating around of certain stores — specifically EB Games — refusing to stock Resident Evil: The Mercenaries 3D thanks to the single save slot that cannot be deleted and the implications it could have for used games.

Destructoid decided to see if GameStop had similar plans in North America, and found out that so far, the chain will stock new copies of the game and accept traded in cartridges. This seems to back up Capcom’s claim that used sales won’t be affected, but who knows what the used customer will be buying?

“We’ve heard nothing down the line,” said a representative, when asked about refusing to stock the game. “Anything you hear otherwise, I’d say they’re rumors put out by our competitors.”

We’re still sending out emails and badgering contacts to see if there’s any appreciable fallout from what is starting to become a rather controversial decision on the part of Capcom.