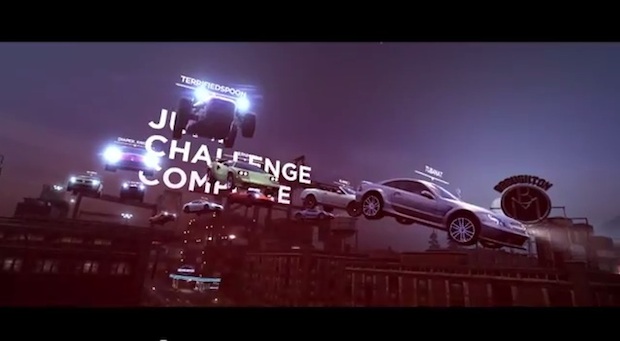 Need For Speed Most Wanted is such a fun racing game. Criterion has created a perfect racing experience that’s just jam packed with a ton of content.

There’s so much content that Kinect might actually make itself useful for once with the voice commands feature. You’ll be able to give out commands instead of using the d-pad to select from the racing menu, saving you time and letting you concentrate completely on driving. You can select what race you want to do, to even modding your car on the fly with voice commands. One example I was given was that you can switch to offroad tires on the fly so your car can handle better offroading.

With the Vita, Criterion was determined to bring the console experience over to the handheld. The whole open world, all the cars, the multiplayer — it’s all there just like the console/PC versions. The only sacrifices that have been made is that the multiplayer is limited to four players instead of 12, and some races will see one less AI competitor involved. Visually the game was looking great. Not as pretty as the other versions, but still impressive on the Vita. Criterion is also shooting for 30 frames per second for all versions of the game.

Autolog will also tie together the Vita and PlayStation 3 versions. You can earn XP on the go, and then see that applied to the PS3 version.

The console versions in general just looks gorgeous. I know it’s not a Burnout, but I will miss the total destruction that comes with crashing cars. Cars can smash into each other, causing them to get disabled until respawn still, and they do get somewhat dinged up. Just nothing as crazy as Burnout Paradise. It’s a minor issue for me in any case.

Most Wanted is everything Burnout Paradise was and so much more. It’s about getting into the action fast, and always trying to stay on top amongst your friends.