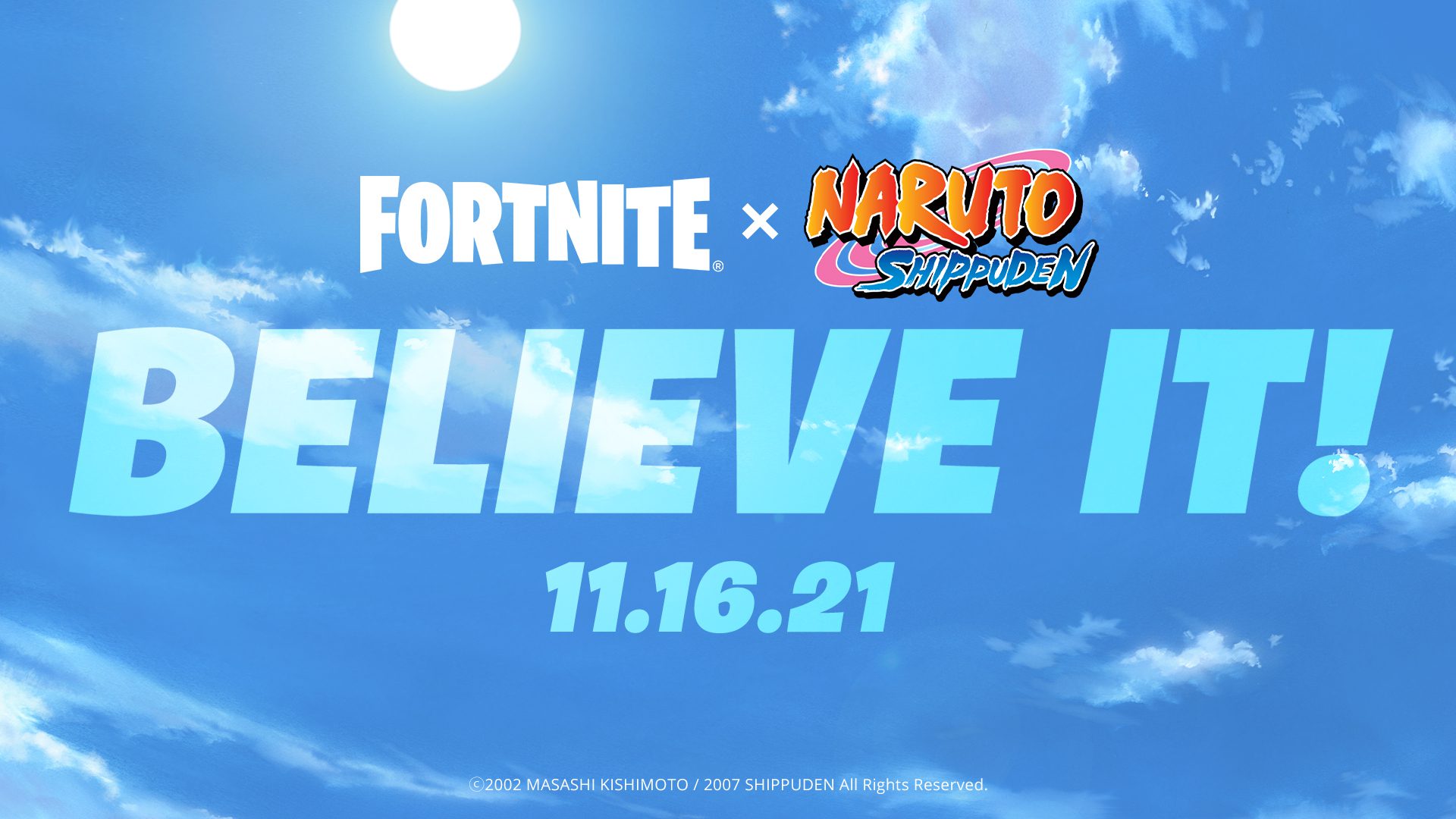 The Fortnite Twitter account confirmed the crossover today with an image, saying “Fortnite x Naruto Shippuden” and “Believe It!” with a date of Nov. 16, 2021.

We’ll probably learn soon enough exactly what this entails, though a skin of the titular ninja or possibly some other main characters would be rad. Although I’m sure dataminers are probably already uncovering it as I type this.

The Naruto crossover was in the documents revealed as part of the Epic v. Apple court battle, which contained a bunch of potential partnerships. Whether this sparks hope in some more of them still coming to fruition or not, putting some Naruto in Fortnite is pretty wild. I mean, think about it: this is now a video game that has Timothée Chalamet’s Paul Atreides, Kratos, and the Master Chief. And now, the world-famous ninja franchise will join the mix.

Fortnite also recently added Jinx from League of Legends, as part of Riot’s big content rollout around the Netflix series Arcane. As Fortnite continues to grow and evolve, the amount of crossover in it is just going to feel wilder and weirder with each new addition.

We’ll see what Naruto Shippuden is bringing to Fortnite as we approach the teased Nov. 16 date.