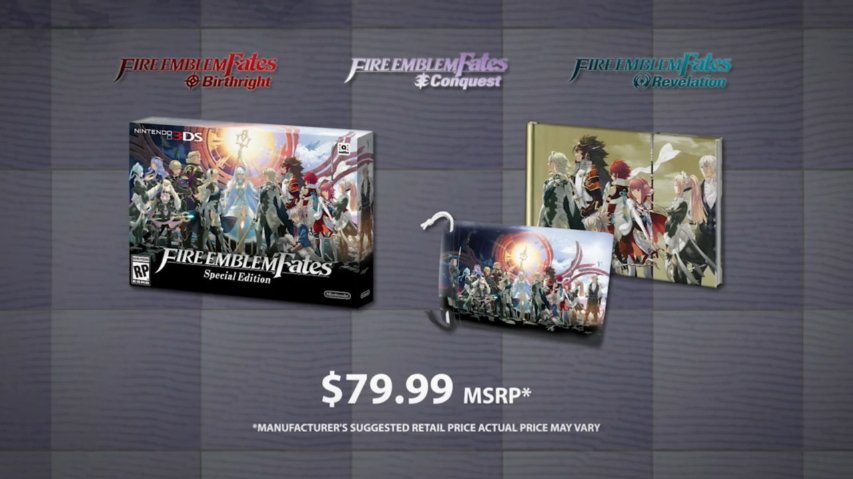 Each version will cost $39.99 and will tell the story of one side of the conflict. Players who buy one retail copy can then get the second side for $19.99.

Later, a third story path will be available via Fire Emblem Fates: Revelation. It is recommended to play this one last, as it will explain a lot from the other two versions.

A Special Edition will contain all three versions of Fates, along with an art book and a 3DS pouch.