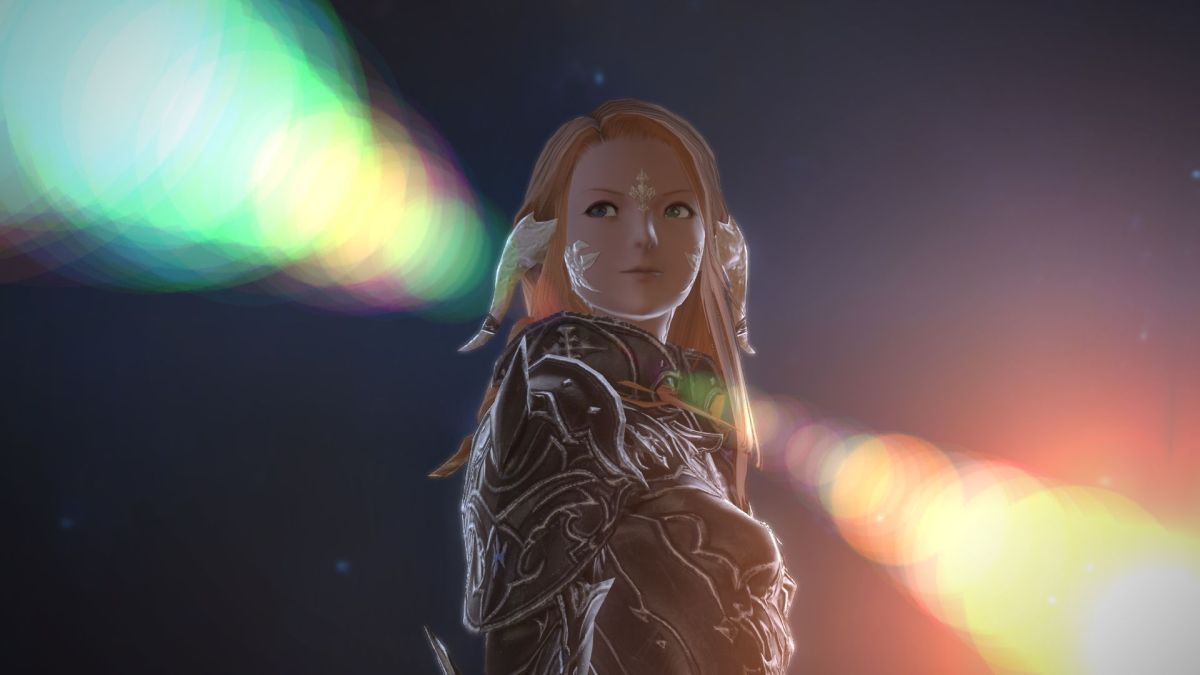 Tales of loss, and fire, and faith

It was around this time last year that I first wrote about Final Fantasy XIV. Friends had tried to put me on to it for ages, and I even made a character once before promptly quitting out after seeing all clutter on-screen. But hearing about the sheer fervor, as servers buckled under the weight of new and old users striving to play Endwalker, finally got me to give it an honest try.

I played some Final Fantasy XIV: A Realm Reborn. And then I journeyed to Ishgard, and Heavensward. Then onto the deep-seated conflicts of Stormblood, the sorrow of Shadowbringers, and finally, the edge of all things in Endwalker. I played some XIV, and then played a lot, lot more of Final Fantasy XIV.

Starting out in A Realm Reborn, I wasn’t sure what to expect, as I’m not an MMO person. I’ve given a few some chances here and there, but they weren’t my thing; something about standing around, hitting singular abilities from a massive lexicon of skills laid out before me, as shuffled to-and-fro didn’t really do it for me.

The funny part is that Final Fantasy XIV doesn’t really skew far from that. Most of my fights are hitting my skills in rotation, stacking on damage and dodging the puddles of doom as they pop up. What impressed me over my year of XIV was how it felt like I got to the good stuff so fast.

It wasn’t long until my Lancer was offering me cool opportunities to do more damage, by maintaining a set combo and positioning well. Soon I was swapping between combos, utilizing one for its damage boost and effects while another output more damage. Once I hit Dragoon, I was given a bunch of Jumps to work into my rotation, finding little cracks in the rotation where I could add more damage.

Everything felt like it was taught to me, over time. Rarely did I feel the need to search for what a mechanic did, or feel lost when running content.

It helps that Final Fantasy XIV‘s community is, for the large part, one of the most positive communities I’ve seen in a game, ever. That’s not to say I haven’t seen some grief or trolling. But it’s been an absolute outlier to otherwise overwhelming positivity; most players tend to forgive mistakes, teach newcomers, wait patiently for cutscene-watchers, and share in a communal joy rather than drag each other down in frustration. It’s genuinely energizing to wipe in an encounter and see everyone laugh and joke about what happened, rather than leap for each others’ throats.

The community and game isn’t just combat and quest content, either. While there is a bevvy of high-end battling to be had, if you really want to strive for glory, there’s also a ton of Final Fantasy XIV to be seen that encompasses other talents. The Island Sanctuary, added last year, is a completely combat-free zone where players can farm, craft, and create their own island, with some Animal Crossing vibes.

Disciples of the Land and Hand can get deep into mining and crafting, getting both tailored story content and profit from it. Fishing is a more recent venture for me, and I’ve adored it. Finding new fishing holes lets me retread past locales for new spots, and the ocean fishing adventures (nautical raids, I like to call them) are really fun to do. And when all that work gets tedious, the Golden Saucer awaits.

That’s not even counting all the player-created ventures, either. I’ve attended in-game conventions and meet-ups. I’ve waited in line for a nightclub’s grand opening, where a DJ streamed their set over Twitch and players danced in-game. Somehow, inexplicably, I found a fight club. It ruled.

That’s not to say the main story isn’t good, either. In fact, put all together, Final Fantasy XIV as a whole might be one of my favorite stories in games. A Realm Reborn starts slow, but lays out all the foundation and world-building needed, and has some really good stories hidden away in sidequests and activities.

Then, of course, Heavensward arrives and blows the doors down. Stormblood feels like a Tactics-era tale, largely foregoing the usual evildoers in favor of a grounded and moving story about generations of war and conflict. Then Shadowbringers arrives, turning the wheel the opposite direction and crafting an absolutely incredible campaign, easily my favorite of them all, before Endwalker ties everything together.

I played through all of them over the course of 2022, in a marathon sprint that I hope would make Final Fantasy creator Hironobu Sakaguchi proud. Amid all of that, I ran raids and tackled extra story content, bouncing between high-end content and neat side adventures that expanded the world. I Fantasia’d my Warrior of Light into a new character, making them feel like my own JRPG protagonist that I’ve led through each expansion. (Don’t worry, my original hastily-made Geralt knock-off is still around as my trusty retainer.) Triple Triad has dominated my time, and I’m just now starting to get into some of the Extreme content.

Every day, it’s felt like I’ve uncovered some new piece of content. I’m not sure just how large Final Fantasy XIV is, but I know I’ve yet to even glimpse the boundaries. It’s made Square Enix’s approach to maintaining old content a joy; while some ongoing games might vault or silo away certain content, the XIV team has been actively updating past work and making the on-ramp smooth, even in the most recent patch.

I can’t make any guarantee that another year from now, I’ll still be playing Final Fantasy XIV. Fits and spurts come and go, and I’ve played and eventually dropped enough never-ending forever games to know that the honeymoon phase will fade. Final Fantasy XIV does feel built to accommodate dipping in and out, though. Updates are fairly regular but the regular story content is easy enough to play through, while harder content drips in for the more hardcore base.

Final Fantasy XIV is an MMO that finally won me over on the concept, mixing in a fantastic RPG story in the process filled with incredible story beats and characters. But what’s kept me attached to Final Fantasy XIV isn’t just the glut of content or a fondness for the series, but how it’s fostered a world that doesn’t feel quite so hostile. Sure, I could ram my head against the wall on some difficult fights. But if the day’s been long and I just want to go ocean raiding or vibe at the Golden Saucer with some pals, those activities are actively rewarding.

So, one year later, I’ve played entirely too much Final Fantasy XIV. I’ll probably keep doing so, too. I’ve walked to the end in Final Fantasy XIV, and I still feel like I’ve only scratched the surface. But now I can at least confidently say: it’s a journey worth taking.

Related: FFXIV: How to Get Coral Pink Dye on Prima Games