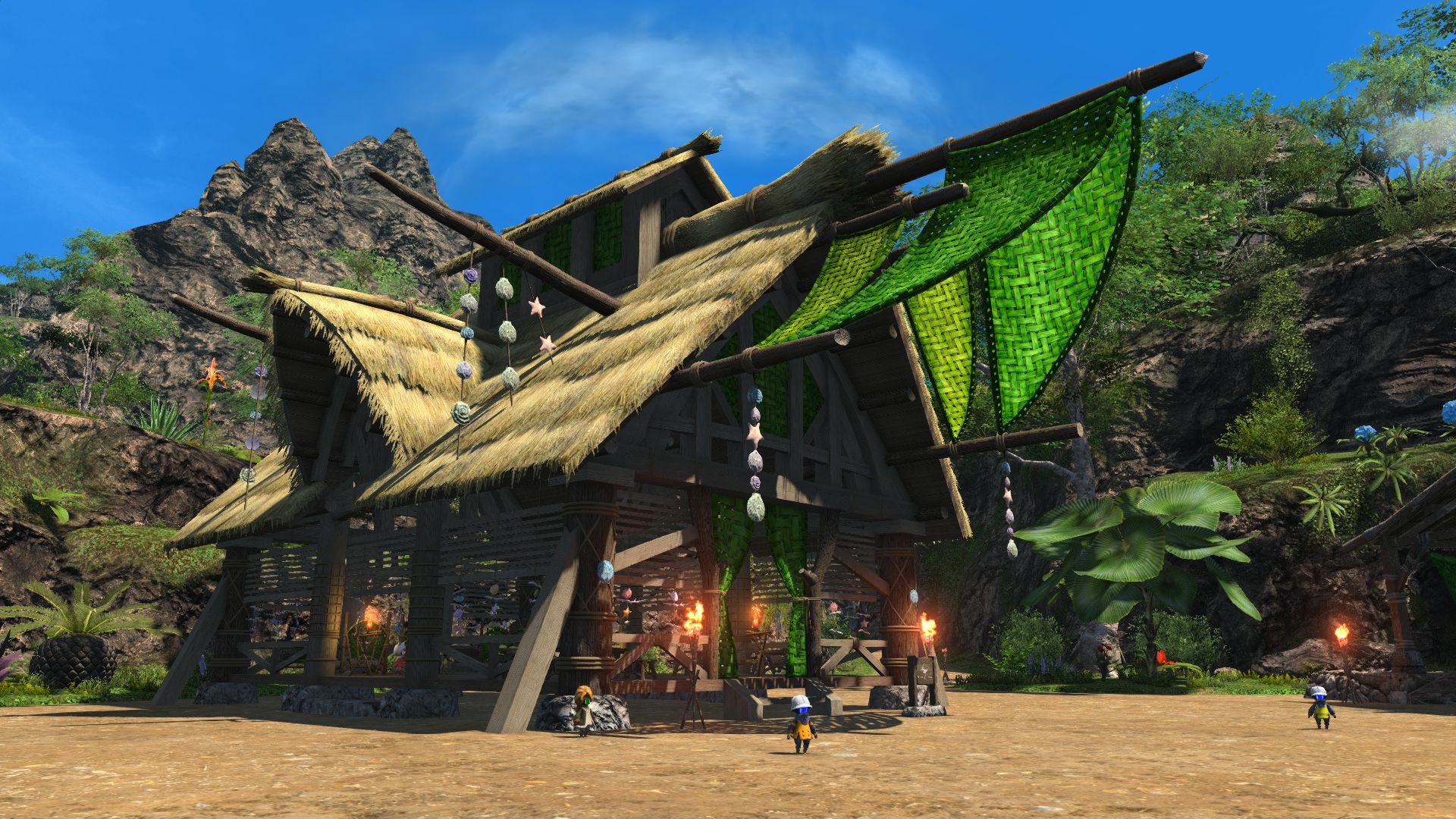 How to build a beautiful island and, also, profit

The latest update for Final Fantasy XIV went live yesterday, bringing a host of new content. Part of the update is the Island Sanctuary, a cozy and deceptively deep island living simulator. It can seem overwhelming to start, but I’ve got some tips to help you get your Island Sanctuary up and running.

While it’s easy enough to unlock, the list of things you can do quickly piles on. Don’t worry, though. I’ve spent roughly the last 24 hours tearing through the mode, figuring things out along the way.

If you want to figure it out for yourself, no worries. This isn’t intended as a de facto starter guide or anything. Rather, these are some little ways I’ve found to both maximize profit and pleasure on the Island Sanctuary in Final Fantasy XIV.

Without further ado, let’s run them down.

Save your blue Cowries

This might be the biggest piece of advice I can give in my list of tips for the Island Sanctuary. Blue Seafarer’s Cowries are one of the two island-specific currencies, alongside green Islander’s Cowries. These function as the main currency of Island Sanctuary, as Gil will not buy you anything here. (You can, however, make stuff to export, but that’s all a bit further down the road.)

Seafarer’s Cowries can be traded in for the special Island Sanctuary duds once you’ve built up your Cozy Cabin. I would implore you to hold off on that, however.

Blue Cowries are also the currency used for a number of other expansions. This includes making your crop fields and pastures larger, expanding to new build sites, and even funding foraging expeditions. Saving a little now will save you a lot of waiting in the long run. 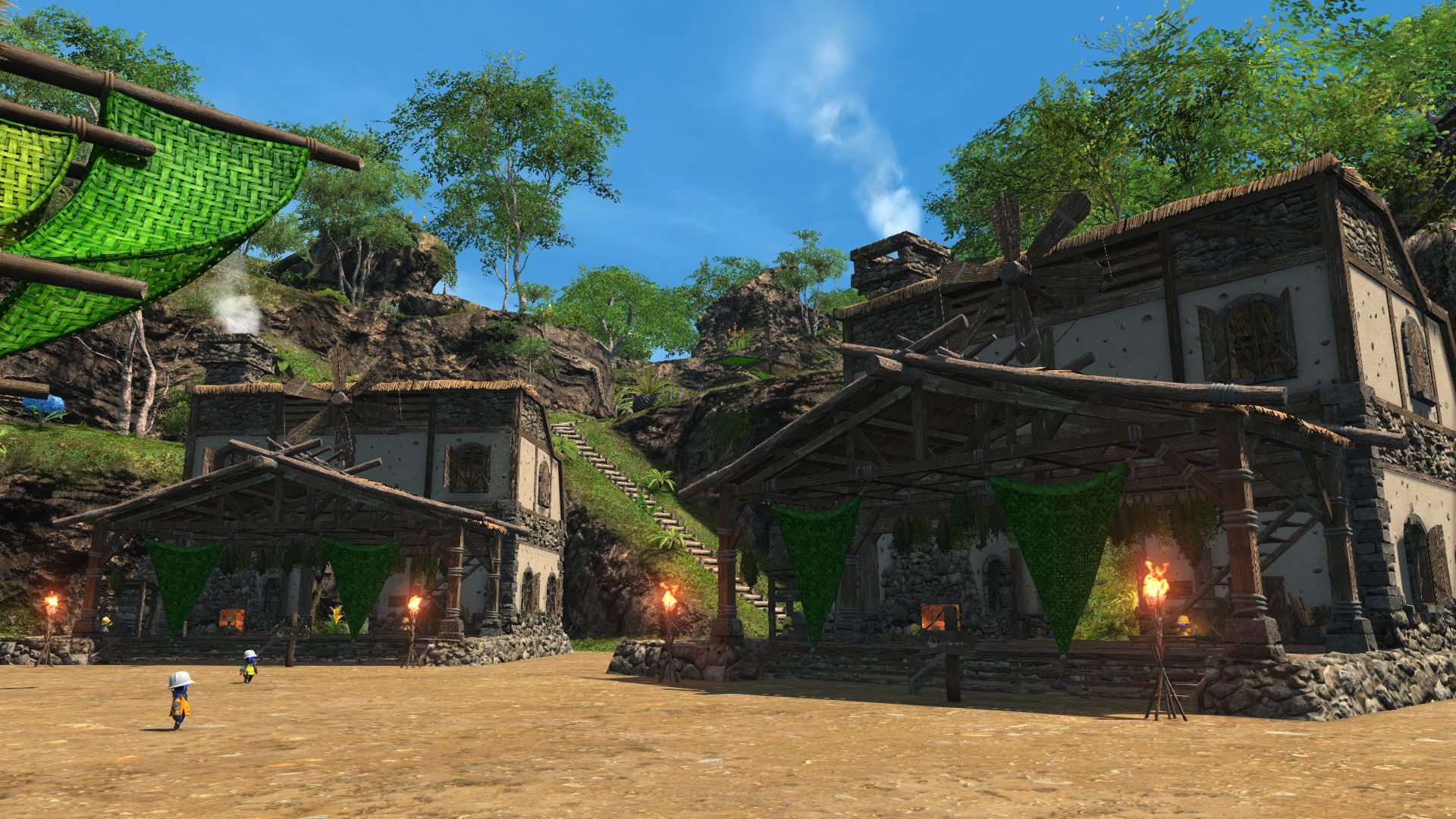 As part of the tutorial sequence of quests, your helpful Mammet friends will help you build a Workshop. This fills one of your two available building sites, and you might be tempted to leave that second plot open for a different building.

Plopping down a second Workshop here was invaluable for me though, as it essentially doubles the potential output of Workshops. Workshops eat up resources that you’ve gathered and export them as final consumer products, which then net you more Seafarer’s Cowries.

Establishing an early bevy of production means netting more Cowries in the long run. This makes it easier to work towards building up your Island Sanctuary faster. 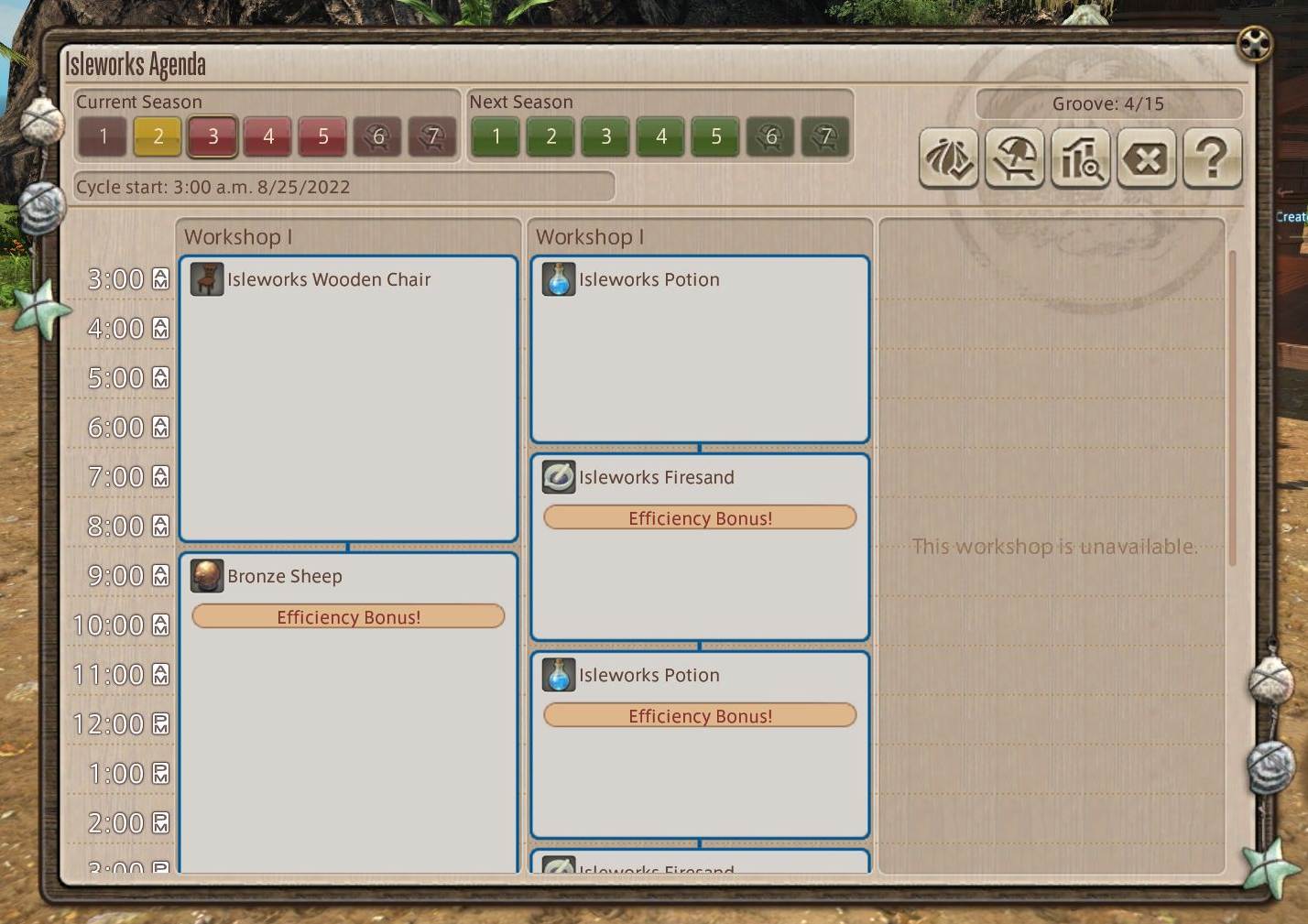 Speaking of Workshops, make sure you pay attention to how you schedule out your Workshops’ output. As your island helpers explain, Workshops will produce more if they continually produce items in the same family.

An early way to maximize this is to have a Workshop alternate between making Potions and Firesand. Both fall under the Concoctions category, so they’ll pick up an Efficiency bonus. The same applies to Foodstuffs, Woodworks, Accessories; anything that shares a category can carry it forward. 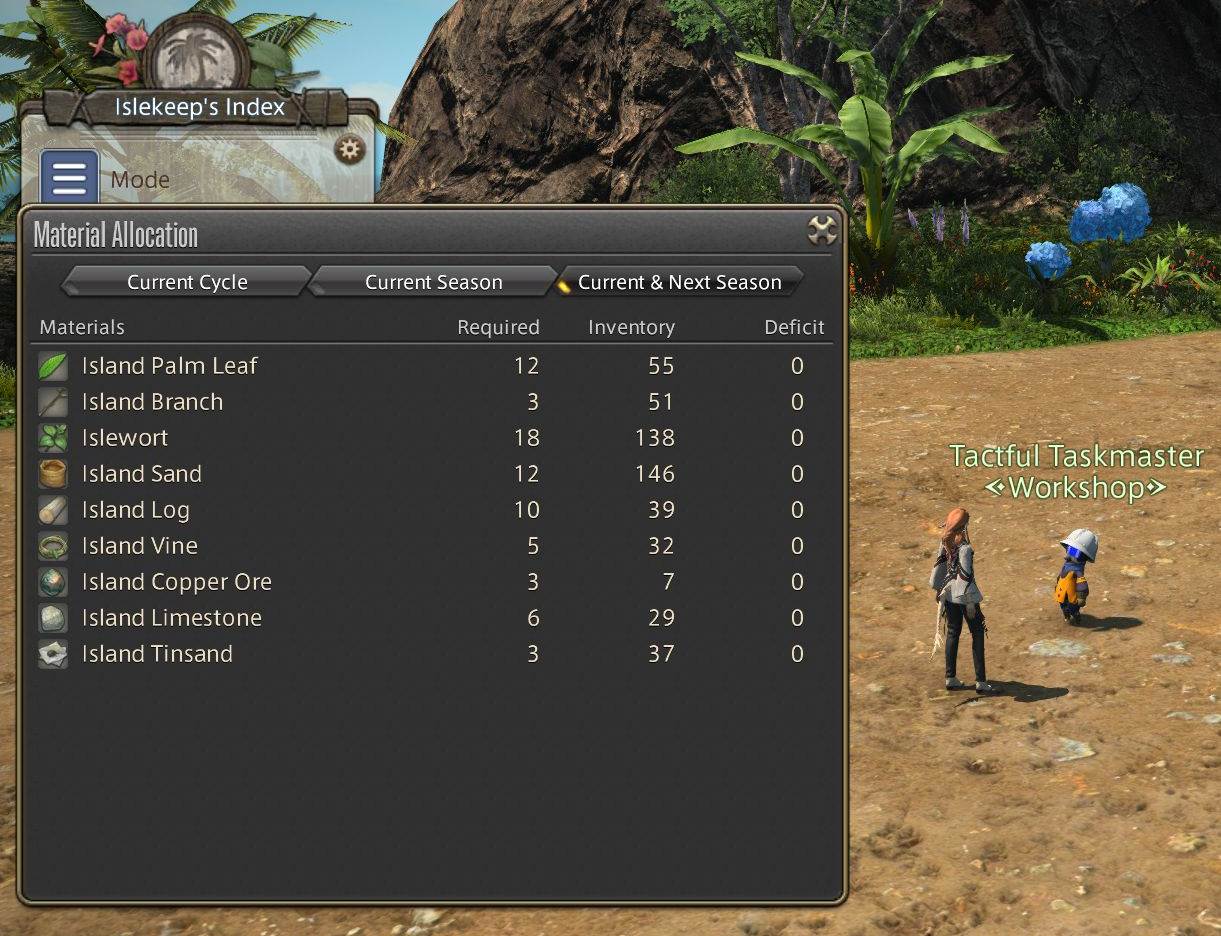 Keep an eye on deficits

One helpful tab in the special Island Sanctuary menu is the Material Allocation menu, which shows you stats on what your Workshops need. Each real-world day is a Season, broken into Cycles.

There are tabs on this menu that let you see what materials are needed for the current Cycle, current Season, or both Current and Next Season. They also let you see how many Island Sanctuary resources you have stockpiled, and if there are any deficits.

This last number is crucial. It’s basically a shopping list for every time you run out to gather more supplies. Before you return home to do more, it’s always worth opening this tab to ensure there aren’t any deficits, especially if you’re spending those resources on crafting and upgrading too.

Mounts can get you anywhere, fast

One nice part about the Island Sanctuary is the ability to essentially have Perma-Sprint on, making running between resource nodes a little less time-consuming.

Say you know you need Island Copper Ore, though. A good spot for farming that is all the way in the bottom-right corner of the island. One Island Sanctuary tip I actually got from a friend is that not only are mounts usable, but they go real, real fast.

Just hop on your mount and marvel at the Mach-5 speeds you reach. Seriously, your face may melt. No Chocobo was meant to go this fast.

While mounts will get you to a place fast, I also highly recommend just getting in the habit of picking things up as you run along.

Eventually, you’ll be venturing out only for certain items. At this point, it’s good to find a loop. Resource nodes will respawn with more to gather after a set amount of time, so finding a good loop like the copper one can make for better farming than running around, looking for the right resource.

Landmarks are different from other early buildings, like Workshops or Granaries, in that they don’t produce anything themselves. Rather, they provide passive benefits.

That said, you should make sure to build these when you can. Establishing a landmark doles out a hearty serving of Island XP, crucial for ranking up the Island Sanctuary, and adds passive effects.

Plus, why wouldn’t you want a tree fort? (Feel free to choose what you want, by the way. From what I’ve seen so far, the difference between early landmark options is purely cosmetic.) 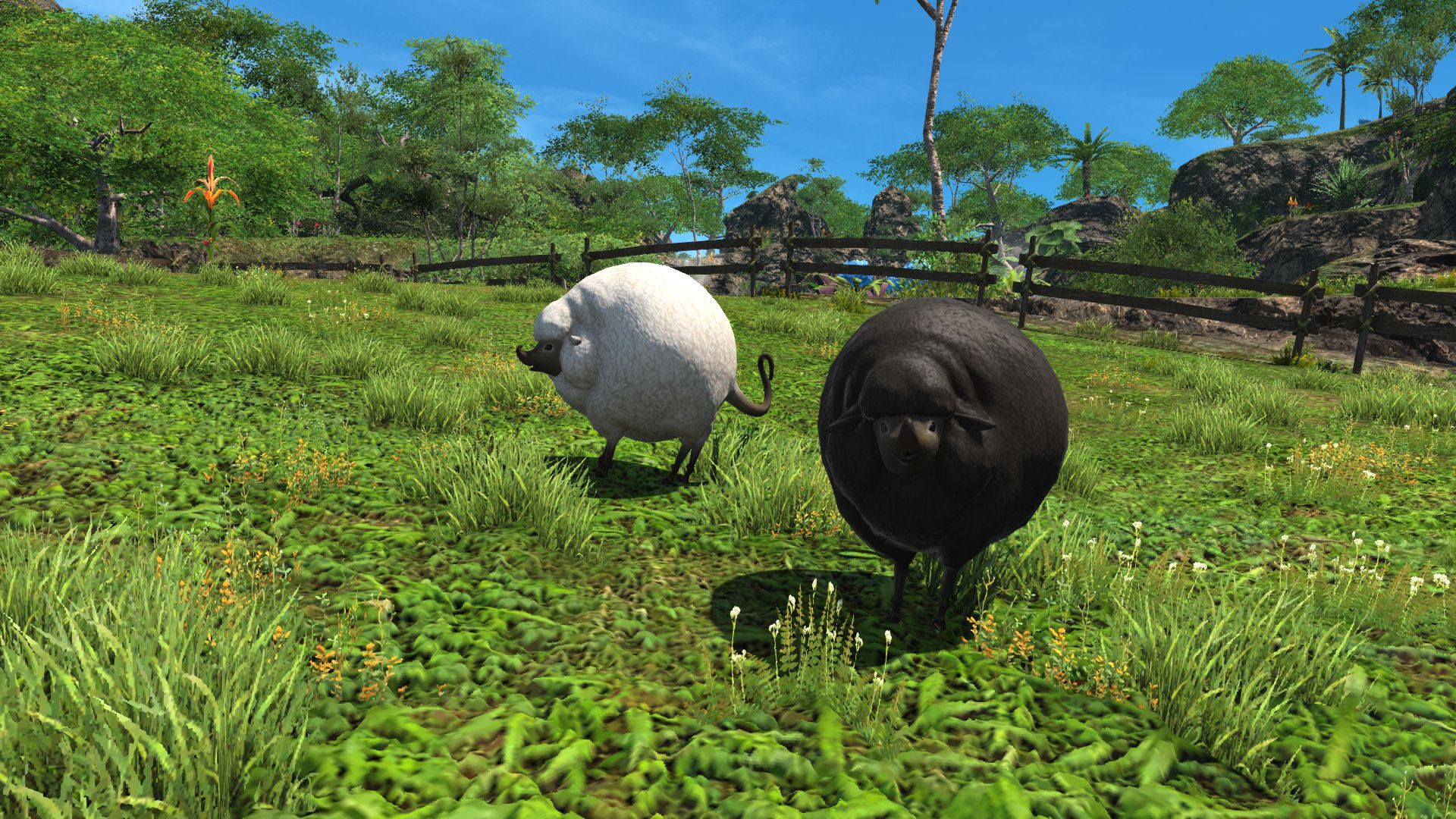 Keep an eye out for rare animals

While you can catch and tame a bunch of the wildlife on the island, there are special spawns that only happen at certain times or under certain conditions.

Given we’re only about a day into this new patch, players are still figuring all the particulars out, myself included. I’ve already got one special version, an Ornery Karakul (a.k.a. black sheep) in my Island Sanctuary pasture. I’ve also seen a few special spawns, like a Gold Beak, that I could not capture yet due to not having a high-enough level net.

It’s unclear at this moment what the benefit of these are, but hey, at the very least, they look cool. It’s a great way to show off when your friends visit your Island Sanctuary. 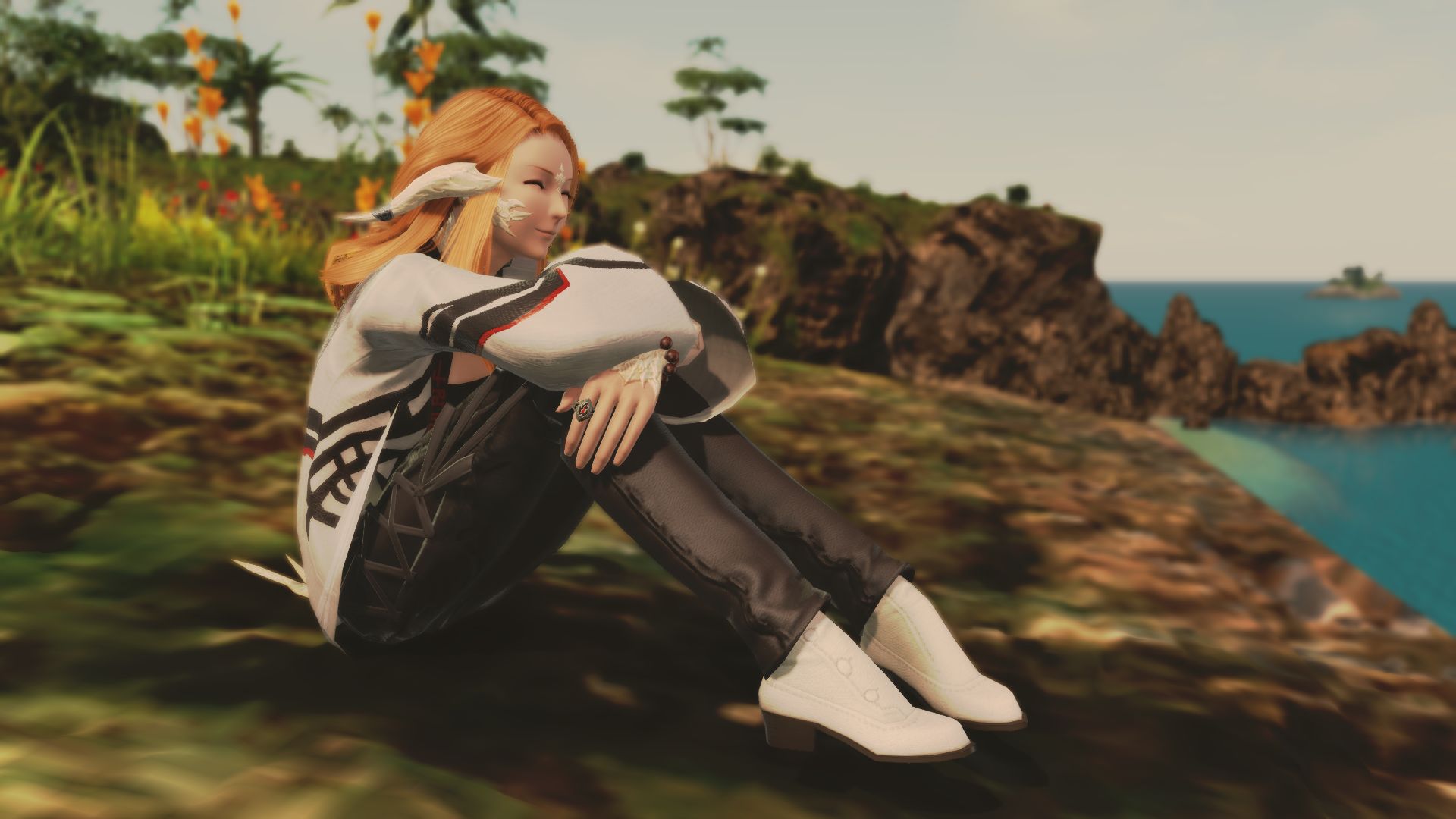 Take in the sights

Yes, the Island Sanctuary can be slowly and gradually transformed into a humming, healthy machine for constant Cowrie production. But as Tataru notes, the pursuit of profit doesn’t necessarily exclude the potential for finding some relaxing peace on the island either.

As your island grows, you’ll add more vistas to visit, beautiful areas to explore, and tons of natural beauty in the wilds. So for my final Island Sanctuary tip, I recommend you take some time between gathering runs to just hang out on your island. It’s a great place to take a load off, put on your favorite Orchestrion roll, and /gpose away.

And for all that island gathering, I highly recommend a second monitor with some good shows or videos on in the background. Maybe some of Sakurai’s new YouTube content?