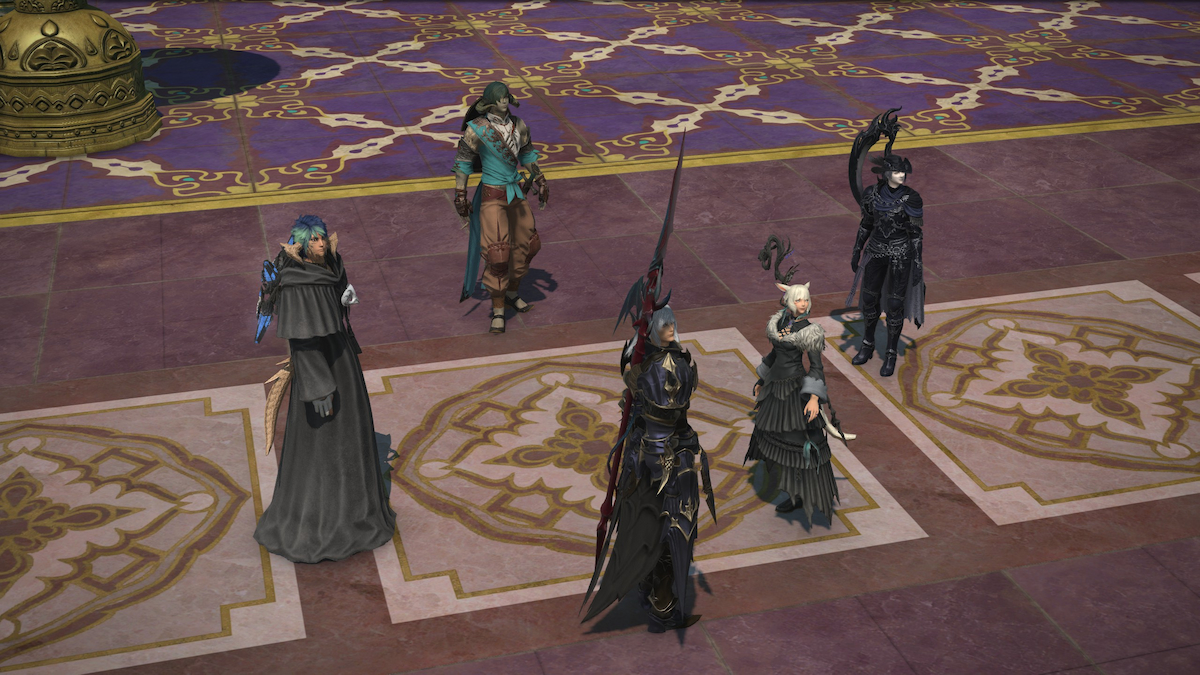 A good day to be a Machinist

The wait for Patch 6.3 in Final Fantasy XIV is finally over. As with any major odd-numbered Final Fantasy XIV patch, players can look forward to exploring a new dungeon, a new trial with Hard and Extreme difficulties, and the new chapter in the Alliance Raid story. That said, this new content might not be what players are most excited for this time.

Since launch, Endwalker has faced controversy stemming from its job balance. This issue was exasperated by the Savage Raid tier introduced in Patch 6.2. Since the boss hitboxes were so comically large, ranged DPS fell out of favor while melee DPS easily maintained damage uptime without issue. Fortunately, Patch 6.3 has come equipped to address these concerns with a huge slew of job changes and much-needed buffs. Here’s a summary of everything that changed.

Paladin has received a comprehensive overhaul with notable changes to its rotation. It mathematically might not be stronger compared to its state before this patch, as moves like Riot Blade, Royal Authority, and Atonement have received significant debuffs. That said, Paladin now compensates for these changes by dealing reliable burst DPS every 60 seconds. Goring Blade now pushes major damage on a 60 second cooldown, and Fight or Flight buffs all of Paladin’s damage.

That said, it’s not just Paladin’s damage potential that has changed. Divine Veil has been completely stripped of needing outside assistance and activates the second you push the button. Shelltron also has been changed to a flat 15% damage mitigation instead of blocking incoming attacks. Don’t worry though, Bulwark makes its return to Paladin’s hotbar and provides Shelltron’s former effect instead.

If you’re a Paladin main, you might want to practice on a training dummy before you throw yourself at any of the new content in Patch 6.3. It will be fascinating to see how Paladin stacks up to the other tanks when the final Savage Raid Tier of Endwalker launches in Patch 6.4.

To learn more about Paladin’s changes, check out our detailed guide here!

Of all the jobs in the game, Machinist has needed love the most. Despite being a bit overdue, Machinist thankfully is prepared to make a huge comeback in your local Party Finder with several buffs.

With increases in potency to Heated Slug Shot and Heated Clean Shot, Machinist will be doing greater consistent damage throughout any boss encounter. More notably, buffs to Hypercharge and Wildfire have major implications on Machinist’s burst DPS potential. Both these actions grant more of their respective stacks, and combined with Gauss Round and Ricochet buffs, Machinist should hopefully push competitive DPS once again.

That said, don’t miss out on the new action in Machinist’s toolbox: Dismantle. Returning all the way from the days of Heavensward, Dismantle lowers a target’s damage output by 10%. This might not seem like much, but this gives Machinist some important utility that substantially protects your party against powerful raid-wide attacks. Don’t forget to add it to your hotbar!

Because Warrior wasn’t obviously three Lalafell White Mages stacked on top of each other, Shake It Off now provides regen healing for all nearby party members. I’m starting to think that job icon should turn green.

Riddle of Earth has gone through a substantial change. Its cooldown time has extended to 120 seconds, but it now provides a static 20% damage reduction for 10 seconds. Monk will also gain some regen healing if they takes damage during this window.

The cooldown for Life Surge has been reduced from 45 seconds to 40 seconds. Since this move both heals and guarantees a critical hit, even a small change like this can notably alter Dragoon’s performance. That said, Dragoon does not look to have any particular changes to its rotation.

Dancer’s rotation remains the same. Shield Samba and Curing Waltz are now usable while dancing, so you can always provide essential party utility.

Nature’s Minne now increases healing for all nearby party members instead of a single target. While its potency has changed from 20% to 15%, it will collectively provide more overall healing assistance when used optimally. Additionally, this move will be easier to weave into your rotation since you no longer need to select a party member to use it.

The cooldown of Assize has changed from 45 seconds to 40. This is arguably White Mage’s best button, feel free to spam it!

All iterations of Phlegma have had their cooldown times reduced from 45 seconds to 40. Like White Mage and Dragoon, this means you’ll put out an extra Phlegma during longer encounters. That said, Sage will also generate Stacks of Addersting when its own barrier via Eukrasian Prognosis is broken. More casts of Toxikon is always nice!

A slight change for tanks

Before the game went live, there was some concern over new buttons added for every tank. It initially appeared that tanks would need two buttons on their hotbar to activate and deactivate their tank stance instead of the single button that exists now. Fortunately, this is not the case. If you are comfortable with where your tank stance button is on your hotbar, it will simply revert to the other button after you use it.

In other words, this change primarily exists to keep players from accidentally toggling their tank stance off when they don’t mean to. Now you’ll get a nice visual in your hotbar which will help you keep track of whether you are currently tanking or not. In other words, keep playing Tank jobs the way you always have! This change is nothing to fear!

Paladin and Machinist obviously got the most love here, but it will be exciting to see how job balance plays out moving forward. Physical Ranged DPS will be the one to watch, as both Machinist’s added damage mitigation and Bard’s healing assistance could absolutely change how they are used in high-end content. That said, Final Fantasy XIV prides itself on tight class balance that allows any job to excel at nearly any content in the game when used right. Play the job you love, not the one that looks most interesting in the meta.