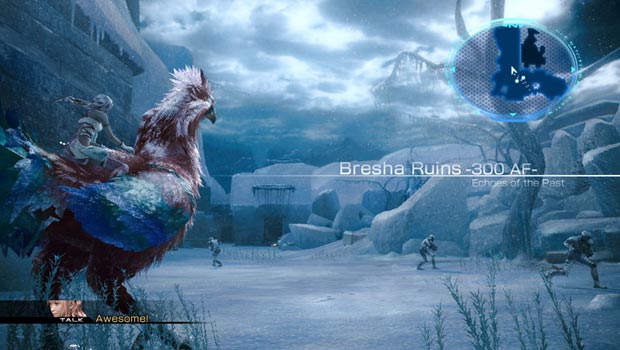 Whether or not you felt the original Final Fantasy XIII was too linear in the gameplay department, there’s no denying that Masashi Hamauzu’s cinematic score was one of the best in the franchise.  Despite his departure from Square Enix shortly after the release of XIII, Hamauzu is still on board for XIII-2 and will be joined by in-house composers Naoshi Mizuta (Final Fantasy XI, Four Heroes of Light) and Mitsuto Suzuki (The 3rd Birthday).

I loved the hip-hop influences and slew of battle themes featured in the E3 build of the game last June, and a new VGMdb entry indicates that Square Enix is releasing a 4-disc soundtrack for Final Fantasy XIII-2 on December 14, 2011 in Japan.  It will come in both standard and limited editions, the latter of which comes with a special DVD and likely snazzier packaging for the price of 4,800 Yen compared to the standard’s 3,990 Yen.  I think it’s also likely that Square Enix will offer the soundtrack in its North America store at some point.

Oh, you can also snag a copy of the vocal theme from the Japanese version of the game, “Yakusoku no Basho” sung by Mai Fukui in November, although they’ll likely swap it out for international releases.

Have you picked up on the different musical influences taking center stage in XIII-2, and will you be importing the soundtrack in December?