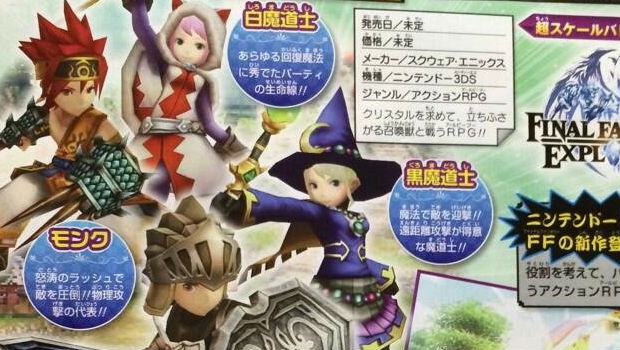 And hopefully west soon after

Japan just had a third-party Nintendo Direct, and it decidedly focused on Final Fantasy Explorers at the start. Square Enix revealed that the game will be hitting Japan sometime this winter, which is a fairly quick release given that it was just announced.

If you want to see the game overseas, make sure you pray to your favorite summon that it sells well over in Japan. I call Odin!