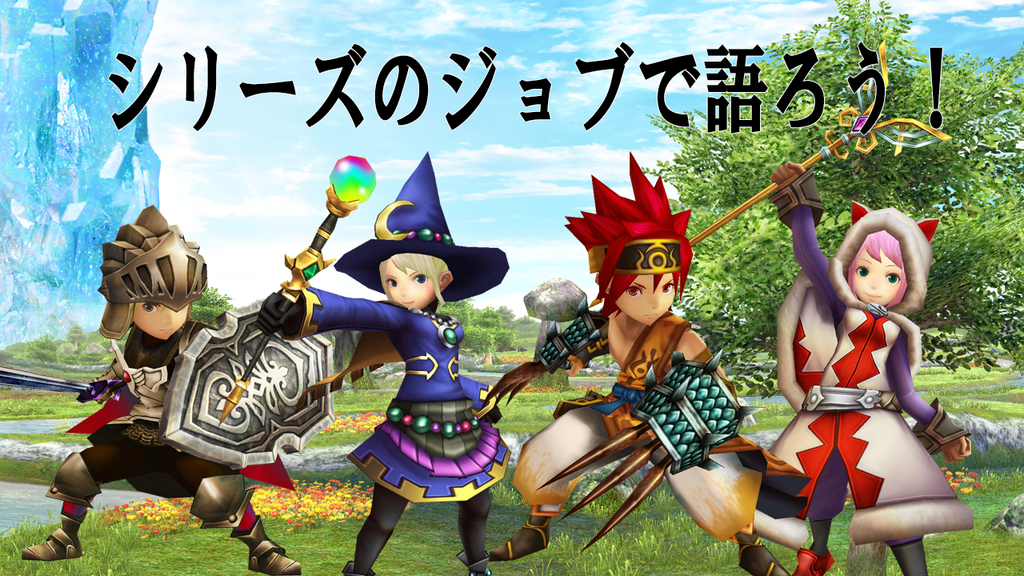 Square Enix is bringing Final Fantasy Explorers west come January, so I went ahead and played it here at gamescom (we also previewed it back in 2014 at Tokyo Game Show).

The clearest thing to me is that I will never get another Final Fantasy: Crystal Chronicles type of experience. I actually went and ordered a bunch more GameCube-GBA cables sometimes last year or possibly the year prior with the intent of getting some Crystal Chronicles going with a new group of pals, over a decade after I spent much time in the original. Basically I was out $40 over one half-hearted play session. That’s what nostalgia gets you.

And Square Enix isn’t really trying to recreate that caravan feel with Final Fantasy Explorers (3DS) despite the four player co-op. This is Monster Hunter fare through and through. Constant item drops, picking up quests, timed mark encounters.

It seems like modest fun, though. Things like the Fortune Teller, Item Shop, and Work Shop were closed down during my demo, but I took on a Flame Djinn hunt (Final Fantasy summon mainstay Ifrit), switched to my Dragoon pants, and embarked on a flaming dungeon with Chocobo and Goblin allies in tow.

The targeting system feels a bit lose and using the d-pad for camera direction means your thumb’s off the circle pad, but combat doesn’t ask anything too complex. There’s a basic attack button, while the shoulder buttons bring up special attacks, and doing real-time dragoon Jumps is fun. There are also even more limited special attacks accessed by pressing both shoulder buttons.

Ifrit did do me in two times, but all reviving costs (with the boss’ health still depleted whatever you got it to) is three minutes against the clear time. It seems like it’ll be a grindy time-waster, but maybe the familiar trappings can catch folks who otherwise struggled to get into Monster Hunter. Not me, though. I’ll keep listening to the Chrystal Chronicles OST. That’ll do.