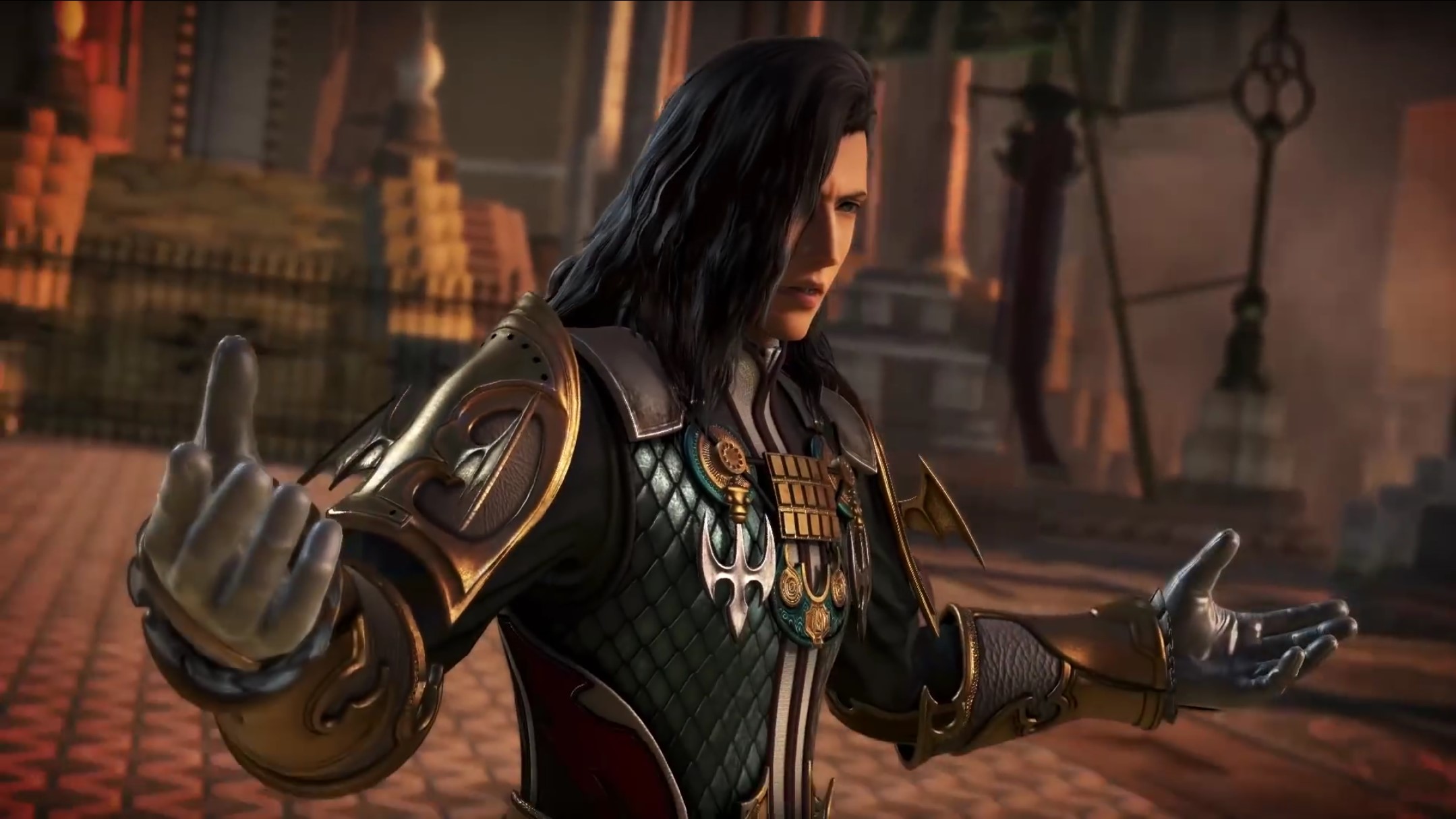 These need to be coming out sooner

Way back in March, Vayne Carudas Solidor from Final Fantasy XII was announced as the first of six DLC characters that would be coming to Dissidia NT. Despite arriving in the March update for the arcade counterpart, Square revealed the console version would be receiving Vayne on April 26. That’s almost three months after the release date of the game internationally.

If Square Enix and Team Ninja are going to take this game seriously, players can’t be kept waiting this long.

So why the critical tone about this you may ask. Shouldn’t we be happy the game is being supported? While this is true, the actual health and longevity of the game is partly riding on Vayne’s arrival, along with the other DLC characters, bringing in more players and retaining those that currently own it. For you see, during their third quarter results presentation, Square Enix revealed that sales for the crossover title were below expectations.

Now there are a number of reasons as to why this happened, and it’s clear that Square thinks it’s still salvageable. Launching right after Dragon Ball FighterZ and Monster Hunter World, especially with the hype those two had, was definitely a mistake.  The changes to core mechanics and switching from one-on-one to three-on-three fights definitely would’ve shaken some of the veterans of the PSP games. The absences of notable fan favorites like Tifa and Yuna from the base roster, coupled with the announcement of the season pass, would’ve left a bad taste for some. The beta left many with mixed impressions for various reasons. This doesn’t even get into the issues reviewers had with the base game. You get the idea at this point, there was a lot going against it.

However, during the presentation, Square Enix said they had a plan to grow sales of the game. To quote their answer.

…since this is a game geared toward multiplayer gaming experience, post-launch initiatives are key. We expect that repeat sales will grow by our hosting events and other initiatives going foward.

As one can interpret from this statement, initiatives would include more content for the base game, regardless of whether it’s free or not. Whether this is paid characters like Vayne, or the Orbonne Monastery stage that was released last month for free, both of them have the goal of retaining new players and trying to draw in new ones. If you’re wondering what the events part is, it’s Square pushing tournaments because they’ve forgotten you can’t get e-sports money if the state of the game is a mess.

That being said, the initiatives need to be constant and fast. The longer the content meant to be the initiative takes to arrive, the less people will care since the online population will shrink and there will be other games to play. The first free stage, the previously mentioned Monastery, didn’t arrive until over a month after launch. Since the game is heavily reliant on the online portion to keep players engaged, the support has to be there otherwise it falls apart. Look at how that’s been going for Dragon Ball FighterZ. Shortly after launch, we were told two characters were coming to the game. Not even a month after their release, we learned that about the third. There’s been a constant drip of information and communication about what is coming at along with updates on when, and it’s been praised for that.

Let’s compare that to the roadmap for Dissidia NT. Way back when Vayne was announced, a timeline was revealed for when new characters would show up. It’s not pretty to say the least, as we can see from the below tweet.

ICYMI: Vayne from FINAL FANTASY XII enters the legendary lineup of villains in late April for DISSIDIA FINAL FANTASY NT. Guess which villain is next? Guarantee all six new characters by getting the #DissidiaFFNT season pass! ➡️ https://t.co/EeIzyFUI8X #FFXII pic.twitter.com/MjkirxzmDA

The entire season pass will not be out until next year, and the next character isn’t until June. In the time it took Dissidia to release one character, FighterZ released two and revealed a third. There’s also no guarantee that there will be more stages or features between characters to fill that gap, as Square has been quiet on the subject, although that could be the arcade side being a factor. That is a snails pace when compared to every other game in the genre, especially when fighting games live and die by their roster. The goal mark of roughly 50 characters that the developers claim to want wouldn’t be reached until sometime in 2020/2021, assuming they follow this pattern. By that point most of the current playerbase will be off playing the dozens of games that release in that time period, and the online will slowly die off because of it. You can’t sell season passes, ones priced at 35 USD no less, if no one is there to buy them, and one character isn’t enough to bring a game back from the brink of death. Just ask Capcom how that went with Marvel vs Capcom: Infinite, where a poor base roster contributed to its early demise and the season pass did not help stop that.

If Square is serious about recovering the sales of Dissidia NT, then they need to scrap this schedule, speed it up, and be more transparent about when updates like free stages are coming. Otherwise, as more games with better post-launch support release later this year, the community will move on, and in turn discourage others from picking up the game because of their dissatisfaction with it. Once that happens, the game will just be another failed attempt at bringing an arcade game to consoles, all because the needed support from the developers wasn’t there.