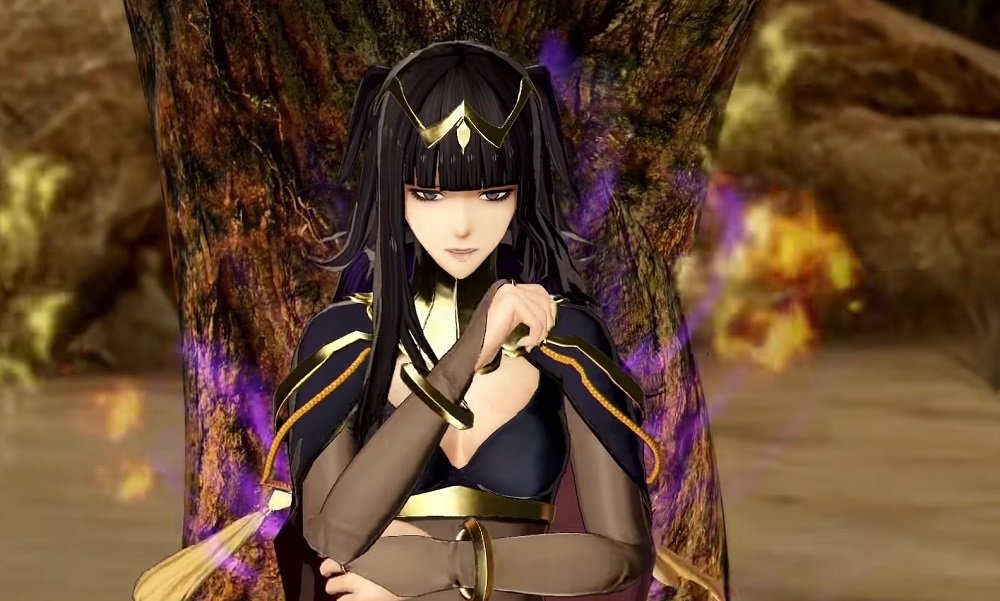 Alongside other Awakenings heroes

Leading the charge is fan-favourite Tharja, whose expertise in crowd-control spells can make short work of big battalions, with the sultry sorceress using her powers to damage opponents whilst ensuring they stay ranged.

Preferring his combat with a more hands-on approach, melodramatic fighter Owain can carve his way through any number of enemies with masterful use of his elemental swords. Owain can use fire, white light and black light to cut waves of enemies down to size, whether at a distance, or up close and personal.

Completing the party is talented dancer Olivia, your obligatory “I’m shy and I don’t want to hurt you” character. This personality trope doesn’t stop Olivia from laying waste to the enemy, combining balletic spins and twirls with the razor-edges of her twin blades. So at least you get to see some lovely moves before you lose your appendages.

Along with the characters, the new DLC features a plethora of extra features, including new maps, weapons, costumes and an “Armour Break” variant for several characters. Also going live is video capture support for the Switch edition. The game will also receive some balance tweaks and bug fixes.

DLC Pack #3 – Fire Emblem Awakenings will be made available for download today, priced around $9, or available as part of a $20 season pass. Fire Emblem Warriors is out now on Nintendo Switch and 3DS.