And that’s not a bad thing

As I write this, my save file for Ever Oasis is at the seven-hour mark. This is the point where the game is just starting to become fun. The story is progressing, the action is stepping up and I’m really getting into the flow of this unusual adventure.

Unfortunately, I can’t talk about any of this. Per my instructions, this preview can only cover the first five hours, most of which is not exactly what I’d call spellbinding. Ever Oasis has a slow beginning much like the Zelda titles developer Grezzo ported to the 3DS, drip-feeding me information on the many different facets of the game. But, just like with ZBBOTW – Zelda Before Breath of the Wild – once I get past the beginning it really starts to show its colors.

Ever Oasis takes place in the last oasis of a near endless desert. The previous one where my custom designed Tethu had to introduce himself to all of its residents (ugh) is no more. The mysterious force known as Chaos destroyed it, and my little Seedling is sent packing to a little watering hole where the assumed last water spirit Esna resides. Together, they decide to fight back against the Chaos by building a new oasis, preventing the desert from becoming a total uninhabitable hellhole.

With my oasis constructed, it’s now up to me to make it a desert paradise. That means bringing in those hopeless wanderers looking for a place to call home. It receives its first visitor right away who quickly becomes its first resident. When the game made its debut during E3 last year, I assumed the meat of the experience would be Zelda-esque dungeon crawling and combat. That is not the case. The goal of the game is to build my oasis up and to do this I need to bring in residents, have them open shops, stock those shops with materials and collect the dewadems visiting Noots and others spend to reinvest back into the community.

Getting people into my little Garden of Eden takes a little direct advertising. I head out into the barren wasteland and find potential residents, letting them know about my haven. They visit, give me a task to perform and soon decide they want to live there in a cheery, rainbow celebration. As my population grows, my oasis levels-up, expanding to allow more room for new shops. In addition to tending to the various stores, there is a garden I can grow plants in that can be given to the shops, traded in the markets, or used in weapons and armor crafting. 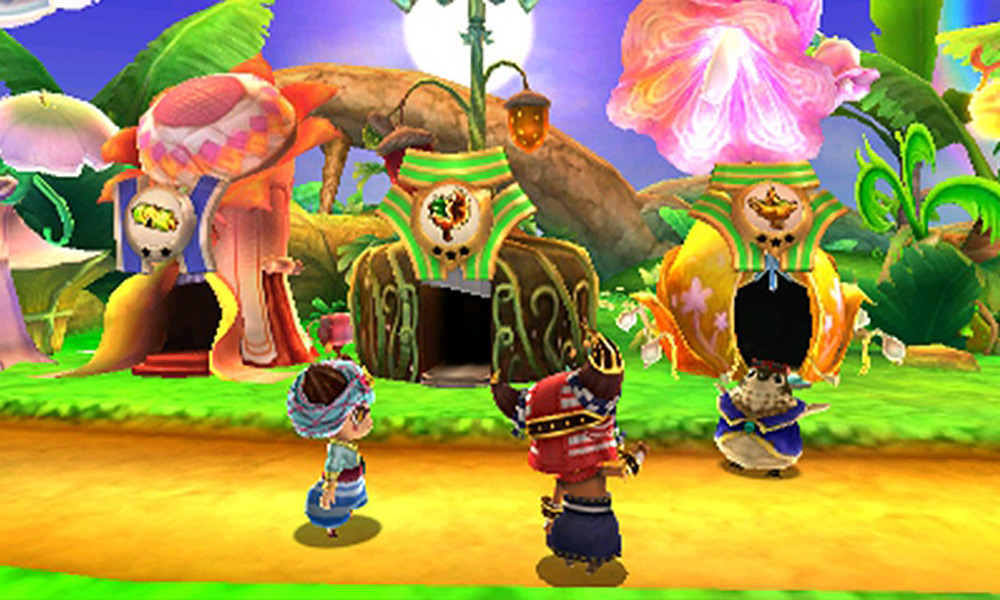 This is the gameplay loop for the first three to four hours and I honestly thought it was just a long, slow beginning to the real game. “This,” I thought, “would be like the goat herding and cat catching from Twilight Princess.” Imagine my surprise then when I realize this is what the game primarily is: a city builder. Not that there is anything wrong with being a city builder, it just wasn’t what I anticipated Ever Oasis would be.

Around the four hour mark is when the game starts to more resemble what was shown during its reveal last year. I finally have access to team building, just in time for me to set out and conquer my first dungeon. I can take two of my oasis residents with me, each with their own levels, weapons, and skills. The skills are important because I can’t get through this first dungeon unless I have the right companions in my squad. The caves I have come across are littered with locations where these skills, such as mining or digging, can be used to collect materials for my town. Skills are also used in puzzle solving, which is why the right crew is so important. Tethu has wind gusts as his ability and can use it to blow away large piles of sand as well as stun certain enemies, but he can’t roll into a ball or reach high places. For this first dungeon, I needed two friends who could do just that.

In combat, the game works about as well as I would anticipate. Companion AI is smart enough to attack on its own but not enough to quickly get out of the way of danger. With a tap of the D-Pad, I can switch between my three characters, something that is mandatory for using skills as my associates will not perform these tasks on their own. In battle, the ability to change characters comes in quite handy when defeating my first dungeon boss. Actually controlling these characters is second nature as it is just the Zelda control scheme. ‘L’ locks on to opponents, ‘A’ and ‘Y’ perform weak and strong attacks respectively, and ‘B’ rolls out of the way. 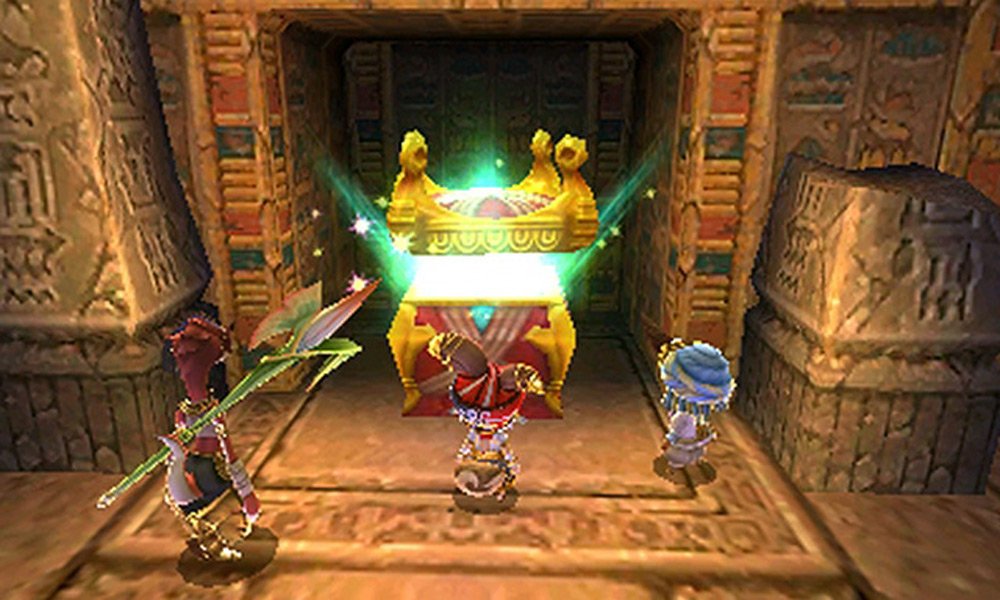 So far the ZBBOTW influence can be felt through most of this game, including its faux-open world, telegraphed enemy attacks and the puzzles I solve to advance through the dungeons. Nothing is too complicated and if I leave the oasis with the wrong crew, there are many warp points that take me back to home so I can switch them out. As of right now, the only annoyances I’ve come across are switching out equipment is limited to just a few places in the oasis and I can only save at specific save points.

With this first dungeon out of the way, I’m now starting to see the potential this game has. It was too much simple fetch quests before as it sought to establish the gameplay loop, but at this point, it appears ready to wow me, something the visuals and soundtrack have already done. At the two hour mark, I wasn’t into the game. At the five hour mark, it started to turn around. Now that I am seven hours in I totally get it, and I’m now greatly looking forward to what Ever Oasis has in store.

If you want to try Ever Oasis for yourself, the demo is available right now.