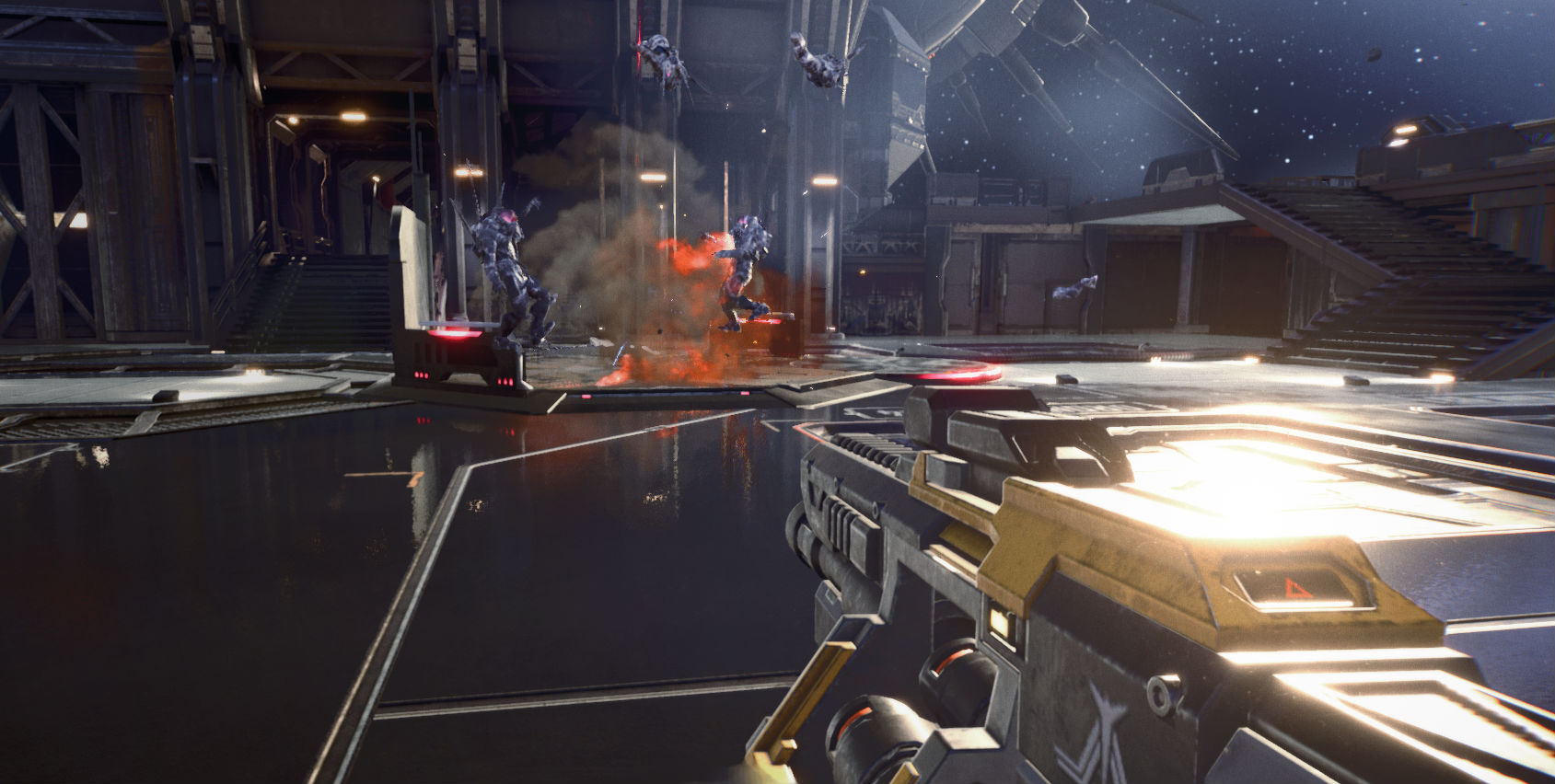 Starting with an alpha

In May of 2013, EVE Online developer CCP launched Dust 514 exclusively on PS3, only to shut it down three years later. It was an incredibly ambitious project for the MMO-centric company, and after following it up by diving into the vehicular combat and sports genres, they’re ready to take another crack at shooters. We’ve known about Project Nova for a while, but today at EVE Vegas the developer is getting it all out in the open.

Starting next month CCP will conduct alpha testing for Project Nova (which is still a working title), as part of a joint effort between the Icelandic studio and the Sheffield-based Sumo Digital. Taking place in the same world as EVE Online, you’ll take control of a Warclone (an elite soldier) on behalf of AEGIS against the faction Sansha’s Nation.

Nova boasts a “multiple act narrative” on top of character progression like additional weapons and mods amid three class types (light, medium, heavy). PVE and PVP modes are planned (as well as squads of two, three, or four, a popular battle royale scheme). In case you’re wondering “there are no plans” for a battle royale mode at the moment: I asked.

As for the bigger picture details, CCP isn’t ready to talk about those just yet. No pricing model has been announced and the game is said to “co-evolve” with the community as time goes on, which includes a “Conclave” initiative of closed NDA testers working closely with the team. The studio says that this is the perfect entry point for people who find EVE Online “too unforgiving,” but want to take part of the universe in some form. Both games are indeed the same world (it’s said to pick up “several years” after Dust 514) but aren’t being completely linked mechanically: at least not at first.

All Eve Vegas attendees will be given alpha access automatically, but the rest of you can sign up for a chance to get in. If you’re so inclined you can register here.