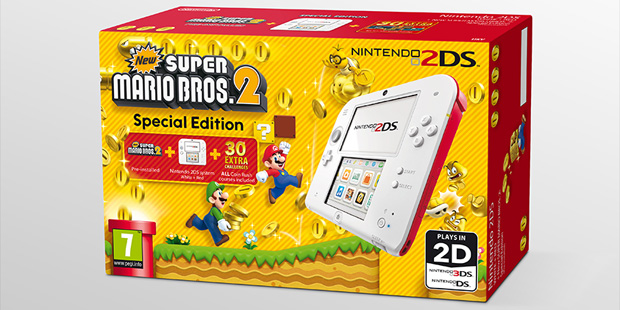 Nintendo has announced yet another 2DS bundle. This one is white and red, and includes New Super Mario Bros. 2 pre-installed on a 4GB memory card plus all of the Coin Rush DLC — that’s 30 more levels, some of which are going to seriously test your skills (and patience).

As much as I found the game’s coin-collecting premise to be lacking before playing it, you know what, it ended up winning me over. Guess I’m sucker for collectibles.

The bundle will be available in Europe on Friday, July 4.