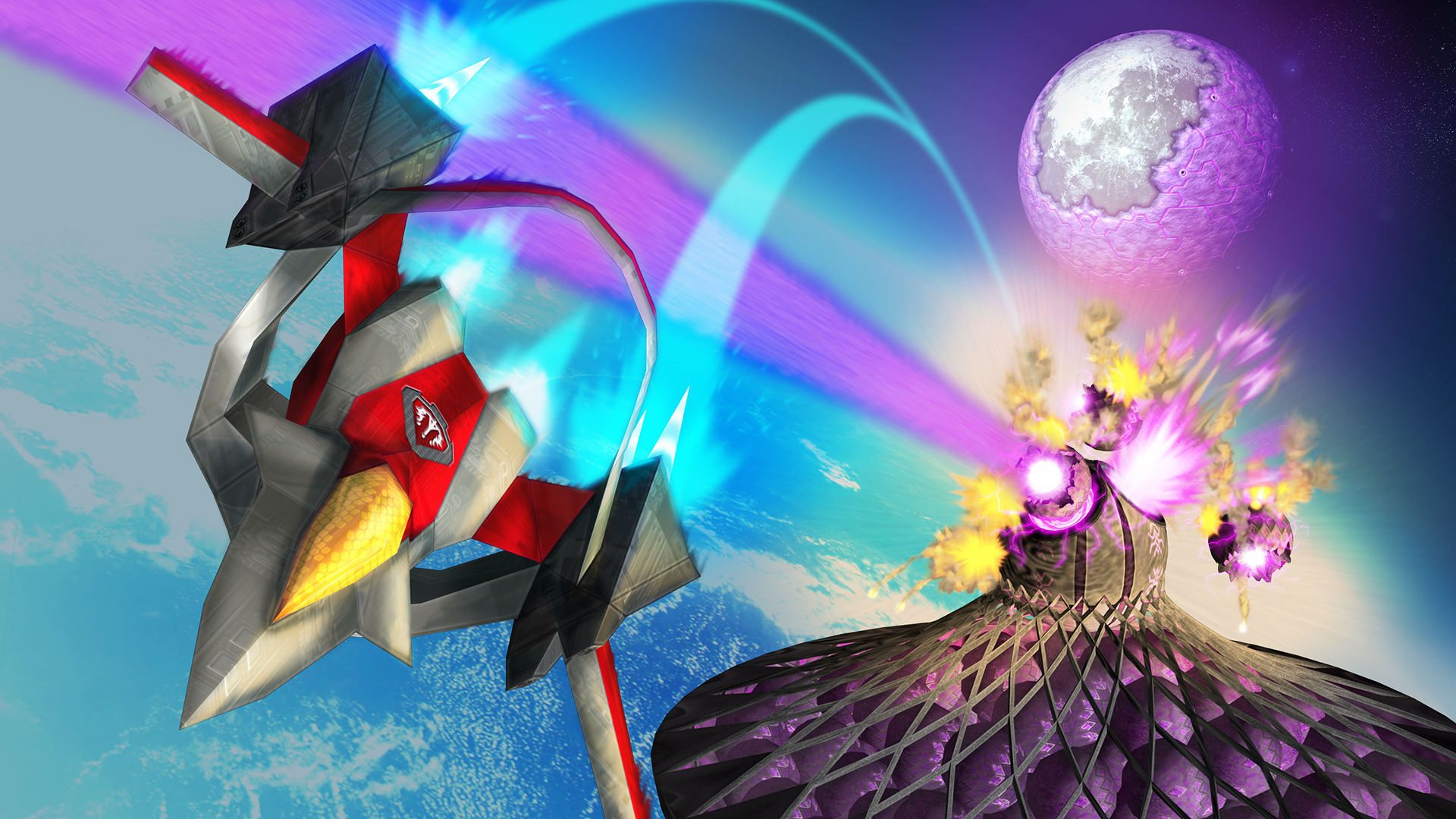 Today is a day, and that means that it’s time for another old-school shmup to announce a comeback. In this case, it is Qute Corporation’s Eschatos, which will be activating trigger fingers on PS4 and Nintendo Switch in the near future.

Originally released on Xbox 360 in 2011, Eschatos is a typically fast ‘n’ frantic vertically scrolling shmup, that sees Earth send its hottest intergalactic fighter into battle in order to destroy “Purple Erosion,” a mysterious alien matter that is currently consuming The Moon. Like many modern shmups, Eschatos features flashy visuals and intense bullet-hell action, all backed with a pleasingly retro score. With a bevy of power-ups and weapons on offer, players can battle it out with the alien menace in standard arcade action, or test their speed and efficiency via a pulse-pounding Time Attack mode.

Much like its original Xbox 360 release, the new edition of Eschatos will come bundled with two further Qute Corporation shmups: Cardinal Sins and Judgement Silversword — both of which launched on Bandai’s WonderSwan back in the early ’00s.

Eschatos will launch in Japan on Nintendo Switch November 18, with the PS4 release to follow at a later date. Both ports have confirmed western localizations in the pipeline. Eschatos is already available on PC via Steam.