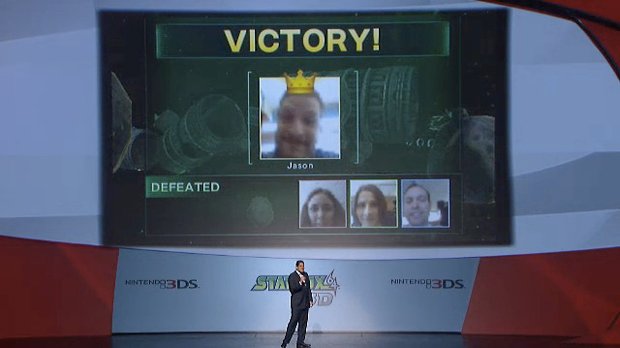 The game will have optional gyroscopic controls, but more cool is the addition of the camera during multiplayer battles. The game will record all your facial reactions and utilize them in floating stars, when you get kills, and at the end of the game. It’s a pretty nice feature, similar to snapshots in games like Burnout Paradise.

Star Fox 64 was always the best entry in the series, so I’m up for checking it out again in 3D. What do you think of the upgrades?