I am a giant Nintendo fan — maybe the biggest on the site! So it goes without saying I was excited for the Nintendo press conference this morning.

Now that it is over, what did I think? Was it everything I could have hoped for? Or did I leave disappointed.

I know you have a lot to read about today, so I will make this quick. 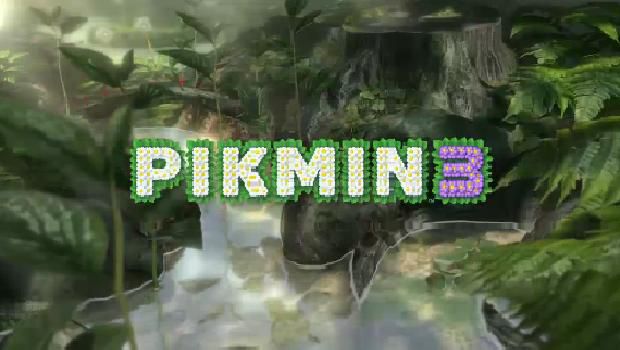 Nintendo had an amazing start. One of the best ever! When the Pikmin scurried on-screen I almost lost my mind. I have been waiting and craving Pikmin 3 (one of my favorite series) for, literally, years, and I couldn’t have been happier with the official reveal.

And to make everything better, the game looked fantastic. The HD graphics were stunning and, um, ROCK PIKMIN?! Awesome.

But after this things slowed down a bit. There were some cool highlights (LEGO City!), but nothing my little Nintendo-loving heart went crazy over. (Although I did squeal a little when they showed Paper Mario: Sticker Star. That game looks fantastic.)

By the end, I was hoping for another major franchise announcement. Or, even better, a new IP! Seriously, Nintendo, where are your new IPs?!

I had another burst of excitement from Nintendo Land, as I actually love minigames and playing some in HD with Nintendo characters seems like fun. It may not be for everyone, but my friends and I will have a lot of fun with it. So that makes me happy.

My opinion on why Nintendo held back a little: I am not worried that they are abandoning hardcore gamers and have lost their way. I don’t think that is true at all. Next E3 will be scary for Nintendo. With two supposed new console announcements from Microsoft and Sony, they will have to kick ass next year or be left behind.

I am guessing some major game announcements will happen then. A new Zelda. A new Metroid. Hopefully some new IPs.

For now, we will have to embrace Pikmin 3, New Super Mario Bros. Wii U, and Nintendo Land.

And, honestly, I am okay with that.