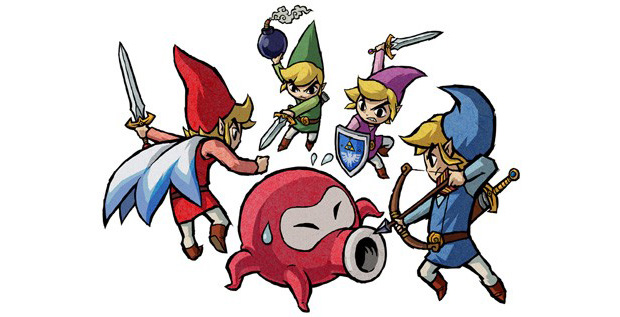 We just had it confirmed that the upcoming DSiWare, 3DS-compatible version of The Legend of Zelda: Four Swords is a port of the GBA game; the one that was included on the GBA port of A Link to the Past.

There is no word of the game having online components at this point, and I wouldn’t count on it, either. This is a free game we’re talking about here. Nintendo isn’t making a profit, so we can’t really expect them to spend a lot of money on enhancing this already fantastic local multiplayer experience.

I am hoping they throw in some scratch to include some sort of 3DS functionality though, like they did with Excitebike on the 3DS eShop. There is something about 2D sprites on the 3D display that I can’t get enough of.