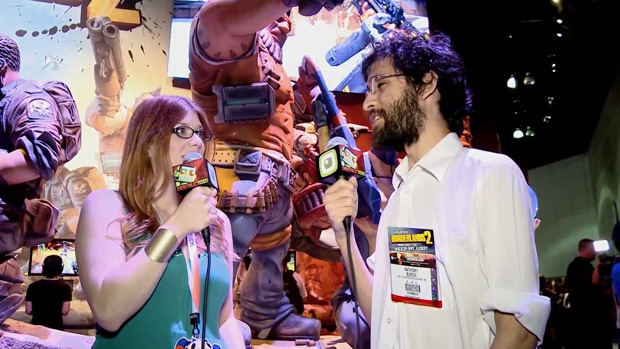 Gearbox Software’s Borderlands 2 will be a much more story-driven experience than its predecessor, and that’s largely thanks to its principal writer, former Destructoid features editor Anthony Burch. In an interview with The Destructoid Show‘s Tara Long from the E3 show floor, Burch explains that he did about 95 percent of the writing for the sequel, and that its main antagonist, Handsome Jack, is basically Burch in videogame form… except that he’s, well, handsome. Or something like that.