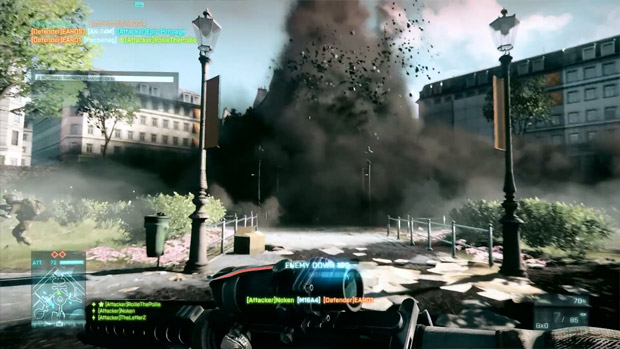 Jim Sterling thought I had seen a ghost or something when I ran into him on my way back to the press room at E3. What actually left the look of shock on my face was that I just got hands-on with Battlefield 3’s multiplayer. I only got about fifteen minutes of action, but it was enough to blow my mind.

You guys. Battlefield 3 is f*cking amazing! 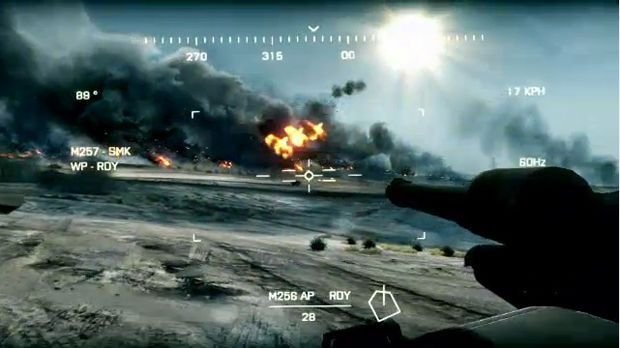 DICE threw us on a slowly expanding map set in downtown Paris in Rush mode. I was on the attackers side and my team had to arm and destroy two key points in each section of the level, the first of which was in a park. All of the outside portions where surrounded by buildings and showed off the dense urban environments DICE is pushing hard. The Frostbite 2 engine is a powerful beast and I don’t expect we’ll be seeing the many open and blank environments we’re used to in past Battlefield games.

While I didn’t witness this in my playthrough, facade destruction will be a big part of the urban combat. Players can hide on different floors of a building utilizing the many cover opportunities. The cover can be destroyed to expose enemies though and the falling pieces of the building can even kill anyone unlucky enough to be on the streets below. 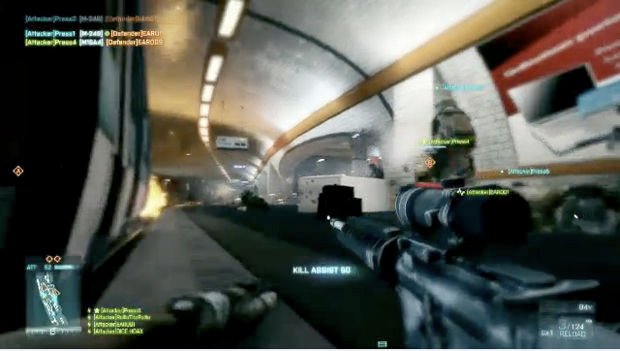 The lighting system has been improved immensely as well and I got a good example of it in the second portion of the level in the subway system. The lights in the subway tunnel can be shot up so you’re completely in the dark and hard to spot. Alternatively, I got to see how the Engineer class utilizes the light attached on his gun to blind other players by shining it right into their eyes.

Speaking of classes, each one has gone through a change, some of which was based on feedback right from the community. The biggest change is the fusion between the medic and assault roles. The Combat Medic has the same assault traits, but can now pack medic features such as first aid kits and shock paddles to revive downed players.

The biggest, and coolest change, in my opinion, is with the Support class. You can now deploy a bipod on the heavy machine gun on various surface for increased stability. Alternatively, players can go prone for better accuracy with any weapon. That’s not that cool part. The cool part is that players will now get points for laying down suppressing fire. Shooting at the general direction of an enemy is always key, but now you’ll get rewarded with points for it. Plus affected players by the suppressing fire will see their screen dim and shake.

Dog tags are getting a little revamp as well and will be customizable with sayings and different designs. The tags appear on a players screen after you killed them to add insult to injury.

I played through as the Combat Medic, Support and Engineer class and each one was just awesome. I sadly didn’t have time to get into it as the Sniper, probably for the best as I abuse that class anyway. I need to play a lot more than just one simple round to get a real feel for Battlefield 3, but the the shock and awe I experienced was just enough to hold me over until the October release.

That reminds me, I should start looking into upgrading my computer. No way am I playing Battlefield 3 on a console.