It’s Summer time! If you are like me, you enjoy taking some time in the summer to relax and enjoy some videogames.What better way to enjoy said games and gaming culture than with your fellow Dtoid community members? The Destructoid city group leaders from around the world have worked tirelessly to plan some events near you where everyone can meet up and have a great time!

Follow on after the break to see what NARPs are happening in Australia, Los Angeles, New York, San Francisco, Toronto, London, Belgium, Texas, and the Northwest!

WOAH! Those are a lot of dates up there! DtoidAustralia has many events planned this month, all the way from the gaming related trivia nights at the Mana Bar, to the NVGR but equally awesome Miss Burlesque International Brisbane Heats. On top of that, there are plans to be uber nerdy and attend the 2010 Abbey Medieval Tournament as well have a movie night late in the month.

The group is organizing a trip to Medieval Times (be sure to RSVP in the group!) and Dtoid Los Angeles is welcoming Coonskin during his 48 states in 50 days trip! And sadly, Dexter and Lib are moving away from LA, but you know they can’t leave without a bang!

The SF symphony, in a repeat of last year, will be performing Final Fantasy music (Nobuo Uematsu will be there!) Group tickets have been bought, but you can still go hang out with the crew. Also, the next day there will be a trip to Sunnyvale Golfland followed by a party at Slapyourmammy’s place in San Jose!

Who: Dtoid Toronto – Chooly
What: Game On! event
When: July 30

The Groove Bar will be hosting a Game On! event sponsored by the dorkARMY. A gaming event at a bar with full kitchen service? Sounds like win!

Be sure to follow DtoidToronto on Twitter and stay tuned to the C Blog for a new unveiling of the Google group. 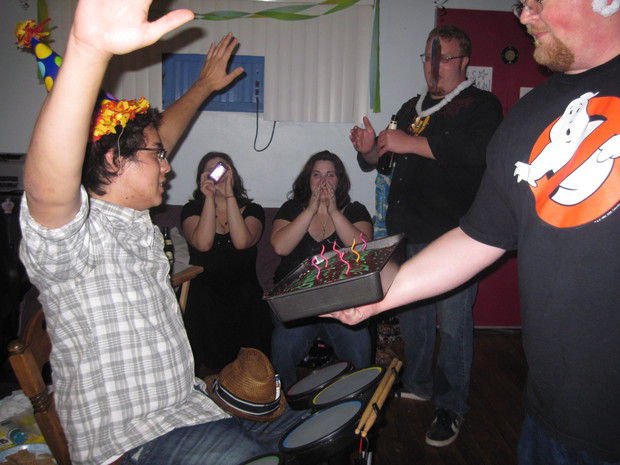 The grand EuroNARP3 is only a month away! Therefore, mistic is taking the time to get things ready for a weekend of fun! Stay tuned for information about that later this month and until then, join the Google Group!

Dtoid New York is back in action throwing a Jersey house party at the end of the month! For more information about it, check out their e-mailer and Facebook group! If you have a Twitter account, make sure to follow them as well!

Who: Dtoid Austin – Sean Carey
What: Something cool
When: August

Dtoid Austin is gearing up for some epic events being planned for the month of August, so stay tuned to the C Blog page for details coming soon! Sean Carey will have an announcement about the group in due time.

Dtoid Midwest is in the planning stages for a Cedar point trip on the weekend of August 15th-17th! For information about this so you can start your planning now, check out their C Blog and Forum thread.

And make sure to join the Google Group and Facebook group!

Dtoid Orlando wants to let you know that there is something being planned for next month, so go enjoy the sun until then and check out the Google Group when you have the chance!

There is a restructuring in the works for Dtoid Seattle-Vancouver and Dtoid Portland to combine and create a epic new NARP group, Dtoid Northwest! You can already check out the Google group here.

While things are getting organized on that front, rest assured that there will be things in mind if you live in the Northwest area soon, especially since PAX IS IN LESS THAN TWO MONTHS!

That’s all for this month! See you again in August for another update!

Full list of Dtoid City Groups. Join one today or start your own by getting in touch with me!

[Special thanks to Tactix for organizing the July update.]