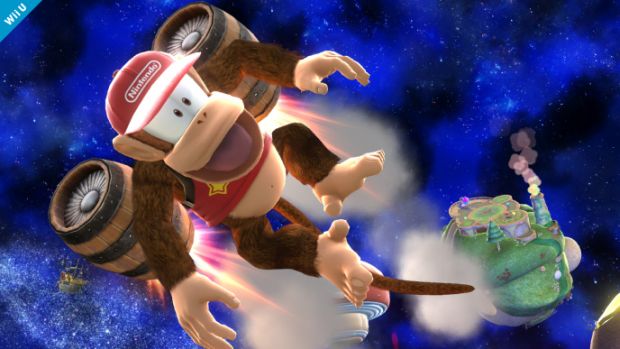 Look at his crazy monkey face

Last week it was Little Mac, this week it’s Diddy Kong joining the roster in Super Smash Bros. for the Wii U and 3DS. He was in the Wii version, and it looks like he’ll be bringing his barrel jetpack and peanut blaster again.

It’s almost like Nintendo planned this reveal right against the release of Donkey Kong Country: Tropical Freeze. Oh, and this means there’s only three slots left on the roster. Who else do you think will be added to the fight club?