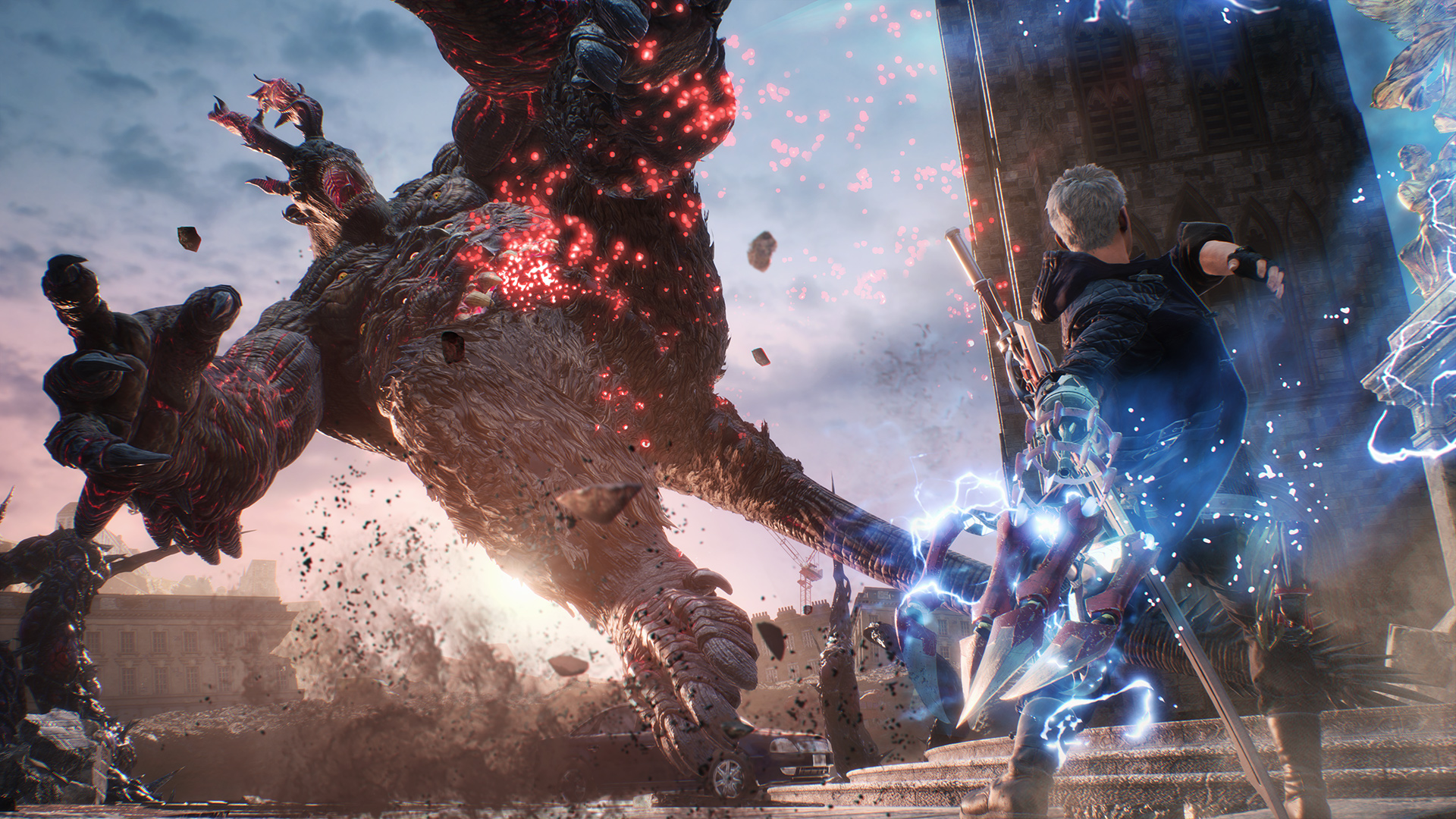 Please don’t have as much backtracking as DMC4

The time for Devil May Cry 5 is nearly upon us. It sounds great on paper, the demo was ace, now we just wait until March 8.

But until then, director Hideaki Itsuno is clearly excited about the game, so we’re getting more and more information fed to us well ahead of its release. Speaking at a South Korean media showcase event, the Itsuno explains that the game runs on a modified version of the RE Engine (created for Resident Evil 7) with “upgraded processing speed and performance.” As for the visual style, Itsuno says that Capcom was “aiming for something Hollywood movie-esque, like The Avengers,” which really explains a lot. It takes place after Devil May Cry 2 and we’ll see why in-game.

He also clarifies that the development team took “15 to 16 hours” to beat the game, which puts it squarely at the top as the longest Devil May Cry entry in history, given that most of them average around 10 hours. That number will likely be extended considerably with extra content, which may even come in the form of extra DLC characters (something they did a few years back with Devil May Cry 4: Special Edition).

It all sounds good! I just hope that the length has a purpose, perhaps peppered with kickass cutscenes. The flip side of the coin is innumerable amounts of backtracking, which hurt the otherwise strong Devil May Cry 4.

Devil May Cry 5 [Ruliweb via Gematsu]