In case you haven’t played it yet, God of War is a triumph from start to finish. Although it was both maligned and celebrated as “Dad of War” before release, Sony showed us that the “old man action hero” still had relevance in the modern era.

I was not sold on God of War one bit. The whole “emotional companion” angle had not only been done before, but it ran the risk of feeling too gamey or manipulative. Instead, director Cory Barlog and his team found a way to naturally incorporate Kratos’ son Atreus into the mix and allow Kratos room to breathe as a character in the process.

God of War also has a tremendous sense of restraint. While it nearly runs the risk of becoming a bloated open world jaunt, the team broke up each zone into its own memorable biomes, deeply rooted in Norse mythology and packed with just enough secrets to keep us coming back.

There’s something to be said when you stop dead in your tracks just to listen to the game’s lore master Mímir (who happens to be strapped to your belt as a living head). While action is the driving force behind Kratos and Atreus’ journey, Midgard really deserves the “best character of 2018” award.

This is something I’m going to be going back to time and time again and showing my kid when she comes of age. Kratos, like Atlas, is weighed down by many Game of the Year awards acquired over the last 13 years, and now he can add another one as part of his burden. 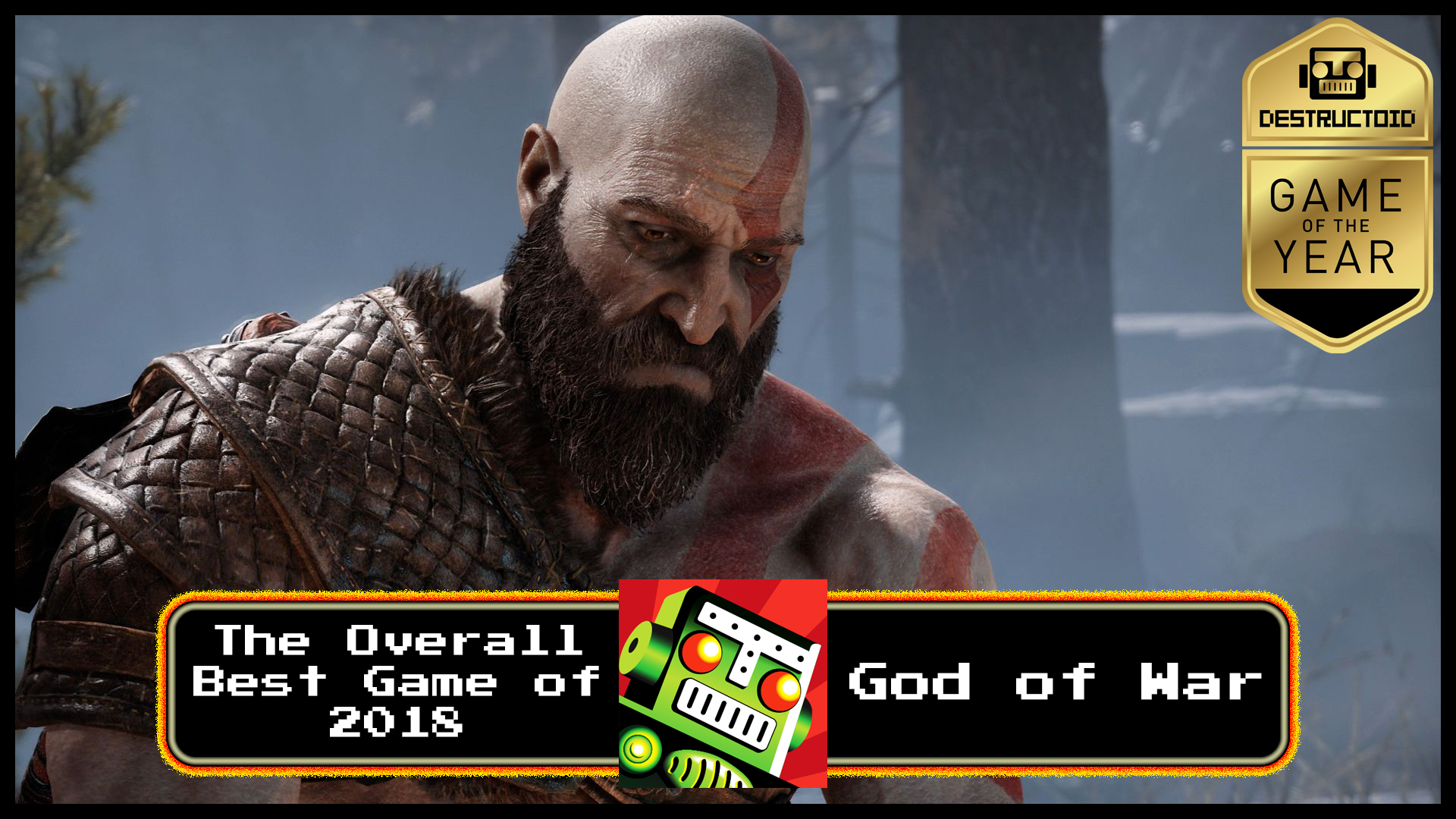