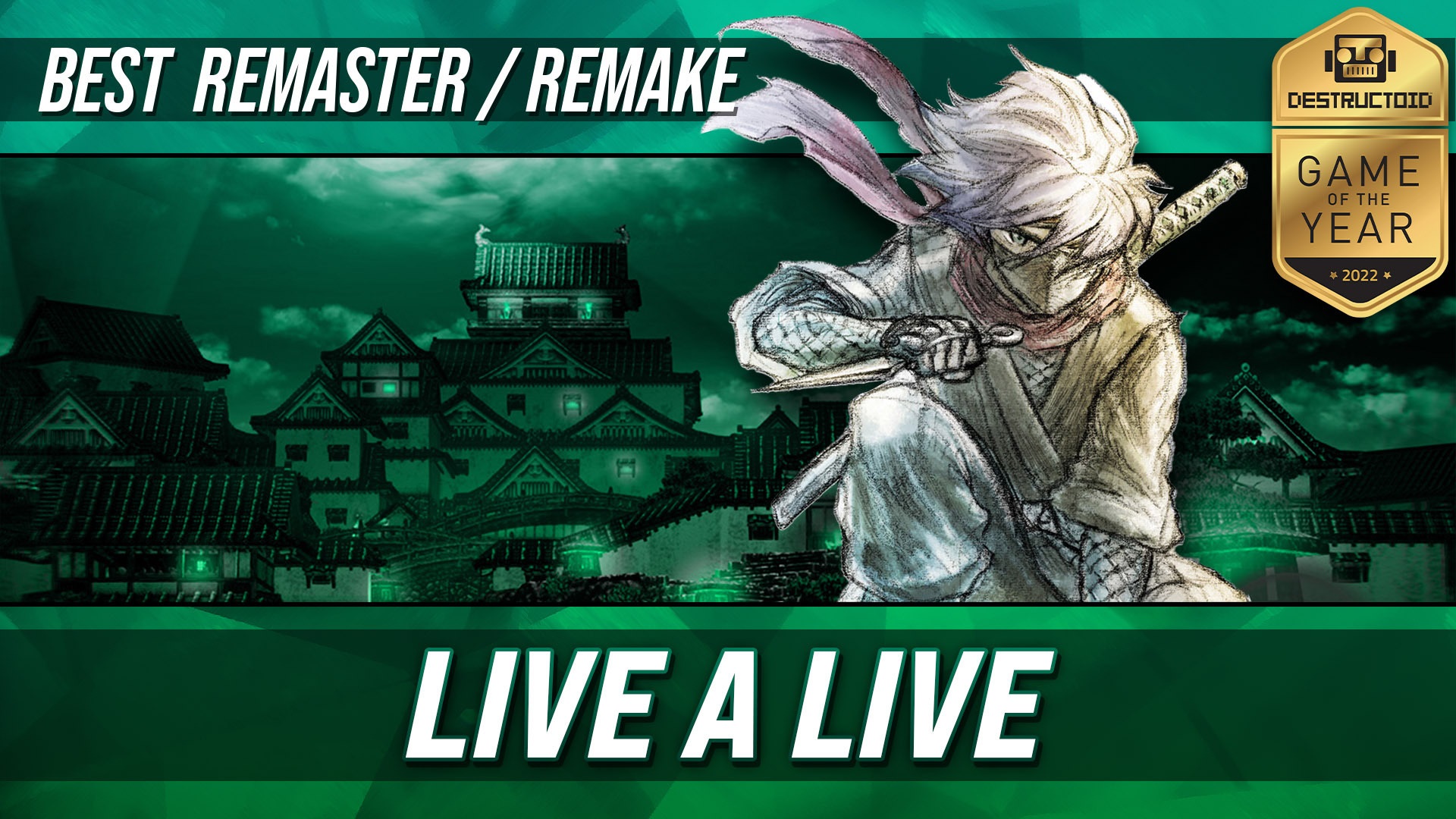 When I first covered the rumor that Square Enix was reaching well into its own past to dig up long-lost Super Famicom release Live A Live, I will admit that, despite being pleased with the preservation element, I didn’t really think that the endeavor would amount to much. After all, various ’90s classics have been resurrected time and again, only to fall short of their former glories or, in the worst cases, miss the point entirely.

But Live A Live was something different. Live A Live, launched in 1994 at the tail-end of the 16-bit reign, was both ambitious and way ahead of its time. The unknown release featured a slew of characters and worlds, multiple backstories, and a fascinating chrono-conundrum set against the backdrop of eight different time periods — from prehistory and Imperial China, to the American Midwest and the far-flung future.

To build this complex story — complete with wildly different stylistic settings — for the humble Super Famicom was an incredible feat, and conceptually beyond anything available on the console at the time. A feat readily achieved by director Takashi Tokito (Parasite Eve, Chrono Trigger), designer Nobuyuki Inoue (Sword of Mana, Mother 3), composer Yoko Shimomura (Kingdom Hearts), and the rest of Square’s talented RPG sector known as Development Division 5.

And yet, despite the high praise received for the title at launch, Live A Live would never officially see the light of day outside of its native Japan. Launched just too late for the suits, already eyeing up the fledgling 32-bit market, Live A Live would not be localized for western audiences, spoken of only via word of mouth, gaming magazines, and newsletters… And now, it is readily available for Nintendo Switch.

Developed by Square’s Team Asano, and overseen by Tokita himself, the Live a Live remake wisely avoids tampering with the original title too much, merely cleaning up the visuals, accurately translating the dialogue, and offering small tweaks to elements of its gameplay, control, and U.I to better present the title on modern technology to modern audiences. The delightful characters and worlds were redrawn by Naoki Ikushima, while Shimomura, having lost the master tapes, recomposed the entire soundtrack by ear — a task she admitted held momentous weight, given fans’ love of the game’s score.

Finally released in the summer of this year, the Live A Live remake retains all of its power to capture and charm an audience’s imagination. Importantly, it finally cements over a large pothole in the history of developer Square Enix, and sees one of the most pioneering and ambitious RPG releases ever developed to players young and old, many of whom now have the opportunity to experience this fine adventure for the very first time.

It may have taken almost three decades, but Live A Live can finally bask in its long-deserved spotlight.