It’s been tough as a Silent Hill fan, watching Konami poison what once was the reigning champion of the survival horror genre. Even if you enjoy some of the sequels and spin-offs that have been produced over the years, there’s no denying that the credibility and prestige of the series is all but dried up.

We still have Silent Hill 2 and Silent Hill 3, though. Two of the greatest videogames ever made, and the finest pair of horror classics you could hope to play. There’s absolutely no way Konami could mess up the simple task of compiling these two fine titles into an HD collection, right?

That’s what I used to think, anyway. 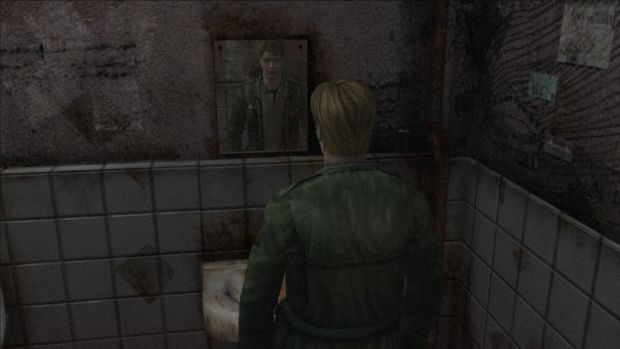 First of all, Konami must be brought to task for naming this “Silent Hill HD Collection,” as it implies a reflective body of work representing the series’ past. As seems to be common with these reissues, the original game that started it all is nowhere to be found. Given its availability as a standalone PSN download, it’s almost understandable that it would be left off the disc, but what cannot be overlooked is the complete lack of Silent Hill 4: The Room.

Even if this disc was supposed to reflect just the PlayStation 2 games, the “collection” is incomplete without the fourth entry. It doesn’t matter if you liked that game or not — Konami made Team Silent rope it into the Silent Hill universe, and it seems ironic that the publisher would deny its existence now. Not to mention, the title has its fans and, for all its flaws, deserves a place on the disc.

Still, one can almost see why it was left off. After all, Hijinx Studios wasn’t competent enough to correctly port two games, let alone possess the capability to handle three.

Frankly, a disgustingly terrible job has been done with this package. Silent Hill 2 is especially bad, as the visual “upgrade” actually looks worse than its PlayStation 2 counterpart. The game’s contrast has been altered to make everything unnecessarily darker, while its claustrophobic fog effects have been removed almost entirely. Not only does this diminish the atmosphere, it exposes a number of graphical errors that the effect existed to hide.

It’s common knowledge that the fog of the first Silent Hill was an ingenious response to the technical limitations of the era. Team Silent couldn’t render a huge town in an expansive world, so it enshrouded everything in an obscuring haze to cover up what couldn’t be rendered. Though not so necessary on the PS2, it did mean the developers wouldn’t have to create environments with significant draw distances. Without that fog, one can see where parts of the game world have not been finished and were left to end in nothingness. This is especially notable during moments near Toluca Lake, where the water can be seen abruptly ending, as if it flowed off the edge of the world. The boat sequence toward the end of the game looks absolutely horrific, not just for the previously stated reason but also for the lack of water texture as well as the guiding light in the distance that now looks like a star drawn in a child’s cartoon.

Silent Hill 3 looks far better, to be fair. The sequel was already less reliant on fog and significantly better looking than its predecessor, so this appears to have been an easier port job. The game’s deeper color scheme, with its focus on black and red, looks especially good in HD, and I’m glad that at least one game on the disc isn’t visually inferior to its decade-old counterpart, though problems have been noted with lacking shadows. I can’t personally say I found the game quite so bad to look at.

Nevertheless, sound issues permeate both games. In Silent Hill 2, the audio randomly skips in outdoors environments, and both games struggle to keep the sound consistent whenever a character uses a bladed weapon — the Great Knife in Silent Hill 2 and the katana in Silent Hill 3. While the Great Knife is only useful for one boss fight, the katana is an all-but-essential part of Silent Hill 3‘s melee arsenal, and to have audio cutting out almost every time it hits something is unbelievable. In both games, there’s a bizarre crackling that randomly occurs on the save screen, sound loops during sections where it shouldn’t be (ruining one of my favorite jump scares in Silent Hill 2), and unlocking achievements has the nasty side effect of crippling the frame rate of cutscenes to the point where I’ve had to skip them. 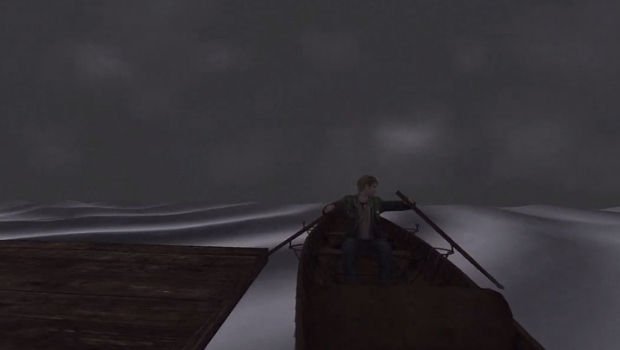 Underneath the pathetic mess, these two games are still the shining examples of survival horror they always were. Silent Hill 2 remains my favorite game of all time, with its disturbed characters, gripping story, psychological symbolism and legitimately distressing environments. Silent Hill 3 is still an intense, stressful, ghost train of mind screws. While Silent Hill 2 is my favorite, Silent Hill 3 is the better videogame, and some of its grisly “Otherworld” environments remain the scariest, most downright sickening digital locations I’ve had the sweet misfortune of visiting.

Naturally, both titles have aged. The loose combat system and sometimes excruciatingly slow place are things modern videogames would struggle to get away with. The controls are as dodgy as ever, even when switching over to the criminally underutilized “2D controls” that simulate modern analog movement, and the menu system is needlessly fiddly. Nevertheless, I can still play and adore these games today and remain thoroughly absorbed in a pair of gorgeously grotesque titles, the likes of which have not been seen before or since.

In a seeming bid to sidestep awkward situations with previous voice actors, both games feature new voices. Silent Hill 2 has an option to switch to the old ones — included as a result of fan outpouring — and the traditionalist in me prefers them. I feel the new actors significantly alter the tone of each conversation and have a tendency to overact and draw out their lines. Eddie’s new voice, especially, has lost its sense of growing agitation and instead settles on an annoyingly breathy beach bum impersonation. 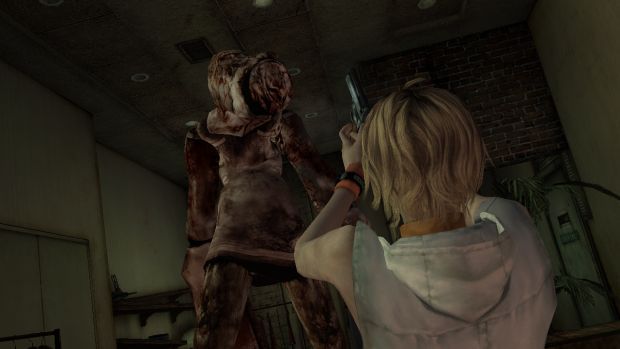 Silent Hill 3 has no option to use original voices, which is a mixed bag. The supporting cast has all been given significantly better actors this time around, with Douglas’ no longer sounding like Louis Armstrong, Claudia’s losing her shrill whine, and Vincent’s having some actual strength in his voice. Main protagonist Heather, however, has lost a lot of the natural energy and personality that made her such a fan favorite character. In the original game, Heather actually sounded like a teenage girl in a nightmarish situation. The new voice sounds more like someone trying really hard to do an impression of a teenage girl, and the insincerity is clear as day. It’s not terrible acting, exactly, but it takes away a huge amount of Heather’s authentic personality, which in turn undoes a lot of the story’s emotional impact.

One horrible side effect of the added audio is that the new actors struggle to match the lip movements of the characters, and as such, vocals sometimes end up horribly out of sync with the visuals. There are also times when some words have been altered or skipped entirely, the importance of which will depend on how much of a purist you are. Specifically, two lines have been rewritten while other words have been left out of certain sentences. Because nobody bothered to alter the subtitles, all the changes are as clear as day.

With Silent Hill HD Collection, I was hoping to spend my review waxing nostalgic about two of my favorite games of all time. I would have loved to talk about how James Sunderland is such a breathtaking protagonist. I would have loved to mention the perverse body horror that snakes its way throughout Silent Hill 3‘s eldritch world. So much about these games holds up today, and even playing them on this collection, so much genuine brilliance to shine through to remind the world how horror games used to look in their glory days. 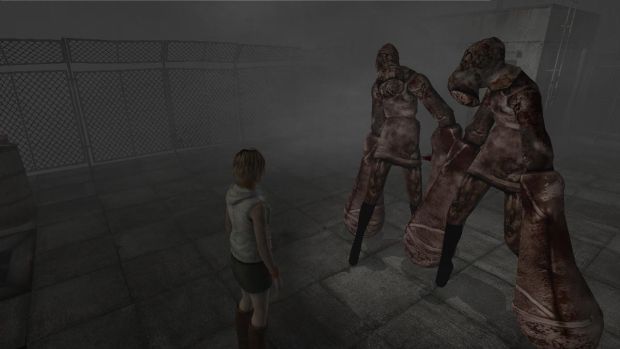 Instead, I’ve had to spend the review talking about what a dreadfully sloppy job has been done with the porting. No matter how engaging these games still are to play, there’s no escaping the fact that the games on this disc are significantly inferior versions, and for Konami to fail at publishing enhanced versions of such old games is a total embarrassment. While newcomers won’t notice the missing visual elements, such broken audio is tough for anybody to forgive, while old school fans will be left feeling insulted by what a significant downgrade the “HD” version of Silent Hill 2 is.

Konami has long had a habit of mishandling its properties, buts the inability to treat even these classics on the Silent Hill HD Collection with a modicum of respect is staggering. The disc feels like a rushed and sloppy cash-in, squirted out to exploit fans who have stuck with the series through years of drivel. It does a disservice to two amazing pieces of interactive art and spits on the legacy of what once was the crown jewel of an entire genre.