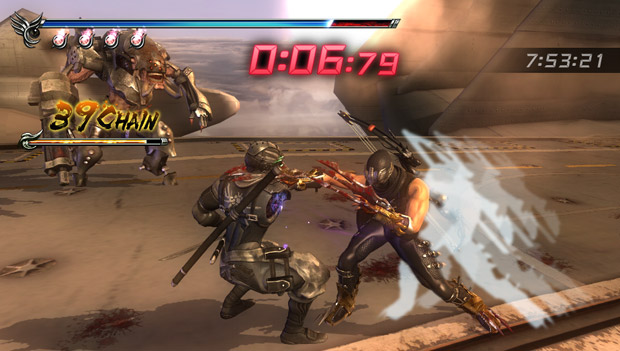 And some Ninja Gaiden Sigma 2 screenshots

While the initial announcement made the rounds a few days ago, Tecmo Koei has given more details on Dead or Alive 5 Plus for PlayStation Vita. Scheduled to launch in March 2013, this version will naturally offer touch-based moves, in addition to new training modes and “a new display of advanced frame data that reveals twice the amount of information for each move compared to previous versions.”

The company also sent out some screenshots of another Team Ninja-developed Vita title, Ninja Gaiden Sigma 2 Plus, which is due out in February of next year. I’m now having flashbacks of my time spent with the original release of NG2. I’d be afraid to play this out of fear that I’d break my Vita in some act of frustration.