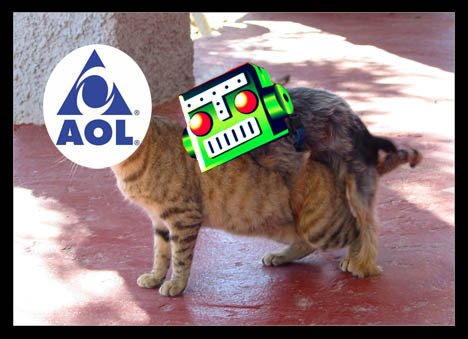 I’ve professed my adoration and respect for David Jaffe many, many times. He’s honest, outspoken, and usually dead on when it comes to his opinions on the gaming industry — something he and Destructoid share in common. Such is the case with his latest rant that hits really close to home for a few of us that have been burned by the dickery caused by AOL Joystiq. Excuse me Trey Parker and Matt Stone, but you guys said this best:

See, there’s three kinds of people: dicks, pussies, and assholes. Pussies (other video game sites) think everyone can get along, and dicks (Dtoid and Jaffe) just want to fuck all the time without thinking it through. But then you got your assholes (AOL Joystiq), Chuck. And all the assholes want us to shit all over everything! So, pussies may get mad at dicks once in a while, because pussies get fucked by dicks. But dicks also fuck assholes, Chuck. And if they didn’t fuck the assholes, you know what you’d get? You’d get your dick and your pussy all covered in shit!

Now that I have you in the right frame of mind, take a look at Jaffe’s wrath that was unleashed on the worst gaming site on the Internet in response to an unfair and unintelligent post by AOL Joystiq:

Fuck you, guys. Go fuck yourselves. What other developer makes a fucking change to a game when a review (IGN’s in this case) has a good, valid point and is willing to open the fucking code up at the risk of more bugs to make the game better? Amazing.But hey, you guys are great, you guys rock. I hope Kotaku fucking puts your ass out of business, wanna be fucktards. And if you were actual journalists you would have read the motherfucking quote I posted on NEOGAF where I said because of the two bugs we needed to fix (not because I was afraid of the bargin bin) we had a window of opp. to fix the magnet problem. Assholes…total fucking assholes.

Read the entire rant after the jump.

When reached for comment, Ron Workman had this to say:

“I don’t see what the big deal is. I’ve been calling Joystink fucktards for a solid year. It seems to be common knowledge in the industry.”

We could be very wrong, of course, but we’re pretty sure the “unnamed” website that drove you to swear off blogging was (the potentially French) Joystiq, and we think we know why.

First, a discussion on the simile which we presume set you off: “Like a little girl struggling to keep her favorite doll out of the garage sale bin …” Obviously, neither you nor we have ever been a little girl, but we imagine that it’s pretty tough to part with something so dear. A garage sale bin — though we can see the implications to a “bargain” bin — is just the most likely way said little girl would be forced to give her precious friend away. Perhaps a better simile would have been, “Like an overprotective mother carting her still-suckling toddler to kindergarten for the first time,” … actually, you know what? Let’s just forget about the similes for now and concentrate on what else we wrote.

Before we scribble out “game journalist” from our photocopied business cards, we would like to note that we did read your post on NeoGAF and linked it. Twice. In fact, our entire post was written in response to yours, mentioning the rationale for postponing the game in the very first sentence: “to make some fixes and revise some of the criticisms.” The entire second paragraph addresses those bug fixes, quotes your post on NeoGAF (see, told you we read it!) and then closes with a hopeful comment on the delay’s reception (much like your post does).

Now, we could take umbrage with your misreading of our post; we could point out the irony of you criticizing our lack of reading and research; we could even point out the irony of you misinterpreting our “little girl” simile and acting out like … well, let’s just forget about all that. We don’t want to keep fighting! We just want to tell you that we like your candor, always have. In fact, in looking back at all that we’ve said about you and your projects, we found it to be overwhelmingly positive (shared with you below). In short, don’t give up blogging. And definitely don’t give up blogging over a simple misunderstanding! The industry needs more candid developers eager to address their fans and critics alike, not one less.

The #!*?tards Your pals at Joystiq] 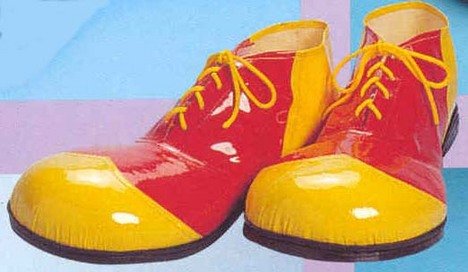 THAT’S IT FOR NOW…SEE YOU SOON.

Well the last few posts have caused more of a stir than I had hoped. One day I will learn my lesson: that people don’t read the whole post, hell people don’t tend to read the post at all, but rather a truncated version of the post posted on another website with just the part of the post that is inflamitory enough to get the haters in a tizzy and get hits on the site(s) in question.

But that’s ok; I mean, it’s the net right? You take the good with the bad; and I’ve had a hell of a lot of good from it and for that- as well as for the bad- I am grateful.

But for the time being, I’m going to go dark. My stylings have upset some folks within the biz I care very much about and that I can not live with. For me, it’s always been silly, stupid fun…you know, giving what I get, talking like alot of folks on geeky message boards do, trash talking,etc. But I guess some folks have taken it to heart and that’s not cool for me. End of the day, even the folks who spew much venom my way, I probably would like very much in real life. As I’ve said before, we’re all geeks and if you can’t get along with a fellow geek, then what’s the point.

Anyway, so CAC is coming out…soon? I dunno. It’s done, so I’m just waiting now for the official word. I’m sure you’ll see the press release when Sony lets it out. But I will be playing online for sure, so hope to see you guys in the game!

But you know, I gotta get off a final parting shot before I go:

TO THE LAME ASS WEBSITE THAT SHALL GO UNNAMED- Fuck you, guys. Go fuck yourselves. What other developer makes a fucking change to a game when a review (IGN’s in this case) has a good, valid point and is willing to open the fucking code up at the risk of more bugs to make the game better? Amazing.But hey, you guys are great, you guys rock. I hope Kotaku fucking puts your ass out of business, wanna be fucktards. And if you were actual journalists you would have read the motherfucking quote I posted on NEOGAF where I said because of the two bugs we needed to fix (not because I was afraid of the bargin bin) we had a window of opp. to fix the magnet problem. Assholes…total fucking assholes.

Ok, that’s it. I will be back soon with an announcement and the next stage of this blog (and my life!) I’ll post the news- assuming it all happens as planed…you never know- sometime this summer. I’ll keep ya’ll posted as the blog will remain open. Nothing set in stone, but the hope is to let you guys know what is up sometime in July.

Take it easy, have a GREAT first part of the summer. I will miss you guys!

ps. oh and JUST to make it CLEAR since it doesn’t seem to be: I like GAMESPOT, have respect for them, always have. Hell I pay for the damn thing every year. I don’t agree with the review but I’ve always dug the folks over there and continue to do so. Hope they will like our next game alot more!