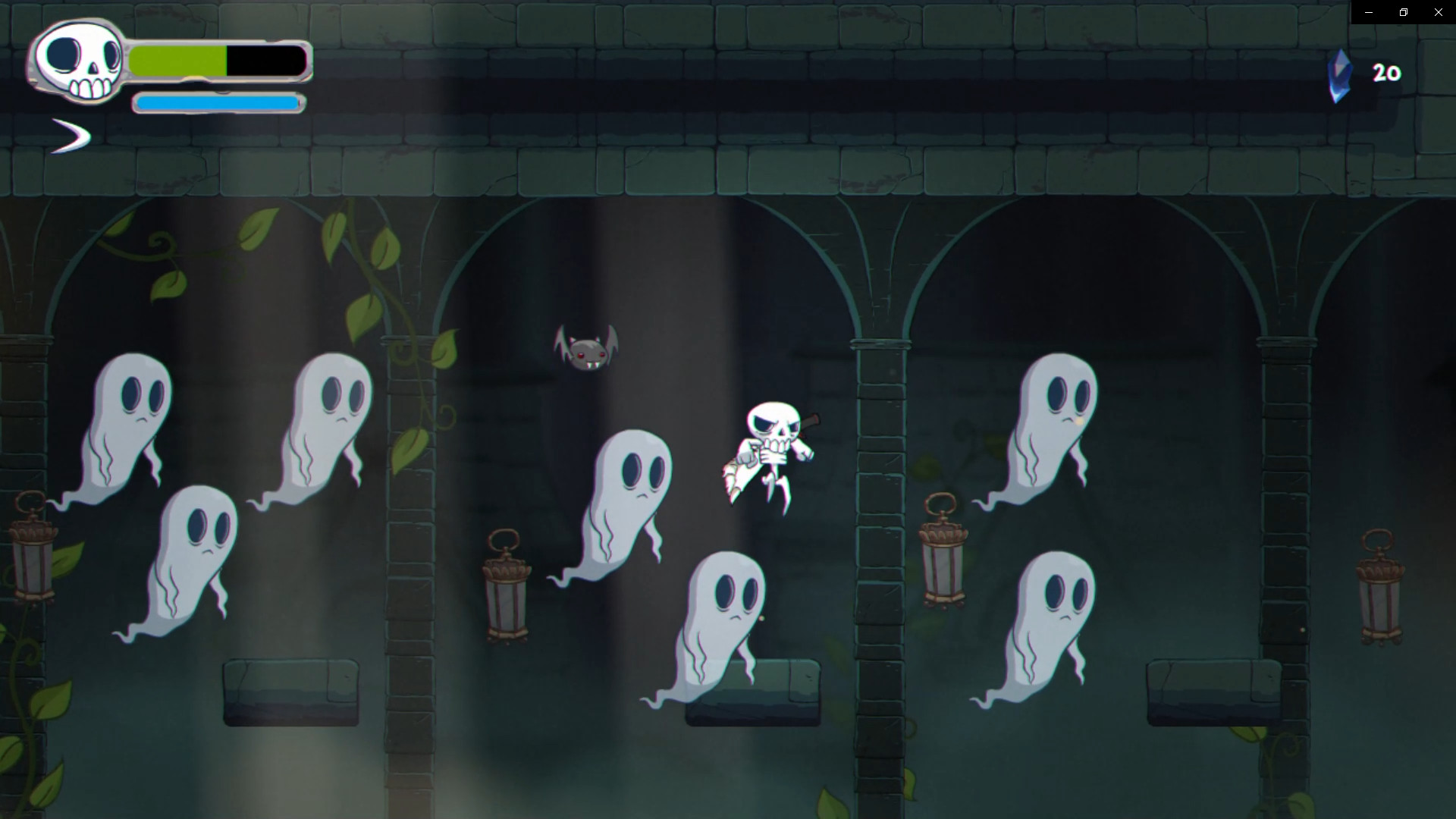 In today’s contest you can win Skelattack for Switch, PS4, Xbox One, or PC!

Look, everyone — cute ghosts! I love cute ghosts. Hell, I am a cute ghost…in the way that I’m ghostly pale and people tend to avoid me at all costs. At least I’m cute!

My mom says so, anyway.

Well if you’re into cute ghosts and awesomely spooky aesthetics, you’re in for a treat! We’re giving away some copies of indie gem Skelattack for pretty much all consoles. Screw Christmas in July; we’re having Halloween in June, y’all.

Our boy Skully recently died, and is just getting used to the afterlife in Aftervale. Everything’s going great until the stupid living decide to invade and steal the Blue Flame, which conjures up of the spirits of the dead. Stupid, idiot alive people! So Skully straps on his sword, wakes up his bat friend Imber, and goes on a crusade to retrieve the hellish artifact and get back to being dead!

This action-platformer is oozing with charm and old-school graphics, so quit readin’ and get to winnin’!

To enter to win your copy, comment below telling us which platform you’d like to win, and your favorite visual aesthetic. As discussed above, I’m a sucker for that mix of cute and spooky like this game has. Give me cutesy skeletons and ghosts, or silly werewolves and vampires, and I’m all yours.

We have two keys per platform to give away (PS4 and Switch keys are for NA accounts); winners will be drawn Thursday, June 11. Make sure to comment using a Dtoid account with your current email address on file. If you’re new to these here parts, create an account here and talk about visual themes with us!

Skelattack is available now for Switch, PS4, Xbox One, and PC.